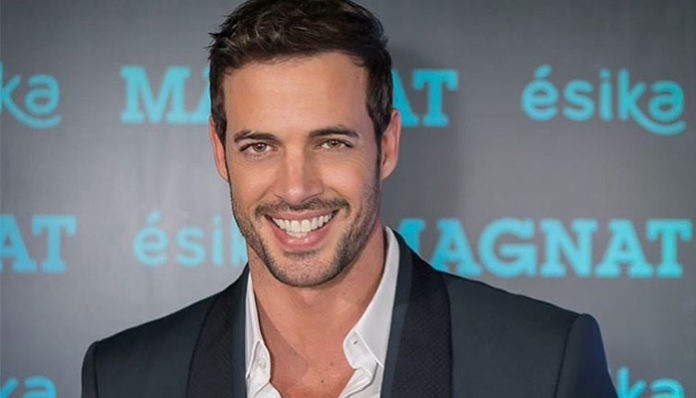 William Levy is a Cuban-American actor who is probably best known for his role in the Mexican television series, The Tempest. Born in the Cuban city of Cojimar, he left his home country for Miami in his teen years when he was fourteen years old. Although he originally had dreams of becoming a major league baseball player, his life ultimately went off in a different directionーhe landed various modelling and acting roles and eventually secured a position on two Telemundo reality series, Soap Stars and Isle of Temptation in his early twenties. It was also around that time that he met Elizabeth Gutierrez, a fellow actress with whom he later began a relationship with; their son was born in 2006, although the couple has since split up. Following a few opportunities on the small screen in the mid 2000’s, Levy received a breakthrough when he was cast as a leading character in the Mexican telenovela, Don’t Mess with an Angel in 2008.

Since then, Levy has appeared in several other Spanish-speaking shows such as Love Spell (2009), Killer Women (2010) and Single Ladies (2012); a couple of highlights from his career include the series Triumph of Love (2010) and The Tempest (2013), both of which are considered by many to be two of the Cuban-born actor’s best recognized roles. For his work in the realm of Mexican television, Levy has received many recognitions in the industryーso far, he has accumulated four Premios Juventud Awards, two Premios Bravo Awards (e.g. Best Actor/Newcomer), a Premios Casandra Award and a Califa de Oro Award (e.g. Best actor). Going on to break out into the English-speaking community in the more recent years, he has starred in a handful of American films including The Single Moms Club (2014), Addicted (2014), and Term Life (2016), to name a few.

Aside from appearing on television in the acting context, Levy has also been featured in a number of American talk shows throughout the 2010’s including The Soup (2011), Live! with Kelly (2012), Good Day L.A. (2013), Kris (2013), and The Chew (2014). Despite his earlier on-screen time however, it wasn’t until he starred as a contestant on the ABC reality dancing series, Dancing with the Stars in 2012 that he first became a household name in the United States. Named as “One of the Most Sexiest Man Live” by People Magazine, Levy paired up with professional dancer Cheryl Burke in the fourteenth season, where he ultimately finished in third place.

So what has the actor of Cuban descent been up to these days? What projects have been keeping him busy these past few years? What happened to William Levy? Where is he now in 2018? 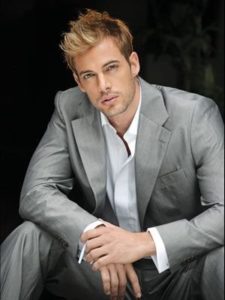 Born on August 29, 1980, in Cojimar, Cuba, William Levy (Birth Name: William Levy Gutierrez) is the son of Barbary Levy and Carlos Gutierrez. Raised by his single mother, he was brought up in a non-religious household as a young child. When he was fourteen years old, Levy immigrated to Miami, where he eventually became a citizen of the United States. An avid athlete as a boy, he immersed himself in baseballーin fact, his childhood dream was to become a major league baseball player upon growing up. Proving himself to be talented in the sport, he later attended Florida’s St. Thomas University on a full baseball scholarship, where he majored in business administration. Following his graduation, he moved to Los Angeles to studying acting; he later continued his training in both Mexico City and Miami.

After landing himself various modelling gigs with the Next Models Agency, Levy was featured in two Telemundo reality series called Protagonistas de Novelda 2 and Isla de la TentacionーSoap Stars and Isle of Temptation respectively in English, in 2002. Eventually dipping his feet into acting, he appeared as an actor for the first time in the telenovela, Mi Vidas Eres Tu (You Are My Life) in 2006, playing the role of a minor character named Federico. Soon afterwards, he landed another minor part in Olvidarte Jamas (Always on My Mind) later that same year. Over the next couple of years, Levy continued to appear in a steady stream of Mexican programmings such as Acorralada (Trapped), Pasion (Passion), and Plaza Sesamo (Sesame Street). A few years after making his television debut, he received a breakthrough when he was cast as lead protagonist for the first time in Cuidado con el Angel (Don’t Mess with an Angel) in 2008.

William Levy’s Career on Television Throughout the Years 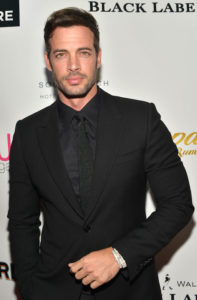 Created by Cuban screenwriter Delia Fiallo, the Mexican telenovela Don’t Mess with an Angel first aired on  Canal de las Estrellas in the summer of 2008. Starring Maite Perroni, Helena Rojo, Ana Patricia Rojo, Laura Zapata and Ricardo Blume, the series revolved around an orphaned girl, who through many obstacles, is able to find her family and the love of her life. Adapted from a 1974 Venezuela telenovela called, Una Muchacha Ilamada Milagros, the show was widely popular in the Mexican communityーhaving attracted close to five million viewers to their screens every day during its run. Critically acclimated, Don’t Mess with an Angel was significant in the launching of Levy’s acting career. For his role as main character Pablo Cisneros, he won a Premios Juventud Award for “What a Hottie!” and a TV Adicto Golden Award for “Male Revelation” in the late 2000’s. Filmed in Mexico City, the telenovela continued for close to two hundred episodes before coming to an end in March of 2009. To this date, it is regarded by many to  be Levy’s first breakthrough role as an actor.

Shortly after the end of the 2008 telenovela, Levy landed another lead part in Sortilegio (Love Spell) the following year in 2009. Written by Claudia Velazco, the show which was a remake of a 1985 series, followed the life of a man named Alejandro, who after going through a terrible accident, finds out he is married to an innocent woman named Maria Jose, who was lied to by his brother. While the Cuban actor played the part of Alejandro Lombardo Villavicencio, Mexican actress Jacqueline Bracamontes portrayed the role of Maria Jose; other members of its case include Gabriel Soto, Chantal Andere, Ana Brenda Contreras, Daniela Romo and David Zepeda. Well received amongst viewers in Mexico, Sortilegio (Love Spell) ran for five months and eventually came to an end after ninety-five episodes.

After a minor role in the TV series Mujeres Asesinas in 2010, Levy received another break when he was cast as the main protagonist in yet another Mexican telenovela called Triunfo del Amor (Triumph of Love). A remake of a previous telenovela entitled El Privilegio de Amar, it was produced by Salvador Mejla Alejandrew and starred Victoria Ruffo, Maite Perroni and the actor himself in the lead parts. Originally broadcast in Mexico in October 2010, Triunfo del Amor (Triumph of Love) depicted the love story between a wealthy man who works in a fashion house and a young woman who wishes to become a professional model. Greatly praised upon its premiere, it received many awards and nominations including one for a TVyNovelas Award for “Best Telenovela of the Year” in 2012. In the romantic series, Levy portrayed the part of Maximiliano Sandoval Montengero, the son of the female protagonist, Victoria Gutierrez. One of the most popular telenovelas on television at the time, it ran for a total of 176 episodes.

Fast forward three years later, Levy was cast in the popular Mexican telenovela, La Tempestad (The Tempest). Based loosely on an earlier Colombia series, it centred around a young woman named Marina, who gets fired from her job after trying to help a colleague who’s fallen victim to a rape; in a twist of fate, a mysterious women later approaches and offers her a job at a small fishing village. While actress Ximena Navarrete played the part of Marina Reverte Artigas, Levy portrayed the role of male lead, Damian Fabre. Originally released in May 2013, La Tempestad (The Tempest) garnered many awards and nominations during its six month run; for his performance, the actor also received a Premios People en Espanol Award nomination for the category of “Best Actor.” Shortly after the telenovela was made available in its native Mexico, it began airing on Univision in June 2013. The Spanish-speaking series ultimately went on for 121 episodes.

Despite his popularity in the Latin-American country however, it wasn’t until he competed on ABC’s Dancing with the Stars in 2012 that Levy first achieved celebrity status in the United States. A contestant on the fourteenth season of the show, the actor was partnered up with two-time Mirror Ball winner, Cheryl Burke. For their first dance, they performed the Cha-Cha-Cha accompanied by the song International Love and were given a score of “8” by all three judges. Later tackling other dance moves such as the Quickstep, Salsa, Jive and Argentine Tango, the pair found themselves buzzing through many of the earlier rounds. Despite having achieved a few perfect scores however, they were eventually eliminated during the finale; Levy and Burke ultimately finished in third place after singer Katherine Jenkins and NFL wide receiver, Donald Driver, who ended up being the winner of the competition. 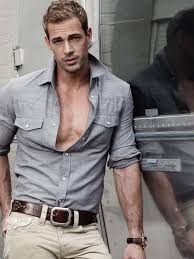 Involving himself in more English-speaking projects, Levy will be making an appearance in an upcoming action flick called, Resident Evil: The Final Chapter. The sequel to the 2012 Resident Evil: Retribution film, it will be the final instalment of the franchise series. Set immediately after the events of the preceding film, the movie will centre Alice who must return back to Raccoon City in order to fight as humanity’s last stand against the undead hordes. Currently set for a January 2016 release in North America, Resident Evil: The Final Chapter will be starring actors Milla Jovovich, Ali Larter, Ruby Rose, Eoin Macket, amongst others. Although details regarding Levy’s character is unknown, he will be playing a man named Christian in the film.

In addition to the sci-fi horror movie, Levy has just recently finished filming for an adventure film called, The Veil, which is currently in the post-production stages. Set in a war-torn land, the movie depicts the story of a deadly warrior, who after being betrayed by his own, sets off to lead a destructive war campaign after being healed by a mysterious princess. While the warrior is played by none other than the actor himself, other cast members include William Moseley, Sereinda Swan, Nick E. Tarabay, Adam Gregory, Brett DelBuono and Billy Blair. For more information about the upcoming movie, feel free to visit The Veil‘s official Facebook page.

If you’d like to stay up-to-date with the Cuba-American actor, you can do so by following William Levy on social mediaーyou can find the Spanish-speaking star on Twitter (@willylevy29) as well as on Instagram (@willevy)! Don’t forget to also check out his official Facebook page for some of his latest news!