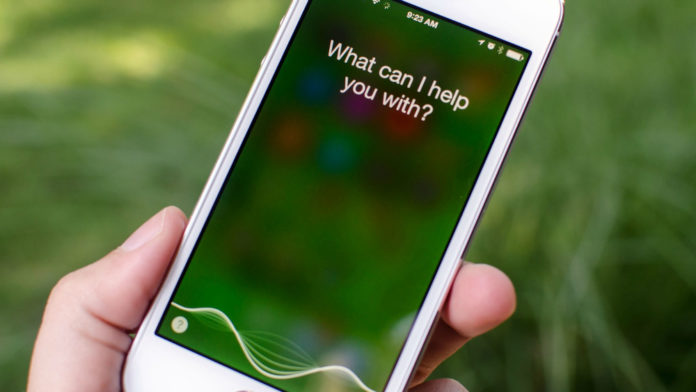 Everyone dreams of having an army of different personal assistants. A personal chef to cook for you. A maid to clean your house. A chauffeur to take you to and from work. Although modern iOS apps can’t exactly replicate those kinds of experiences for you, they can replicate the experience of having a personal assistant. Siri was really the world’s first foray into digital personal assistance, and although the functionality may be popular, it isn’t perfect. From voice recognition to scope, there are plenty of things that you can complain about with regards to Siri. 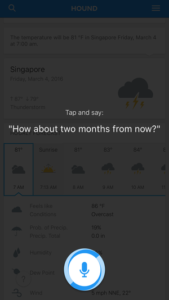 Hound is a personal assistant app that comes to us from the same folks behind SoundHound, the well-known music recognition application. Leveraging their knowledge in voice and sound recognition, this developer decided to apply their prior experience in creating a digital personal assistant. Unlike some of these apps, where specific syntax is crucial, Hound allows you to speak naturally while you ask questions. Hound calls this technology “language understanding”, which basically means that their voice recognition isn’t limited to structured, simple sentences. You’re also able to start with a simple request, which you can refine with more specific details later. This is unique, because it often feels more like you’re having a conversation than like you’re using a voice-activated search engine.

With Hound, you can say things like, “Find me a pizza place in Boston within walking distance of Boston Commons.” If you decide to start more vaguely, you can just ask for a pizza place and refine your result with future commands. This personal assistant app is fast and effective, but my only real complaint is that it isn’t completely optimized for iPad use. Although personal assistant apps are great for iPhone, this restriction makes Hound a bit less accessible than I would like. Outside of that small flaw, I think that this is a great app for someone who wants a super intelligent personal assistant app. 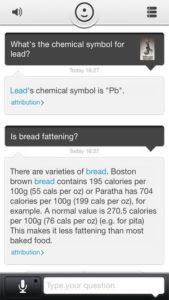 I mentioned before that Siri is considered one of the first voice-activated personal assistants out there. Evi is an app that serves as a Siri replacement. The two assistants function in a similar way, although in my opinion Evi is more like a search engine. Siri is primarily used to create calendar events, send text messages, create reminders, and so on. However, if you’re someone who would prefer to use a personal assistant to ask questions, Siri can be a little underwhelming. For most specific questions, Siri will redirect you to your Internet browser to read up on the subject yourself. Evi doesn’t have that issue. Packed with nearly a billion facts, this completely free personal assistant app is built for the intellectually curious.

Evi is great for students in that right, but I also like how they give you the chance to use text input over voice input. I know what you’re thinking. If you can use text input, then what separates this from plain old Google? Evi is a more advanced search engine, in that it filters through false results and responds with an easy to understand, paraphrased answer. If you don’t think that the answer is satisfactory, then you can use the answer rating system to help improve the app. All in all, I think that Evi may not be as “personal” as some other personal assistant apps, but it still has a lot of merit as a helpful tool. 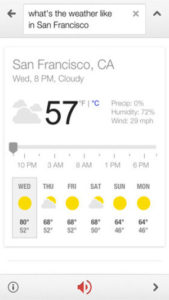 Apple came out with Siri, and it’s no surprise that Google would come back with a response. Google Now is their increasingly popular personal assistant, and a lot of its popularity can be owed to the fact that it’s natively supported by many Android devices. Although the functionality on iOS isn’t quite as good as it is on Android, you’re still coming out ahead with this one. Google’s personal assistant is particularly potent due to how closely integrated it is with your personal life. Think about it. Through Google, you can connect to Google Wallet to manage funds and recent orders, Google Maps to analyze location, Google Calendar to manage personal events, and so on. In this case, the size of Google is directly proportional to the scale of this app.

Like I said though, you’re getting a more watered down version in the iOS version. There is no dedicated iOS app for Google Now, but the personal assistant is included in the traditional Google application. Because of the fact that most people have (at least) one account with Google, this is also one of the most easily personalized apps on this list. You’re able to customize your feed however you like, and you’re able to access and change information that only you typically have access to. Since so many people already use Google products, too, there isn’t much set-up involved. If you’re looking for a more convenient personal assistant iOS application, then I think that Google Now is the way to go. 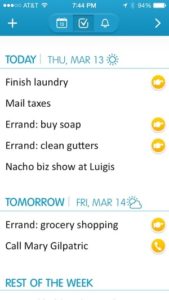 The core idea behind 24me is consolidating all of your typical utility apps into a single place. Imagine a personal assistant in real life. What would you find on their desk? A day planner. A notepad. A calendar. Although this app doesn’t place as much of an emphasis on being able to grab random knowledge, it still captures that personal assistant experience. Basically, the app is a calendar, task manager, and notepad all in one. With 24me, you’re able to have your entire schedule all located in one place. If you’re like me, then you have different appointments and reminders listed all over the place. This app makes that issue a thing of the past.

One of my personal favorite aspects of this app is their smart alert functionalities. These alerts can sometimes cover simple things, like reminding you of the next day’s agenda, or telling you what the weather will be like while you get ready to leave the house. It can also do some pretty cool stuff, too, like tell you when is the right time to leave a meaning based on real-time traffic conditions. For those of us who aren’t able to reasonably have someone follow us around and assist us in virtually every aspect of our professional lives, 24me is about as good as it gets. It’s simple, easy to use, and its free version has more features than most people would ever need. 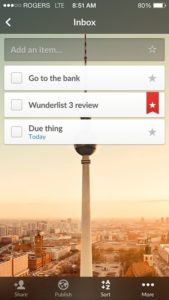 I’ve talked a little bit about Wunderlist before, when I was ranking some of the best to-do list apps. As the name implies, Wunderlist is more about list making than anything else. You can’t expect to be able to sit down with this app and quiz it on state capitals. However, when it comes to list making and task managing, it should be your go-to. My favorite part about Wunderlist is how configurable it is. If you want to use this app to create a grocery list, then you can. If you want to use this app to manage a professional project, then you can. In fact, you can do more than just manage the project. With Wunderlist’s collaborative sharing features, you’re able to share the lists that you make with friends.

Wunderlist is massively scaleable, which basically means that it can find a perfect use in just about any situation. It can become as simple or as complicated as you need it to be. If you want to create a list of 20 tasks with 4 subtasks under each task, then you can. If you want to set a daily reminder for certain tasks, then you can. Although this app doesn’t have the kind of search features that you can find in other personal assistant apps, I personally think that by focusing its efforts on list making and task management, they’ve really cornered that portion of the market. No one really does this better than they do. However, if you’re looking for a more versatile tool, then I admit that you may want to look elsewhere.