The Top 10 Restaurants that went Bankrupt 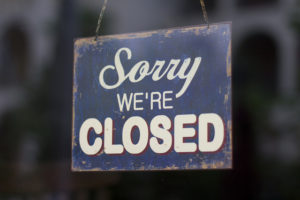 With the constant presence of McDonalds, KFC, or Nando’s (depending on where you live) it may be hard to remember that breaking into the restaurant scene is quite difficult. In fact, many investors see opening a food joint to be one of the riskiest things someone can do with there money. Here, we take a look at the top 10 restaurants that tried to make it, but went bankrupt. Due to the vast size of the industry, this article will focus mainly on restaurants that attempted to be large national or international chains. Those included on this list either solitarily went under, or were merged by another chain after it was determined that bankruptcy was inevitable.

Starting off our list is a failed burger joint by a wildly successful Country singer. It could be said that the failure of Twitty Burger wasn’t entirely the failing of the company itself, but due to a suit filed against Twitty due to tax issues with the IRS. Featuring the Papa, Mama, and Itty Bitty Twitty burgers, the fast food joint would not last long (despite the recipe for all of them still being only a Google search away) and was a sign of what could have been if this Mississippi Man would have had his way. 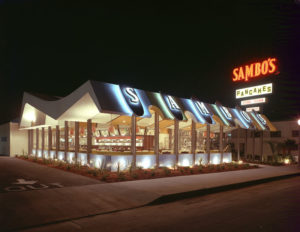 It’s hard to find a place to begin in describing why this restaurant failed. Was it because Sam Battistone and Newell Bohnett combined their names (supposedly without noticing) into a name identical to a racial epithet? Was it that the restaurant kept an unsustainable growth model that mismanaged equity sharing among both owners and managers? Or, was it simply that by the 1980’s, the taste of America had changed too fast for the chain? Whatever the case, the chain lasted just over 20 years, and many failed locations would go on to become other diners by far more acceptable names. 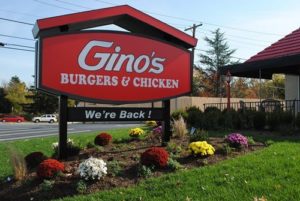 We’ve all seen sports bars and restaurants that are covered in memorabilia that have at least one sports stars seal of approval. It was Gino’s Hamburgers that may have started this decades old tradition, being named after NFL player and Hall of Fame member Gino Marchetti. Seeing some modicum of success, this chain would feature the well known comedian Dom DeLuise as their primary spokesman, dressed as “Gino’s Genie”. However, big names weren’t quite enough to carry this brand, and it would be sold and merged with the Roy Rogers restaurant chain. There may be light at the end of the tunnel for fans of Gino’s though, as the brand has a new chain by the same name, starting in 2010. 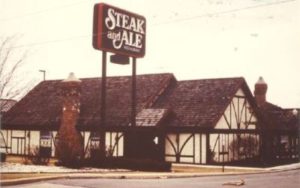 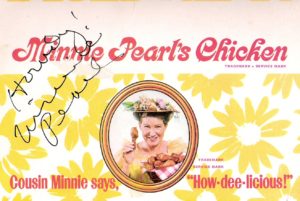 While many people may not remember the Minnie Pearl Fired Chicken chain, there was at one time a massive controversy why the chain went under. Some blame cooking the books instead of the food, some blamed franchising riddled with cheaters, and some have even blamed the former President of the United States Richard Nixon for the failure of the chicken joint. What had actually caused the failure wasn’t the food, or the politics. It was the simple fact that most of the money the company made was made by selling franchises to those willing to give the chicken business a try. Before long, the explosive growth would slow and implode onto itself, leaving the world one less place to get crispy goodness. 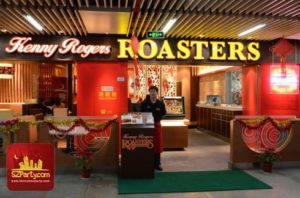 One of the most unique cases of bankruptcy comes from another celebrity owned chicken restaurant, Kenny Rogers Roasters. Not only did Kenny Rogers partner with a former KFC head John Brown in 1991, but in 1996 the chain became a focal point for the world wide hit and show about nothing, Seinfeld. Despite both wide spread recognition and great marketing expertise, the restaurant chain which focused on old fashioned southern goodness dropped out of popularity in 1998 and stopped function but for one location in California until the late 2000s, where this too ended up closing. However, after the rights and recipes were bought by a Malaysian company, Kenny Rogers Roasters has seen a wildly successful rebirth- in Southeast Asia. 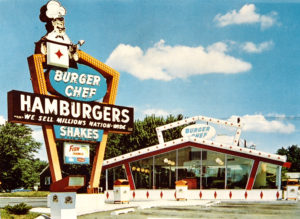 There was a time where McDonald’s main competition was not Burger King. It was instead Burger Chef. In the 1950’s, the food industry had embraced the idea of the mass produced, the efficient, and the idea of the future of food. None did this more than the Chef, whose 1,200 locations came with conveyor belts of burgers and auto blending shake machines. While experiencing quite a bit of success, it would soon become clear that the company (owned by General Equipment Manufacturing) the stores would outgrow the expansion of their customer base, going under soon after reaching their peak. One trick of the Chef remains to this day however; They were the first to pack toys into kids meals as a way to increase customer turn out.

For every success, there are at least a handful of imitators who can’t quite copy the magic. A prime example of this success and failure pairing is the famous White Castle, and the not so successful White Tower. While White Castle’s iconic medieval set-up and steamed burgers have been a popular Northeast institution, White Tower’s medieval set-up, steamed burgers and number of lawsuits for copy right infringements have not quite been as popular. Having over 200 locations during the 1950s at their peak, this franchise disappeared soon after handling a then massive $82,000 fine for aforementioned copying, and would see a dwindling consumer base that caused the chain to pull up the draw bridge for the final time. 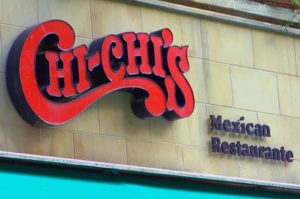 What do you get when you have two Scotsmen in Minnesota? Apparently, a Mexican restaurant with a pretty decent success streak that ended in absolute tragedy. A former Green Bay Packers player (Max Mcgee) would pair himself with Marno McDermitt, a professional restaurateur, to bring some baja heat to the cold upper Midwest. With huge portions of spicy Mexican cuisine, the two would find massive success in the 1980s, popularizing the notion of Mexican casual dining in the region. However, this would come to an end primarily due to a nasty Hepatitis A outbreak, which was traced back to a bad batch of green onions that were served at Chi-Chi’s. This outbreak would sicken over 600 people and would kill three Pennsylvanians, closing the door to the company for good. 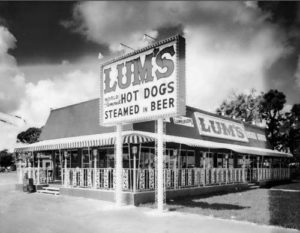 Ending our list is a Miami Beach restaurant that served beer boiled hotdogs until their demise under the direction of a chicken king. Originally a small time acquisition by a pair of brothers not finding happiness in sales or law, Lums became a big time player in Miami and elsewhere for their hotdogs, and found that part of the secret to success in the field was to be inviting- namely, to ensure that the restaurant doors were glass as opposed to wood. At its peak stretching to over 400 franchises part of the perfect storm that took Lums down was having a income strategy similar to Minnie’s, in that franchise sales were seen as immediate profits and thus ran a great risk of company wide collapse. KFC’s John Brown would jump ship (buying the company from the brothers right before the franchises went under) and then sell it to a German company that was also on the verge of failure soon after. One location would remain open after this debacle from 1980 until closing its doors finally in 2009.