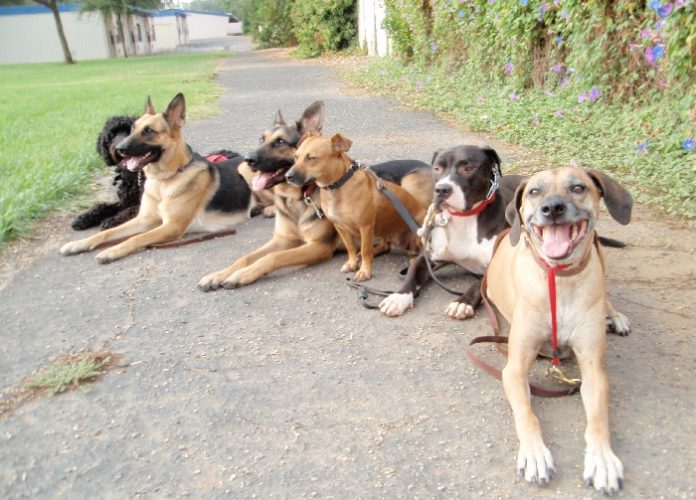 Of all the other species that we share our World with, there are few who are held in such high regard as mans best friend. Humans have domesticated and maintained dogs since pre-historic times due to their advantages as a protector and as a companion. Humans have also selectively bred domesticated dogs for millennia until eventually we have created the breeds that we know today. Our selection of certain genetic traits in the breeding process has led to breeds that are now faster than ever before, more agile than ever before, and of course, stronger than ever before.

Throughout history the dogs importance and prevalence as a guard and protector for its master has created the motivation to produce the strongest dog breeds to protect us, but also for that breed to be easily domesticated and obedient, but which dog breeds today are the biggest and strongest breeds of all? Read on to find out. 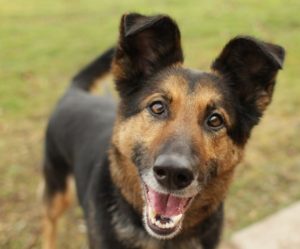 Intelligent, Loyal and easy to train, The German Shepherd Dog has long been the favored working dog of Law enforcement and security companies. Although the German shepherd Dog is not that big compared to other dogs on our list, their speed and agility, combined with a bite force of 238 pounds makes them a formidable opponent to those it sees as a threat. Their fierce loyalty makes them an ideal protector and friend to families, but the German Shepherd Dog’s intelligence has seen it extensively used in search and rescue teams, military roles and even roles in show business, due to the high level of training and obedience that the breed is capable of. The Breed is the second most registered breed with the American Kennel Club mainly due to the safety of the dog in home settings when properly trained. 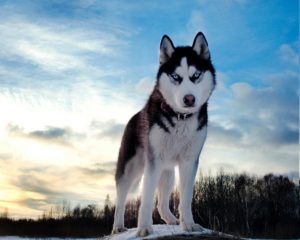 Immensely strong and bred to be resilient to extreme cold temperatures, the Siberian husky is an ideal working dog that made the pioneering explorers of the polar regions able to survive and travel. The Husky originated as a working dog from the wilds of Northern Siberia, Russia and is instantly recognizable by its thick double coat which protects its from the elements with a soft undercoat and a rougher topcoat. Not only does this double coating of fur protect it from temperatures as low as -76 °F (-60°C) , it also effectively reflects heat in the summer to avoid overheating. Although not always suitable for every home due to its ability to jump fences over 6 feet with ease, and a tendency to howl rather than bark, the husky can be fiercely loyal, great with children and an ideal pet as long as the proper level of training has been provided. The husky has a bite force of over 320 pounds and they will commonly live for over 15 years, despite their large size. Although the Husky is only of average height, usually growing no higher than 20 inches, its muscle packed frame can easily weigh over 60 pounds. 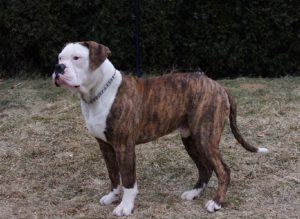 The American Bulldog is stocky, muscular and well-built, and is one of the most commonly used working dogs in the United States. They are confident dogs with a highly social temperament and tend to bond strongly with their owners. The American Bulldog often requires a large amount of attention due to their highly emotional characteristics, and they can be very tolerant around children and younger family members as long as they are socialized early in life. The American bulldog typically stands between 20 to 28 inches high but the breed is quite capable of jumping vertically to over three feet due to their immense muscular strength. As a working dog, the American bulldog can be a formidable deterrent with a fiercely aggressive nature towards those it sees as a threat, and it packs a bite force of over 300 pounds. 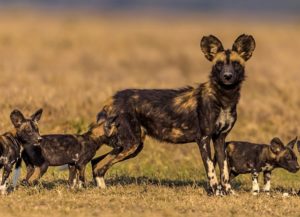 If you’re a fan of dogs then most breeds on our list will be quite familiar to you, but you may not have heard of the African Wild Dog, sometimes known as the African Hunting Dog or African Painted Dog. This natural hunter is native to the wild lands of Sub-Saharan Africa, and despite being under threat as a species by humanity’s encroachment onto its natural territory, the African Wild Dog remains one of the most genetically diverse of any dog breed in the World today. Although it is a canine, the Wild Dog is from an offshoot of the species that has fewer toes and teeth. The African Wild Dog lives in a highly complex social system and thrives as part of a pack, unfortunately the threats to the species from man, and disease have led to its numbers being reduced to barely 6,000 today. Although smaller than many other breeds, the pack hunting instincts of the African Wild Dog make it a natural predator for antelope and other African herds, mainly due to its ability to run down its prey at speeds of up to 41 MPH, and maintain the pursuit for up to an hour if it needs to. 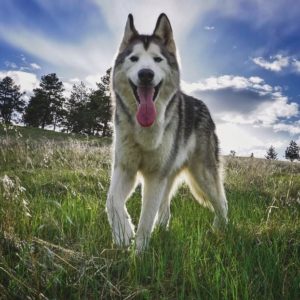 The Wolfdog, which is also commonly known as a Gray Wolf, can be one of the most dangerous breeds on the list, mainly due to its inheritance of wild instincts from its less domesticated predecessors. Its creation is largely due to the natural interbreeding between dogs and Gray Wolves, who share much common ground in their respective genetic make-ups, however with the correct training and care the Wolfdog can be fully domesticated and prove to be a formidable guard with immensely strong characteristics. The breed commonly grows to a height of over 30 inches and often weighs in excess of 120 pounds, but with a bite force of over 400 pounds it is a natural born killer and is potentially dangerous if not domesticated early on in life. 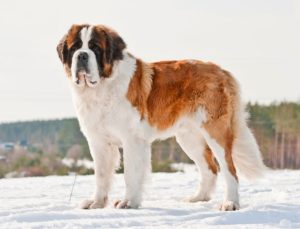 The Saint Bernard is most well known as a loyal companion and perfect house pet to have around children, but the breeds gentle characteristics only mask it’s immense physical strength. The Saint Bernard can grow to over 30 inches and it’s not uncommon for the largest males to weigh in excess of an incredible 300 pounds. Although larger breeds tend not to live as long as the smaller ones, the Saint Bernard has a life span of up to ten years despite it’s immense size. Used extensively throughout history as a search and rescue animal, the Saint Bernard is perhaps best known for finding people buried in snow after avalanches. 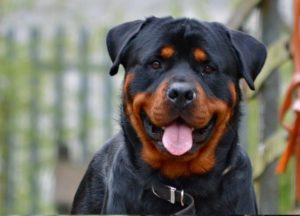 Another great house pet beloved by dog owners everywhere is the Rottweiler. This breed is known for it’s loyalty, obedience and good temperament. The Rottweiler responds well to good training and is easily domesticated, but as any Rottweiler owner knows, they are quick to defend their family and territory when they perceive a threat. The breed is packed with muscle, is quick and agile and also has a bite force of over 320 pounds. The Rottweiler can reach a height of up to 27 inches to the shoulder and the largest males will attain a weight in excess of 130 pounds of solid muscle. Due to its intelligence, obedience and ability to work so well with humans, the Rottweiler is also extensively used in search and rescue operations, as guard dogs, and as guide dogs for the visually impaired. 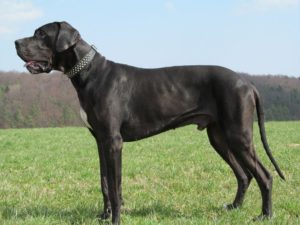 The Great Dane is generally recognised as one of the tallest, if not the tallest of all dog breeds. The tallest dog ever recorded was a Great Dane that stood 44 inches high to its shoulder, and well over seven feet when stood on its hind legs. Originally bred as a German hunting dog the Great Dane combines a huge frame with great elegance and grace of movement, so agile is the huge breed that they were originally used to help hunt boars and bears for European Royalty, often holding the injured prey down until a hunter could finish the kill. The breed, also known as a German Mastiff has become known as the gentle giant of dog breeds due to its friendly nature and appreciation of physical affection. They are a great companion to the family and are superb around children and other dogs, but like all dogs, they require training early on in life in order to make them comfortable in domestic situations. 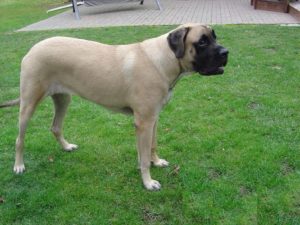 The business of Dog Breeding is a very serious endeavour, where the slightest imperfection can be seen as a major problem by breeders, but humans deliberately breeding dogs to create specific characteristics far pre-dates Darwin’s thinking on evolution. There are many different types of mastiffs, all of whom are believed to have descended from one common ancestor back in the time of ancient Greece, but the English Mastiff, which slightly confusingly is sometimes known simply as the Mastiff, has in more recent times been developed as a breed to possess a huge stature. The largest males will grow larger than 30 inches high and can weigh as much as 250 pounds. Apart from its immense size the English Mastiff is notable for it’s huge head, which always has a black mask, and it’s sturdy muscular body, which contributes to its heavy weight, and a bite force of over 550 pounds, but fortunately the English Mastiff is also known for its gentleness, loyalty and ease of domestication, but due to its physical size, and excess of energy, it is best suited to rural or country areas. The heaviest weight that was ever recorded for any dog was an English Mastiff that stood 37 inches tall and weighed over 340 pounds, or equivalent in size to a small donkey. The Dog, named Zorba was also the longest dog ever recorded, stretching over 8 feet from nose to tail. 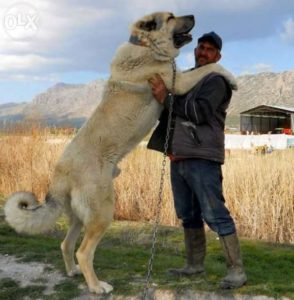 Even among all of the previous dogs and their immense physical strengths, there is one breed that stands alone in terms of weight, size, agility and natural aggressiveness towards predators, and that is the Kangal. Although often referred to as a herding dog in its native Turkey, the Kangal, a type of Mastiff, is a flock guardian that considers sheep or other livestock under its protection as part of its family. The Kangal, which can grow to 34 inches in height to the shoulder, and weigh up to 180 pounds, is typically used as protection against wolves, jackals and even bears in Turkey, and is even strong enough to see off big cats such as cheetahs and lions. The Kangol in recent years has been exported to parts of Africa such as Kenya and Namibia, where it is used to protect livestock from predators. Despite the incredible power and strength of the Kangal, it is protective, loyal and extremely gentle with its human owners, small children and other animals, due to its attitude that humans it interacts with are just part of the ‘flock’ that it protects, and this positive benefit to the breed has led to it becoming more popular as a guardian for families as well as extensively used as a working guard dog.