What Happened to Triple H – What’s The Wrestler Doing Now

Triple H is one of the superstars in the World Wrestling Entertainment (WWE) who’s been around for two decades in a career marked by championship reigns, epic rivalries, and corporate work.

Before we find out the latest regarding Triple H, let’s first revisit his journey towards superstardom.

Paul Michael Levesque was born on July 27, 1969, in Nashua, New Hampshire. He grew up to an athletic lifestyle that involved basketball and baseball, and soon enough the wrestling bug bit the young Triple H after watching shows on the television. At the onset of his teenage years Triple H joined the local gym Muscle in Motion and ventured into body building so he could achieve the physique like his idols that wrestled in the squared circle. He started pumping iron at 14 weighing 135 pounds, and after graduating from high school Triple H was jacked at 200 pounds.

Triple H joined many bodybuilding competitions and even bagged the prestigious Teenage Mr. New Hampshire when he was just 19. He once trained with famed bodybuilder Kevin McGaunn and together they co-managed a local branch of Gold’s Gym. Around this time Triple H met powerlifter and wrestler Ted Arcidi who was currently part of the WWE roster, and this meeting led to the first steps in the aspiring wrestler’s journey to the ring. 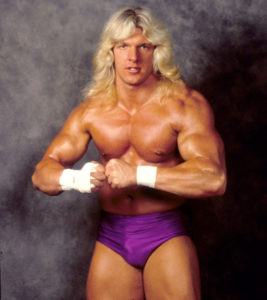 As per Arcidi’s recommendation Triple H signed up for the wrestling school in Malden, Massachusetts, which was helmed by Walter “Killer” Kowalski. Triple H felt right at home when he stepped into the ring just like his first time in picking up a weight. He had a knack in quickly learning moves which impressed Kowalski. Three months later Kowalski included Triple H in the roster of his own promotion Independent Wrestling Federation (IWF) where the young star was known as Terra Ryzing.

It was in the IWF where Triple H had his first taste of the Heavyweight Championship wrapped around his waist. He also wrestled for other independent promotions throughout the East Coast under different managers. Triple H then decided in 1994 that his career in wrestling needed a step up, hence his decision to join the World Championship Wrestling (WCW) promotion, but he only did so to serve as a stepping stone towards his ultimate goal which was the WWE.

Triple H had to be creative so he could get into the WCW. He cooked up a resume that listed his wrestling experience as five years instead of one, and he also compiled professional photos and tapes that contained his best matches. He went to a gym convention and met Chip Burnham, a WCW employee. The two talked and got to know each other well, and Triple H then handed the material to Burnham, who then handed it to then-president Bob Dhue. Soon he was summoned by then-executive Eric Bischoff and Triple H had his debut match in Atlanta as Terror Risin’.

WCW initially offered Triple H a two-year contract but he only wanted one year as he wanted to get to the WWF as soon as possible. In his early months in the promotion Triple H’s rookie-level moves were quickly noticed by veteran wrestler Terry Taylor which contradicted his “five-year” experience in the resume. Triple H admitted to Taylor about the bogus information and the latter offered to polish his moves. Later on Triple H was summoned to do promos for his new character Jean-Paul Levisque, a French villain. He had a brief partnership with his British counterpart Lord Steven Regal in the mid 90s before Triple H decided to call the WWE mogul Vince McMahon and jumped ship even though the pay was lower than what WCW offered.

Triple H in the WWE

Triple H had his WWE debut during an episode of Wrestling Challenge on April 29, 1995 as Hunter Hearst Helmsley. Triple H was heavily promoted during his early months in the promotion until it stalled around 1996. He also became part of the backstage group The Kliq composed of real-life friends Kevin Nash, Sean Waltan, Scott Hall, and Shawn Michaels. They were believed to possess a good amount of influence towards the creative aspect of the WWE.

up was also infamous for the Madison Square Garden Incident (or MSG Incident) wherein they broke character in front of a live audience as they bid farewell to Hall and Nash, a big deal as WWE was pretty strict in maintaining the lines between hero and villain back then. Because of the incident Triple H was punished by McMahon himself, forcing the wrestler to fight green wrestlers and lose a shot at the championship. Triple H accepted his punishment without question, thus earning him the legitimate respect of the other wrestlers.

One of the highlights of Triple H’s career was in 1997 with the formation of the stable D-Generation X and his change of name to what we know now. In the 2000s he became part of renowned heel (villainous) factions like The McMahon-Helmsley Faction, The Power Trip, The Corporation, Evolution, and The Authority, and became the on-screen Chief Operating Officer of the WWE in 2011.

Triple H Outside the Ring

Triple H also has responsibilities within the company that take place outside the ring. In 2010 he was appointed as Senior Adviser of WWE, and a year Triple H became Executive Vice President, Talent and Live Events. Through this position Triple H handles WWE’s global presence, and the recruitment and development of superstars which led to his founding of the developmental promotion WWE NXT. In 2013 the 26,000 square foot WWE Performance Center was erected in Orlando, Florida, and Triple H was among those who oversaw its construction. During the same year Triple H added “Creative” to his title as his job description now includes working on the WWE’s creative direction. 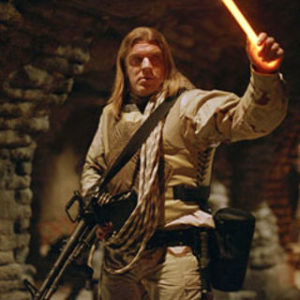 Just like other superstars Triple H also had his fair share of acting work. His first appearance was in the drama series Pacific Blue in 1998 while his film debut was in the 2004 superhero flick Blade: Trinity. His first leading role was in the 2011 comedy The Chaperone, followed by drama film Inside Out also in the same year. He is one of the superstars who provided voices for their respective characters in the 2014 animated film Scooby-Doo! WrestleMania Mystery made in collaboration with WWE Studios.

Triple H made a surprise appearance in the Royal Rumble last January by being the 30th entrant and the winner as well, securing his ninth World Heavyweight Championship victory. He lost the title in the critically-panned main event of WrestleMania 32 three months later. Around this time The Authority was disbanded and Triple H took time away from the ring to focus on developmental duties, only returning last August 29 to help Kevin Owens win the Universal Championship versus Seth Rollins and Roman Reigns.

Fans are eagerly awaiting Triple H’s next appearance as he again vanished after his betrayal of former The Authority comrade Seth Rollins. Speculations are abound as to when the King of Kings will come back to the squared circle, but there is a possibility that he will be wrestling again in February after Royal Rumble to give time for his feud with Rollins to build up for WrestleMania 33. NXT still has three tours set for January, not to mention the upcoming NXT TakeOver: San Antonio on January 28, 2017, and Triple H will most probably be devoting his time on those shows.

Last May Triple H signed a new deal that will extend his time as a wrestler for three years. Expect to see the Cerebral Assassin delivering Pedigrees until WrestleMania 36.

WWE Studios once again made another animated flick about the brown Great Dane with Scooby-Doo! And WWE: Curse of the Speed Demon where Triple H and his wife Stephanie McMahon voice their respective characters. Triple H also voices his pumped-up penguin counterpart in the upcoming Surf’s Up 2: WaveMania set for release next year.