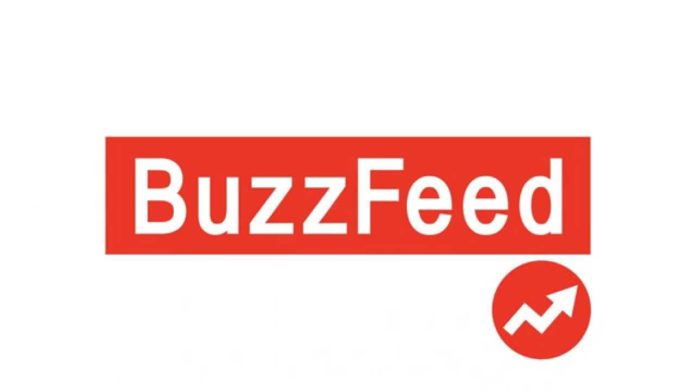 BuzzFeed is one of the most popular media companies in the entire world. They do everything, functioning as a journalistic publication, a news aggregate, and as an entertaining content creator. The company was founded 10 years ago, and since then, they’ve developed something of an online empire. If you use the Internet frequently, I would hazard the guess that you have interacted with BuzzFeed in some way in the past. Whether you’ve watched one of their viral videos, read one of their listicles, or heard about them on the news, I think that it’s hard to live in this digital age without at least being vaguely aware of this massive media company. You may be happy to know that this company regularly communicates with its fans through social media platforms such as Snapchat, Twitter, and Facebook.

Believe it or not, BuzzFeed did not actually begin as a content creator. When the company was founded in 2006, it was meant to serve as a viral lab. What does that mean exactly? Well, a viral lab isn’t a place meant to cure viruses. It’s a place where people track viral content, basically seeing what on the Internet is “hot”. The company was founded by Jonah Peretti and John S. Johnson III. Both of these men had roots in this kind of work. Peretti worked in research and development with Eyebeam, a non-profit that Johnson co-founded himself. Eyebeam worked a lot with viral content, and so this venture seemed like a logical continuation of their work together. Over time, the company focused less on analyzing viral content and more on sharing it, and thus BuzzFeed as we know it today was born. 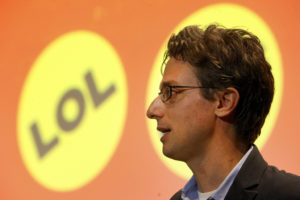 Initially, the company’s form of “news” was subject to a lot of mockery in the mainstream media. People saw little substance in the website’s content, which consisted of lots of cat .gifs, memes, and silly personality tests. It was all seen as very shallow, and websites like Clickhole were created to poke fun at BuzzFeed’s formula. The website was also criticized for producing content seen as “clickbait”, which means that it’s written in a misleading or otherwise dramatic way to cause readers to click on it. In more recent years, however, BuzzFeed has tried to work on changing their image up. They’ve gone back and deleted old articles, and they’ve also gone to hire more “serious” journalists. Basically, they’re trying to scale back on the viral content and scale up into more serious stuff. Fans of their “traditional” content need not worry, however. Although they are trying to make more serious content, they are also still very much dedicated to producing and sharing viral content for the masses.

As like any major company, BuzzFeed is not altogether unfamiliar with major controversy. Although early on most of their drama just involved people in the media making fun of them, as they have tried to establish a more serious image, the controversies have become more serious as well. Way back in 2012, one of the more serious allegations weighed against them was for plagiarism. That was snuffed out, but the same issue resurfaced in 2014 and actually resulted in a firing. They have also faced some ethics issues over the years. In 2015, they were criticized for pulling posts that were themselves criticisms of advertisers. Just recently in this past year, they were criticized for breaking UK advertising law by writing articles without disclosing that they had been sponsored in some way. Their biggest controversy, however, has come much more recently. 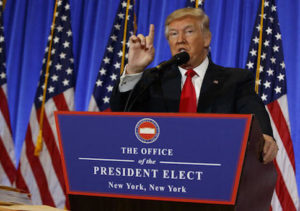 On January 10th, 2017, BuzzFeed made international headlines by publishing an uncensored, unverified 35-page dossier that claimed that Russia held compromising information about Donald Trump, the president elect. The existence of this dossier had been known by various members of the mainstream media, but BuzzFeed was the first and only of them to actually publish the dossier. The contents of the dossier are largely unsubstantiated, and numerous news outlets have criticized the website for publishing something apparently only with the intention of stirring the pot. Regardless of political affiliation, many saw the publication of the dossier as irresponsible, if not downright slimy. As of this writing, the company is still kind of dealing with the falling out of this publication. 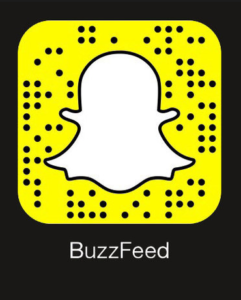 If you want to add BuzzFeed on Snapchat, then you can do so by using the app to scan their snapcode, which I’ve put just above. You can also add them just by clicking the link right here.

You can check out Buzzfeed’s official, public, verified Facebook page by looking them up under the username @BuzzFeed. Alternatively, you can click the link here.

Buzzfeed has well over 4 million followers on Twitter. If you aren’t one of those 4 million people, then I’ll let you know that you can follow them through @BuzzFeed. Take a look at what they share with their followers by clicking the link right here.

Fans of Buzzfeed may be interested in checking out their Instagram account. You can take a look at their account by searching for them by their username @buzzfeed, or by clicking the link here.

This website is very popular for their YouTube channel, which has amassed over 11 million subscribers over the years. You can search for Buzzfeed’s YouTube channel under the username BuzzFeedVideo, or you could just click the link here to take a look.