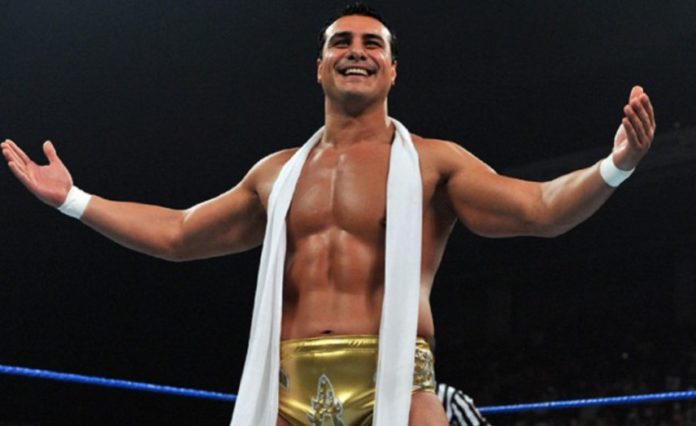 Alberto Del Rio is one of the many superstars who once graced the squared circle of the wrestling juggernaut World Wrestling Entertainment (WWE). He was also a celebrated luchador in Mexico, hailing from a family of renowned masked warriors, and is still going strong in the ring even as he’s about to hit 40 years of age.

Before we check out the latest regarding Alberto Del Rio, let’s first revisit his beginnings and how he became the one and only El Patron.

José Alberto Rodríguez was born on May 25, 1977, in the Mexican city of San Luis Potosi. Wrestling ran in his veins as his father is the renowned luchador “Dos Caras”, touted as one of the greatest Mexican heavyweights, and two of his uncles and cousins are also into the sport. After earning an architecture degree in the Autonomous University of San Luis Potosi, Del Rio followed his father into the ring.

Del Rio was trained in the art of Greco-Roman wrestling and his proficiency in the wrestling style earned him a spot in his country’s team for several sporting events. He scored victories at the Central American and Caribbean Games, Pan American Championships, and the World Junior Championships at the age of 20. Del Rio set his sights in joining the 2000 Summer Olympic Games in Australia but his team was forced to withdraw due to a lack of support from the government.

With his Olympic dream quashed Del Rio decided to don the mask and join his family in the squared circle.

During the same year Del Rio made his debut at the Mexican promotion Asistencia Asesoria y Administracion LLC (AAA) and joined forces with his father in the ring as Dos Caras Jr..

Rio got into mixed martial arts and fought his first winning match in the Japanese promotion Deep versus Kengo Watanabe which ended with his opponent’s arm broken. Del Rio’s work on two different combat sports in two different countries during the early 2000s helped immensely in sharpening his chops and in making a name for himself.

Del Rio joined another Mexican lucha libre promotion in 2005 named Consejo Mundial de Lucha Libre (CMLL). He was engaged in storylines that pitted him in the tournament La Copa Junior for the championship gold, considering that he was just a newcomer to the promotion. Del Rio at first failed to win the cup but he emerged triumphant in the 2006 tournament. Afterwards he was booked on storylines that didn’t have much impact and Del Rio had to endure it until he was finally given the opportunity to pursue the CMLL World Heavyweight Championship.

In 2007 Del Rio had the belt wrapped around his waist after three bouts with the former champ Universo 2000. His reputation outside of CMLL soared thanks to this triumph, but within the promotion Del Rio wasn’t really that big. His championship reign of 533 days only had very few title defenses until he lost the belt in 2008 to Ultimo Guerrero. Del Rio’s loss of the championship fueled the rumors that he was about to jump ship to WWE which he denied by signing another long-term contract with CMLL, although in 2009 he inked a WWE contract.

Initially Del Rio spent time WWE’s former developmental promotion Florida Championship Wrestling (FCW) under different ring names, despite the contract saying otherwise. Del Rio began making appearances without a mask which attracted negative reaction from his Mexican fans. He made his debut on SmackDown in 2010 as the heel Alberto Del Rio, the cocky Mexican nobleman, and he was always accompanied by his own announcer Ricardo Rodriguez. Del Rio had a long-term feud with Rey Mysterio which spanned for almost seven months and ended with the aristocrat’s victory over the masked luchador.

The highlight of his career in WWE was in 2011 when Del Rio won the Royal Rumble for a title shot at WrestleMania XVII, and the Money in the Bank months later. He feuded with Edge and Christian before being drafted to Raw where he battled Big Show and CM Punk. An injury put Del Rio’s wrestling career on a halt at the end of 2011 and he returned to action in February 2012 with his sights again on the Heavyweight title held by Sheamus. He won the belt in early 2013 as a face (heroic character) after defeating Big Show and held it for 90 days, while his second title reign within the same year lasted for 133 days.

In August 2014 WWE axed Del Rio after an altercation with the company’s then social media manager Cody Barbierri after the latter made a racist remark that targeted Del Rio. The wrestler asked for an apology which Barbierri didn’t do, thus resulting in Del Rio slapping him. Del Rio returned to AAA several days later as El Patron although he had to wait for a month before wrestling again as he had a no-compete clause after leaving WWE.

After spending most of 2014 and 2015 in different promotions Del Rio once again returned to WWE in October 2015 and was managed by Zeb Colter. A month later he joined forces with Sheamus, Rusev, and King Barrett in the heel stable The League of Nations. His second tenure in WWE saw him win the United States Championship for a short reign, and various failed attempts in scoring another title win.

In August 2016 Del Rio was suspended after violating the company’s Wellness Policy due to his prescribed testosterone replacement therapy. Del Rio opted out of his contract and was released a month later. He pointed out his unhappiness towards the company especially the promises made to him (such as a main event push) that did not materialize.

Del Rio decided to continue his wrestling career as a free agent after his second tenure in WWE. He made appearances in WhatCulture Pro Wrestling (WCPW) and World Association of Wrestling (WAW) as Alberto Del Patron, with the latter ran by the family of his girlfriend Saraya-Jade Bevis, better known as Paige. He also started his own restaurant in San Antonio, Texas, named Cantinita San Antonio which opened its doors last November 2016.

Del Rio will be starting the New Year with a bang as he is set to appear at the Euphoria Super Event of World Wrestling Council (WWC). Watch him face Carlito Caribbean Cool on January 07, 2017, at the Ruben Rodriguez Coliseum in Bayamon, Puerto Rico.

On February 12, 2017, Del Rio will lock horns with the Olympic gold medalist Kurt Angle at WCPW’s True Destiny event in Milton Keynes, England. Six days later he will be appearing at the With Glory Comes Pride event of the promotion House of Glory Wrestling which will be held in New York City.

Watch Del Rio as he makes his debut on Big League Wrestling on February 26, 2017 at Exmouth, East Devon, England. He will be fighting Mr. Anderson for the Big League World Heavyweight Championship.

Del Rio will be joining a handful of wrestlers who will be visiting Peru on March 25, 2017 in the promotion Imperio Lucha Libre.

Last October 2016 Del Rio revealed in an interview that he was looking forward to joining his friends in the promotion Total Nonstop Action (TNA) wrestling, although there’s still no news about it coming to fruition.