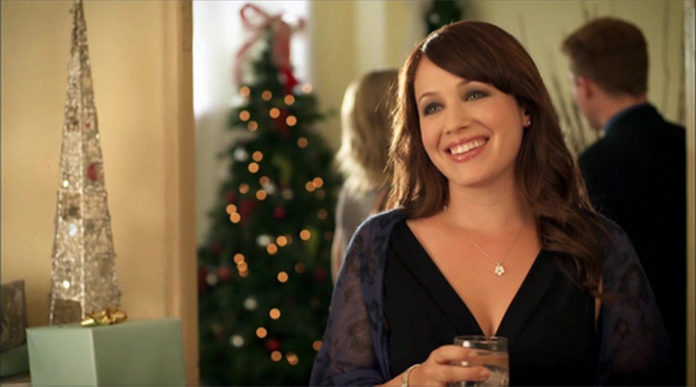 Marla Sokoloff is an American actress who is most well known for her portrayal of Gia Mahan in the sitcom, Full House (1993). Raised in the city of San Francisco, she showed a promise for the performing arts at a young ageーshe was particularly fond of singing and music. At the tender age of twelve, she was selected to star as one of the main characters in the ABC comedy series, Full House. Even before she landed the starring role, Sokoloff had made a small appearance in the family drama, Boy Meets World (1993)ーwhich also served as her television debut. After many years on the sitcom, she began to realized just how many doors the show had been opened up for her; continuing with her acting career as a young star, she went on to appear in Freaky Friday (1995), The Baby-Sitters Club (1995), Home Improvement (1995), Party of Five (1996), and Over the Top (1997). In 1998, she received another big break when she was cast as Lucy Hatcher in the legal show, The Practice.

Immensely popular, the ABC series eventually won two Emmy Awards for the category of “Best Drama Series” not long after its debut. One of the most-watched shows at the time, The Practice was successful at propelling Sokoloff into a second level of fame. For her portrayal of the nosy receptionist, the actress earned three Screen Actors Guild Award nominationsーwhich she shared with the rest of her castーfor three consecutive years from 1999 until 2001. As she continued to grow her presence on television, she also appeared in a handful of noteworthy films such as Dude, Where’s My Car? (2000), Sugar & Spice (2001), Bionicle: The Legend Reborn (2010), and Scents and Sensibility (2011). Aside from full-length features, Sokoloff has also been cast in sundry film shorts throughout her career including The Date (1997), Prairie Dogs (2001), and The Drive (2005).

In addition to Full House and The Practiceーthe two television series which have garnered her the most popularity, the actress has also starred in the TV shows Big Day (2006), Meteor (2009), and The Fosters (2014). Most recently, she also reprised her role as Gia Mahan in the Full house spinoff, Fuller House, which premiered on Netflix in 2016. On top of everything, she has made several guest appearances in a number of well-received series such as Desperate Housewives (2004), CSI: NY (2011), Grey’s Anatomy (2015), and Hot in Cleveland (2015). A talented musician, did you know that Sokoloff also served as the guitarist and vocalist for a band called Smittin a little while ago?

Is she still actively taking on roles? Or has her career taken off in a different direction? What happened to Marla Sokoloff? Where is she now? 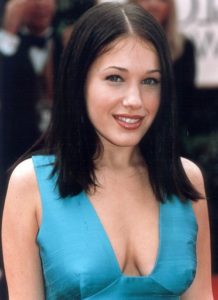 She came into this world December 19, 1980, in San Francisco, California, Marla Lynee Sokoloff is the daughter of Howard and Cindi Sokoloff, a podiatrist and former caterer; her parents ultimately helped to manage her career as a child. Growing up in a Jewish household, Sokoloff expressed an interest in music at a young age; she later cited her father to be one of her greatest musical inspirations.

As a teen, she was a student at Los Angeles’ County High School of the Arts, where she took classes in both music and theatre. Throughout her youth, the brunette showcased her performing talents in a handful of eventsーfor instance, she sang the national anthem at one of Oakland A’s baseball games. After appearing in various commercials, including ones for McDonald’s and Golden Grams, she made her television debut in the comedy drama, Boy Meets World (1993). Even prior to that however, she had appeared in the film, So  Married an Axe Murderer (1993), albeit in an uncredited role.

Not long afterwards, Sokoloff received a big breakthrough when she got a recurring role in the immensely popular ABC sitcom, Full House (1993)ーshe had just started high school at the time. Created by Jeff Franklin, the coming-of-age comedy revolved around Danny Tannerーa father who enlists the help of his best friend and brother-in-law with the raising of his three daughters after his wife dies in a car accident. While actor Bob Saget played the part of Danny, Sokoloff portrayed the role of Gia Mahan, a young teen girl who is known for being the archenemy of one of his daughters, Stephanie. Despite an initial period of hostility between the two, Gia eventually befriends her; the later grow to become best friends. Sokoloff’s character made her debut in the seventh season in an episode entitled, “Fast Friends”ーshe ultimately appeared for eight episodes, her last appearance being in that of “All Stood Up”, the twenty second episode of the eighth season.

Originally premiered on September 22, 1987, Full House boasted a large cast that included John Stamos, Dave Coulier, Candace Cameron, Jodie Sweetin and Mary-Kate and Ashley Olsen. A massive hit among viewers, the sitcom consistently garnered millions of audience members every week during its run. Praised for its entertaining moments and excellent casting, it received countless awards including five Young Artist Awards, a TV Land Award and a Nickelodeon Kids’ Choice Award. One of the longest-running sitcoms at the time of its run, Full House continued for close to 200 episodes, prior to ending on May 23, 1995. 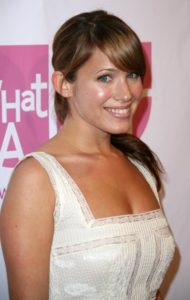 In 1995, Sokoloff landed her first credited role on the big screen in the comedy film, The Baby-Sitters Club. Based on a series of books by the same name by Ann M. Martin, it revolved around the lives of a group of close friends, who live in the fictional Connecticut town of Stoneybrook. Starring alongside Schuyler Fisk, Bre Blair, Tricia Joe, and Larisa Oleynik, Sokoloff portrayed the supporting character of Cokie Masonーan eighth grader who is infamous for being the tormenter and chief rival of the Baby-Sitters club. Over the course of the movie, she plays a number of pranks on the club including sending creepy love notes and ominous chain letters to its members.

Released in theatres on August 18, 1995, The Baby-Sitters Club earned approximately $3 million in its opening weekend, taking the ninth place at the box office. Despite its disappointing debut, it was met with mostly favourable reviews; while some noted its predictable script, most viewers appreciated its underlying themeーthat is, the importance of friendship. Supported by its own original soundtrack, the film eventually grossed over $9.6 million worldwideーover $3 million more than its budget of $6.5 million. While Sokoloff was not cast as a lead role in the movie, The Baby-Sitters Club ultimately served as a stepping stone towards bigger, subsequent roles for the actress.

After a few small films, Sokoloff was cast as one of the principal characters in the comedy flick, Dude, Where’s My Car? (2002). Written by Philip Stark, it depicted the comedic story about two young men by the name of Chester and Jesse (played by Sean William Scott and Ashton Kutcher respectively), who are unable to remember where they’ve parked their vehicle after awakening to massive hangovers. In it, the actress appeared as Wilmaーone of their girlfriends; both her and her twin sister Wanda end up leaving angry messages on the boys’ answering machines with their sudden disappearance. In addition to the aforementioned actors, Dude, Where’s My Car also featured Jennifer Garner, Kristy Swanson, David Herman, al Sparks and Charlie O’Connell.

Upon its release on December 15, 2000, the comedy took in over $13 million in its opening weekendーit ranked second at the box office, only behind Nancy Meyer’s What Women Want. Despite the casts’ convincing performances, opinion on the film was mostly divided; while some critics panned it for its subpar production values and thin plot, others praised the on-screen chemistry between Scott and Kutcher. Regardless of the less-than-ideal reviews that it received, Dude, Where’s My Car proved to be a major financial successーit had grossed over $73 million, over five times the budget. 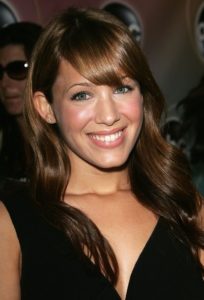 Three years after the finale of Full House, the actress found herself playing yet another female lead in the legal drama, The Practice (1998). Created by television producer David E. Kelley, it centred around the cases and employees of the Robert Donnel and Associates law firm.

Although the series premiered back in 1997, it wasn’t until the end of the second season that Sokoloff made her debut as Lucy Hatcherーa sassy receptionist that was just hired by the firm at the time. Joining the main cast which consisted of Dylan McDermott, Lisa Gay Hamilton, Steve Harris, Camryn Manheim and Kelli Williams, she continued to portray the role until the end of the seventh season; her final appearance was in the episode entitled “The Case Against Alan Shore” which originally aired on March 28, 2004. Overall, she appeared in 113 episodes.

Noted for revolving around both civil and high-profile criminal cases, The Practice garnered over nine million audience members during its initial season in 1997. At the height of its popularity between 2000 and 2001, it had an average viewership of 18.3 million; although its ratings eventually declined with the subsequent seasons, it still managed to stay above the nine million mark. During its series finale on May 16, 2004, The Practice had approximately 10.9 viewers glued to their screens. The winner of three Golden Globe Awards and over a dozen Primetime Emmy Awards, it enjoyed a seven year runーwhich spanned eight seasons and over 160 episodes. Following its end, it spawned a spin-off series called, Boston Legal which premiered in the fall of 2004.

The brunette has been busy filming for an upcoming indie movie called, A Happening of Monumental Proportions (2017). Featuring a screenplay by Gary Lunder, it will center around a small Los Angeles school which serves as the backdrop for lies, dead bodies and tales of sex. Filmed in Los Angeles, California, it will star Sokoloff as Mindy, one of its lead characters. No official release date has been announced as of yet, but sometime in 2017 is probably a reasonable guess.

Other than that, Sokoloff’s latest television appearance was in that of Fuller House, where she reprised her role as Gia Mahan in the seventh episode of the second season entitled, “Girl Talk”.