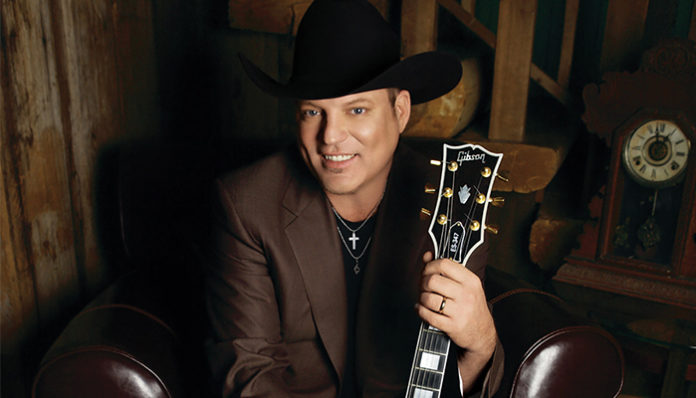 John Michael Montgomery is an American country singer who first rose to fame in the early 90’s with his debut album, Life’s a Dance. The son of a musician, Montgomery learnt how to play the guitar at a very young age. At the tender age of five, he was already performing in public alongside his father’s band. Carrying on with his musical passion into his teens, he was a regular performer in the local music scene by the time he was fifteen. Two years later, he became the lead vocalist of the family band after his parents divorcedーit was around this time that he eventually performed Working Man’s Country on stage as a solo artist. As fate would have it, an executive from Atlantic Records was present in the audience; impressed by his vocal abilities, he later offered the singer a recording deal with the company in 1991. A year after securing the contract, Montgomery released his debut album entitled, Life’s a Dance in 1992.

Proving to be a hit, the album later spawned his very first number one single, I Love the Way You Love Me. Following the success of his initial effort, Montgomery released a second album, Kickin’ It Up in 1994; another commercial success, it went on to peak at number one in three separate charts. Since then, the country singer has come out with ten full-length albums, twenty two music videos and thirty six singlesーsix of which have made its way to the top of the the US Hot Country Song Charts. Some of his most memorable 90’s hits include I Swear, Be My Baby Tonight, Sold, and If You’ve Got Love. An established singer in the country scene, Montgomery has received a number of industry awards over the years including two Country Music Association Awards (e.g. Single of the Year, New Artist of the Year), three Academy of Country Music Awards (e.g. Song of the Year, Record of the Year, New Male Vocalist of the Year) and an American Music Award (e.g. Favourite Country New Artist).

Although he is a country singer first and foremost, Montgomery has also appeared in a handful of television series and programmings. In 1993, he made his debut on the small screen when he was featured in an episode of the reality talk show, Vicki!. Since then, he has also guest starred on Late Show with David Letterman (1994), The Tonight Show with Jay Leno (1995), CMT 100 Greatest Songs of Country Music Concert (2003), CMT Got Me in with the Band (2004), and CMT Insider (2006).

So what has the multi-award winning country artist been up to in the 2010’s? What are some of the latest projects that he’s been working on these past few years? What happened to John Michael Montgomery? Where is he now in 2018? 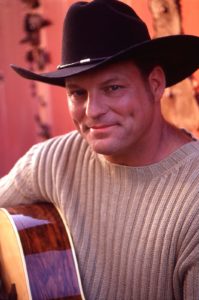 Born on January 20, 1965, in Nicholasville, Kentucky, John Michael Montgomery is the son of Carol Dean Hasty and Harold Montgomery. Growing up in Garrard County, he was exposed to music at a young ageーwhich isn’t all too surprising, considering that his father played in a local country band. When he was still a grade schooler, he picked up and played the guitar for the first time, under his father’s guidance. Proving himself to be musically talented, he soon began performing with his parents (his mother played the drums) by the time he was five. Continuing to perform into his teens, he eventually became a regular performer at the local venues when he was fifteen. Following his parents’ divorce in 1982, he became the lead vocalist of his father’s country group.

After graduating from high school, Montgomery delved into the local honky tonk scene and frequently performed various gigs at a number of bars and clubsーit was during this period, that his talents were eventually discovered by a music executive. At the time, the country singer had been playing Working Man’s Country at a venue in Lexington, when his vocals caught the attention of an Atlantic Records director, who happened to be present in the audience. Recognizing his musical potential, Atlantic later offered the aspiring vocalist a recording contract with the company; Montgomery was twenty six years old at the time. Jumping at the opportunity to pursue a professional music career, he quickly accepted and began working on his debut at the studio. 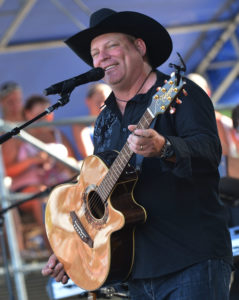 Just a year after securing the recording deal, Michael released his debut studio album, Life’s a Dance in October 1992. Produced by Wyatt Easterling and Doug Johnson, it featured ten country tracks including When Your Baby Ain’t Around, Nickels and Dimes and Love, Everytime I Fall (It Breaks Her Heart), Dream on Texas Ladies, and A Great Memory. Although it was met with mediocre reviews upon its release, it successfully charted at number two on the Billboard Top Heatseekers Chart and at number four on the US Top Country Albums Chart. Despite its two and a half star review from critics at Allmusic, it went on to spawn three singlesーI Love the Way You Love Me, Life’s a Dance, and Beer and Bones which peaked at number one, number four and number twenty-one respectively. The album’s sixth track, Takin’ Off the Edge was also later covered by Kevin Denney in 2002. As of August 1995, it has been certified 3x Platinum for selling over three million copies in the United States.

Two years after his initial effort, the country artist released his second studio album entitled, Kickin’ It Up in January 1994. More successful than Life’s a Dance, it debuted at the number one spot on the US Billboard 200. Praised for its upbeat tempo and songwriting, Kickin’ It Up showcased ten different country tracksー a few highlights from the track-list include She Don’t Need a Band to Dance, All in MY Heart, Friday at Five, Oh How She Shines, and Full-Time Love. Given a near-perfect score of four and a half stars by critics at Allmusic. Met with similar success in Canada, it also charted on the Canadian RPM Country Albums Chart and the Top Albums Chart at number one and number twenty-three respectively.

In March 1995, Montgomery released his eponymous third album, John Michael Montgomery. Produced by Scott Hendricks, it boasted another ten songs including High School Heart, Just Like a Rodeo, Heaven Sent Me You, It’s What I Am and Long as I Live. Another chart-topper, the album peaked at number one on the Billboard Top Country Albums Chart and also settled in nicely at number five on the Billboard 200. Later that year, one of its tracks, Holdin’ On to Something was covered by fellow country singer, Jeff Carson. Commended for its “clean, commercial production”, John Michael Montgomery eventually produced five singlesーI Can Love You Like That, Sold (The Grundy County Auction Incident), No Man’s Land, Cowboy Love and Long as I Live. While all of them managed to rank in within the top five on the Hot Country Songs Chart, two went on to become number one hits. Since it originally hit store shelves, it has sold over four million copies across the country, earning it 4x Platinum status from the RIAA.

Towards the end of the year, Montgomery announced that he’d be going on temporary hiatus as he had suffered an injury to his vocal chords. After a successful recovery, he released his next full-length album, What I Do the Best in the fall of 1996. Produced with the help of Csaba Petocz, it consisted of ten tracks, two of which were written and co-written by the artist himself (e.g. A Few Cents Short, I Miss You a Little) While it received majorly positive reviews, What I Do the Best did not replicate the same level of success achieved as his earlier albums; having said that however, it did go on to chart at number five on the US Top Country Albums Chart. Later peaking at number thirty-nine on the Billboard 200, it saw the release of four singlesーHow Was I to Know, I Miss You a Little, Friends, and Ain’t Got Nothin’ On Us. Although they all managed to chart on the Hot Country Songs Chart, none made its way up to the number one position, making it Montgomery’s first album not to yield a number one hit. It did however, earn Platinum status from the RIAA in 2000 after achieving over one million sales.

From there, it wasn’t until the early summer of 1998, that the country singer released his fifth studio album, Leave a Mark. Co-produced by Montgomery with the help of Csaba Petocz, with whom he’d worked with previously, it came with ten tracks; a few stand out titles include Little Cowboy’s Cry, It Gets Me Every Time, I Don’t Want This Song to End, and You’re the Ticket. Praised for its ballads and uptempo numbers, it received much positive attention upon its release; it currently holds a B rating from critics at Entertainment Weekly. Although it didn’t fare as well as his earlier albums in terms of sales, it did reach number fifteen on the US Top Country Albums Chart and number ninety-five on the Billboard 200. His first Gold certified album, Leave a Mark spawned three singlesーーHold On to Me, Cover You in Kisses and Love Working on You.

Continuing with his music at the end of the 90’s, he released Home to You in May 1999. Although it did not yield any certification from the RIAA, it was favourably reviewed by both fans and critics. Applauded for its powerful ballads, the album featured a ten-song track list and peaked at number sixteen on the Top Country Albums Chart. While it only managed to reach number 135 on the US Billboard 200, it did go on to peak at number eleven on the Canadian Country Albums Chart. Home to You eventually lead to the release four singlesーHome to You, Hello L.O.V.E., Nothing Catches Jesus by Surprise, and You Are.

Don’t count Montgomery out quite just yetーalthough his last studio album release was back in 2008, the fact is, he’s still going strong on the music front. On July 23rd, 2016, the singer performed at the Denver Downs Farm in Pendleton. The farm’s first live music event, Montgomery was also the first artist to grace the stage with his presence, performing some of his hits such as Life’s a Dance, I Swear, Letters from Home, and I Love the Way you Love Me.

If you’d like to stay connected with the country star, you can do so by following John Michael Montgomery on Twitter under his handle, @jm2squared.