What Happened to Pink – News & Updates 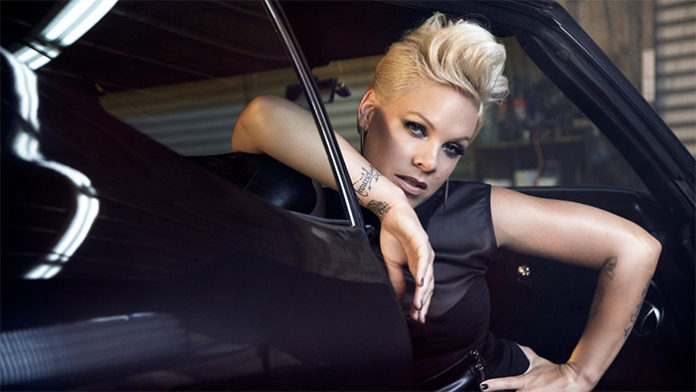 Alecia Beth Mooreーbetter known as Pinkーfirst broke into the music scene with her debut album, Can’t Take Me Home (2000). As a teen, she joined her first band called Middleground during her high school days; while it was ultimately short-lived, it marked her first musical endeavour. At the age of fourteen, the blonde adopted her current stage name and began performing at a number of local clubs. Soon afterward, she auditioned and successfully became a member of the all-girl group, Basic Instinct, although they eventually disbanded prior to releasing any material. Following that, she recorded briefly with an R&B group that she co-founded prior to signing a solo recording contract with LaFace Records towards the end of the 90’s. Much time spent at the studio later, Pink released her debut single, There You Go in the winter of 2000ーwhich quickly became a top ten hit. That April, the aspiring artist came out with her first studio album, Can’t Take Me Home. A major success, it garnered her much recognition as an up-and-coming singer.

Since the release of her double platinum-certified debut album, Pink has gone on to release a total of six full-length albums, three live albums, and thirty-five singlesーmost of which have received RIAA accreditation. One of the most popular singer-songwriters in America, she has sold well over 47 million albums across the globe. To date, her best-selling album is that of Missundazstood (2001), a 5x Platinum-certified record which has since sold more than 15 million units worldwide. A few of her hottest hits include Lady Marmalade, So What, Raise Your Glass and Just Give Me a Reasonーall of which have managed to top the US Billboard 200. Aside from her personal endeavours, Pink has also made several guest appearances in the albums of Britney Spears, Indigo Girls, Eminem, Cuban Link, and Charli Baltimore, to name a few.

On top of her many album releases, Pink has embarked on many concert toursーher latest being that of The Truth About Love Tour in 2013-2014. A three-time Grammy Award winner (amongst eleven nominations), she has also been given an MTV Video Music Award (e.g. Best Collaboration), and a Hollywood Music in Media Award (e.g. Best Original Song). Although she’s mostly known to the world as a musician, she has acted in a small handful of films including Rollerball (2002), Charlie’s Angel: Full Throttle (2003), Catacombs (2007), Get Him to the Greek (2010), and Thanks for Sharing (2012). A popular music idol, the blonde has also been featured in countless TV shows such as American Idol (2007), Australian Idol (2008) and The X Factor (2012).

So what has the famous American singer been up to recently? Has she put forth any new music material as of late? What happened to Pinkーwhere is she now in 2018? 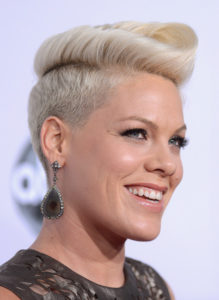 Born on September 8, 1979, Pink (Birth Name: Alecia Beth Moore) is the daughter of Judy and Jim Moore, a nurse and an insurance salesman; she is of German, Irish, and Lithuanian descent. When she was still a toddler, her parents’ marital problems became apparent; by the time she was ten years old, the two had divorced.

Having developed her voice early on in life, she joined her first band during high school however it ultimately proved to be short-lived. Due to her turbulent childhood, Pink was known to have sought solace in music, often writing lyrics that reflected her feelings. At the age of fourteen, she began performing in various local clubs under “Pink”, a stage nameーfrom one of the characters in the film Reservoir Dogsーthat she had chosen for herself.

Around that time, she was encouraged to audition for an all-girl group called Basic Instinct. After a successful try out, she earned a position in the lineup although they disbanded prior to releasing any music material. Two years later when she was sixteen, she formed an R&B group called Choice alongside two friends, Chrissy Conway and Stephanie Galligan. Together, the trio recorded their first single, Key to Me Heart, which was then sent to the Atlanta-based label, LaFace Records. After their song was overheard by L.A. Reid, they were flown down to Georgia and subsequently given a recording deal. While they ended up producing an album together, it was never released in stores. In 1998, L.A. Reid gave the aspiring musician an ultimatumーeither to go home or go solo; Pink chose to go solo.

Following the band’s disbandment, the blonde signed a solo recording contract with LaFace Records and promptly began to work on her debut album. With the help of producers Tricky Stewart, Kandi Burruss and Babyface, she released her debut single, There You Go in February of 2000ーwhich charted amongst the top ten on the Billboard Hot 100 Chart.

Pink’s Career as a Recording Artist 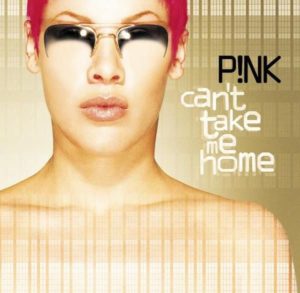 On April 4, 2000, Pink released her debut album, Can’t Take Me Home under the LaFace label. Featuring L.A. Reid as its executive producer, it came with thirteen tracksーa few titles from the album include Let Me Let You Know, Private Show, Love is Such a Crazy Thing, Can’t Take Me Home, and Stop Falling. As talented in songwriting as she is in projecting her vocals, the artist herself also co-wrote seven of the songs in the album. Shortly after it was made available, Can’t Take Me Home peaked at number 23 on the US Top R&B and Hip Hop Albums Chart and at number 26 on the Billboard 200. Overseas, it also charted in sundry countries including Australia, Belgium, Canada, Ireland, New Zealand and the UK.

Despite being a fairly powerful debut, Pink later admitted that the material showcased in the album was not truly reflective of her ambitions. Still, it received mostly positive reviews; for instance, it was given a four out of five star rating from Allmusic and a B+ rating from contemporary critic, Robert Christgau. Having said that, it did go on to receive a fair share of mixed reviews from other individuals. Nonetheless, Can’t Take Me Home spawned three singles including You Make Me Sick, There You Go, and Most Girls. Since its original release, it has sold over two million copies domestically, earning it 2x Platinum certification from the RIAA.

The next year, Pink dropped her best-selling album to date, Missundaztood (2001). In contrast to her debut effort which consisted entirely of R&B, it welcomed a new pop-rock sound in its tracks. Serving as one of the two executive producers for the album, the other being L.A. Reid, Pink included fourteen songs in her second album; eleven of which she helped to co-write; a few standout titles from the track list include Dear Diary, Lonely Girl, Gone to California and My Vietnam. Her first album to feature guest vocalists (e.g. Linda Perry, Steven Tyler, Scratch), it entered the Billboard 200 at number eight and quickly sold 220,000 units within the first week; Missundaztood eventually peaked at number six on the Billboard 200.

Pink’s most successful album, it went on to garner critical acclaimーearning glowing reviews from music critics; for instance, both Entertainment Weekly and Robert Christgau gave the album an “A” rating. The second best-selling album by a female artist in 2002, it has since sold well over 5.5 million copies within the United States alone. Having produced four singlesーGet the Party Started, Just Like a Pill, Family Portrait, and Don’t Let Me Get Me, Missundaztood later earned Pink two Grammy Award nominations for “Best Female Pop Vocal Performance” and “Best Pop Vocal Album”. 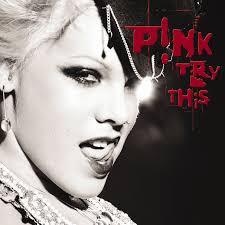 In the winter of 2003, Pink released her third studio album, Try Thisーit was also her last record under Arista Records. Stepping away from the R&B genre entirely, it featured predominantly pop punk and pop rock sounds. Much like her previous works, the album boasted fourteen tracksーall of which were cowritten by Pinkーincluding Catch Me While I’m Sleeping, Save My Life, Try Too Hard, and Walk Away. In spite of the fact that it is currently the artist’s lowest-selling album, it entered the Billboard 200 at number nine and sold approximately 147,000 copies during the first week. Well-recived by critics and fans, it was also a popular hit outside of the United States. Supported by the Try This Out Tour, the Platinum-certified album has since sold three million units worldwide.

Pink’s forth full-length album, I’m Not Dead was released on April 4, 2006. Her first album in three years, it featured fourteen pop rock songs including Cuz I Can, The One That Go Away, Conversations With My 13 Year Old Self, and I Got Money Now. In terms of its debut, it entered the US Billboard 200 at number sixーwhich is two higher than her previously two albums; having said that, it only achieved 126,000 in first week sales. Still, it enjoyed a positive reception, earning near perfect reviews from Allmusic and Robert Christgau; the album also earned Pink a Glamour Magazine Award, and an MTV Australia Video Music Award. In the end, I’m Not Dead, which produced six singles, managed to sell over 6.5 million copies across the globeーwhich is over double that of what her third studio album, Try This was able to accomplish. As of June 2007, it has attained Platinum certification. 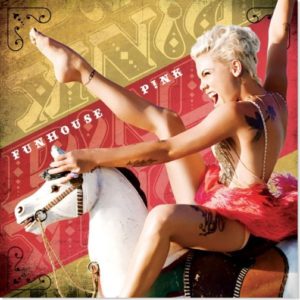 Two years later, Pink released her fifth studio album, Funhouse under LaFace Records. Another step up in the game for the artist, it entered the Billboard 200 at number two and swiftly sold approximately 180,000 copies in its initial week. Supported by The Funhouse Tour which saw the musician in North America, Australia and Europe, the album featured twelve tracksーa few of which include I Don’t Believe You, Please Don’t Leave Me, It’s All Your Fault, and Crystal Ball. Another release met with positive reviews, many critics lauded the album for its perfected blend of mid temp ballads and upbeat pop sounds. The parent of seven spawned singles, Funhouse has since shipped over two million units in the United States, earning it 2x Platinum certification from the RIAAーmaking it Pink’s first album in five years to achieve multi-platinum accreditation.

Since then, Pink has come out with a sixth album entitled, The Truth About Love in September of 2012ー which turned out to be a major chart topper; it has since sold over seven million units worldwide.

Just a few weeks ago this January, the 37-year-old singer shared the first photo of her newborn son, Jameson Moon Hart, who was born on December 26, 2016. Pink and her husband of ten years, Carey Hart, also have a daughter named Willow who was born in 2011.

In light of recent events, Pink and her family was spotted at the Los Angeles Women’s March proudly holding up a sign amongst the crowd. A photo of Pink taken at the event by her husband has since received over 45,000 likes on Instagram.

If you’re a fan of the award-winning singer and would like to keep up-to-date with her, you can do so by following Pink on social mediaーyou can find her on Twitter and Instagram at @pink. Alternatively, you can also visit her official Facebook page at @pink.