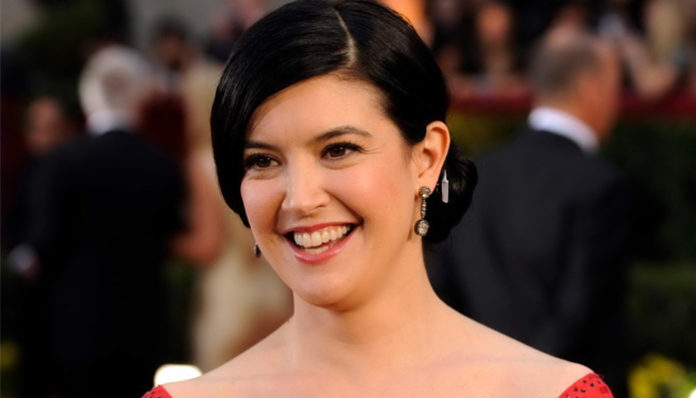 Born into the show business, Phoebe Cates starred in several films during the 80’s and 90’s including Gremlin (1984) and Drop Dead Fred (1991). The daughter of a renowned Broadway producer, she gave up her first loveーdancing, after an unfortunate injury at the age of fifteen. From there, she embarked on a modelling career briefly, prior to focusing her attention on drama and acting. Despite her father’s wishes, she made her professional debut on the big screen in the motion picture, Paradise (1982); she was nineteen years old at the time. Although the transition from modelling to acting gave her some initial difficulties, she later landed a series of roles in Fast Times at Ridgemont High (1982), Baby Sister (1983) Private School (1983), Lace (1984)ーthe first of which is considered to be her breakthrough success. Soon afterward, Cates received another big break when she was cast as the female protagonist in the comedy horror film, Gremlins (1984). A popular title in theatres, it ultimately helped to boost her fame even further amongst the public.

Over the rest of the decade, Catesーwho was now gradually rising in prominence, found herself starring in a series of films including Date with an Angel (1987), Bright Lights Big City (1988), and Heart of Dixie (1989). Carrying with her career into the 90’s, she played a small role in the comedy flick, I Love You to Death before reprising her role as Kate Beringer in Gremlins 2: The New Batch (1990)ーthe Gremlins sequel which went on to receive multiple Saturn award nominations. The next year, Cates starred opposite of Rik Mayall in the fantasy drama film, Drop Dead Fred (1991), after which she took a year-long break prior to returning in Bodies Rest & Motion in 1993. The actress subsequently portrayed the title character in the historical comedy, Princess Caraboo (1994)ーwhich also served as her last film appearance of the 90’s.

Following that, the actress retired from the show business in order to focus on her familyーin particular, her children. Half a decade later, she surprised her fans when she returned for a supporting role in the romance drama, The Anniversary Party in 2001; it was later revealed that she had returned for the film as a favour to her best friend, Jennifer Jason Leigh, who also happened to be the movie’s director. Since then, Cates has not appeared in any films or TV series. In total, the raven-haired beauty has taken part in over a dozen different projects as an actress. In addition, she has also been featured in a small handful of TV talk shows such as Late Night with David Letterman (1993), Late Show with David Letterman (1994), and Scratch the Surface (1997).

So what has the actress been up to now that she’s retired from the acting lifestyle? What new endeavours have she taken on since then? What happened to Phoebe Cates? Where is she now in 2018? 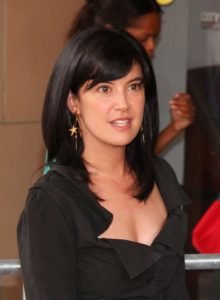 Born on July 16, 1963 in New York City, New York, Phoebe Belles Cates is the daughter of Joseph and Lily Catesーthe former of whom is a pioneering figure in the realm of television; together with his grandfather Gilbert Cates, his father, a renewed Broadway producer, has created a number of TV seriesー a handful of which have earned prestigious awards. Cates is of Chinese-Filipino and Russian descent.

During her youth, she went to Hewitt School and eventually New York’s Professional Children’s School. At the age of ten, she discovered her love for dancing. After several years of ballet lessons, she earned a scholarship to the School of American Ballet; at one point, she even studied at the prestigious Julliard School. Despite her talents however, an unfortunate injury ended her dancing dreams at the age of fifteen.

Focusing her attention somewhere else, she made the decision to embark on a modelling career. Although it was successful, it was ultimately short lived; in a later interview, Cates remarked that she in fact, was not too fond of the industry as it was “just the same thing over and over again”. Despite her father’s lack of enthusiasm, she eventually decided to pursue an acting career following her brief modelling stint. At the age of eighteen, the young adolescent made her feature film debut in the Canadian romance film, Paradise (1982), where she starred opposite of Willie Aames.

Directed by Stuart Gillard of Teenage Mutant Ninja Turtles III fame, the filmーwhich took place in the Victorian eraーcentered around two teenagers, Sarah and David, who after narrowly escaping a white slave agent, find themselves in a beautiful oasisーwhere they are the only two living souls. By themselves in the wilderness, they eventually learn all about love, sex, and survival. While Cates portrayed the starring role of Sarah, Aames played the part of David; other actors featured in the movie include Tuvia Tavi, Neil Vipond, Richard Curnock and Aviva Marks. Noteworthy is the fact that Cates, who was only seventeen years old at the time of the filming, was required to appear in full nudity in various parts of the movie.

Originally released in Canada, Paradise eventually made its way to the United States on May 7, 1982, where it earned over $2.8 million over its opening weekend. By the time its theatrical run was over, it had grossed close to $5.6 millionーagainst a production budget of $3.5 million CAD. Filmed on location in Israel, the rated R movie was met with mostly mixed reviews upon its release; while its cinematography was largely praised, other elements such as its plot and script were largely criticized. Nonetheless, it was a strong debut for Cates, who had never acted professionally prior to the film. 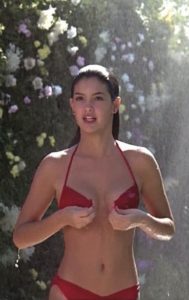 Later that same year, the actress received yet another breakthrough with the coming-of-age comedy, Fast Times at Ridgemont High (1982). Based on a book from the same title, it chronicled the lives of a group of high school studentsーMark Ratner, Stacy Hamilton, Mike Damone and Linda Barrett who are played by Brian Backer, Jennifer Jason Leigh, Robert Romanus and Cates respectively. Two subplots are followed over the course of the film: one which revolved around a stoned surfer facing off against his history teacher and another which centered around Stacy’s brother, who finds himself working a number of menial jobs in order to pay off his car.

Distributed by Universal Pictures, Fast Times at Ridgemont High was released in a limited amount of theatres on August 13, 1982. Across 500 screens, it managed to earn approximately $2.5 million during its opening weekend; it later earned a domestic total of $27.1 million which is six times that of its production budget of $4.5 million. Critically acclaimed, it received much applause from critics and casual theatre goers; Cates’ performance in the movie was also highlighted by critic Roger Ebert in his review of the film. To date, it remains to be one of the actress’ best remembered portrayals on the big screen.

In the summer of 1984, Cates landed another lead part in the comedy horror, Gremlins. Directed by American filmmaker Joe Dante, it depicted the story of a young man named Randall Peltzer (played by Zach Galligan) who is given a strange creatureーa “mogwai” as a pet; much to his surprise and horror, he later learns that it is capable of spawning into destructive little monsters. Featuring Steven Spielberg as the film’s executive producer, Gremlins starred Cates as Kate Beringerーthe protagonist’s girlfriend. The movie also featured the talents of Hoyt Axton, Frances Lee McCain, Corey Feldman and Keye Luke.

Super popular upon its release on June 8, 1984, Gremlins grossed $12.5 million during its first weekend, second only after Ghostbusters (1984), which was released on the same day. By the time its theatrical run ended, the comedy horror had grossed more than $148 million in the United Statesーmaking it the fourth highest-earning movie of its year. Met with critical praise, it garnered several awards including a Saturn Award for “Best Horror Film” in 1985. Cates would later reprise her role as Kate in the eventual sequel, Gremlins 2: The New Batch in 1990 (though it was ultimately not as commercially successful as the original).

A few years later, Cates was selected to star in the British-American black comedy, Drop Dead Fred (1991). Featuring a screenplay by Anthony Fingleton and Carlos Davis, it starred the actress as Elizabeth Croninーa repressed woman who is domineered by her overbearing mother. The film, directed by Ate De Jong, ultimately revolved around her relationship with “Drop Dead Fred”, her happy, imaginary friend; every time she finds herself having an emotional crisis, he is there to cheer her up, in his own characteristic wayーwhich typically involves causing more chaos than before. The movie’s supporting cast includes Ashley Peldon, Ron Eldard, Marsha Mason, and Carrie Fisher.

In the United States, Drop Dead Fred was released on April 19, 1991. During its opening weekend, it took in over $3.6 millionーover half of its production budget of $6.8 million; the comedy flick later earned a total of $13.8 million over its run in theatres. Despite its all-star cast, the film was generally panned by critics; in fact, it was named the “Worst Film of 1991” by film critic, Gene Siskel. Nonetheless, it is one of the standout projects of Cates’ career in the 90’s. 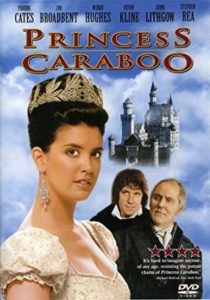 Prior to Cates retirement from acting, she starred in one last filmーPrincess Caraboo (1994), in which she played the title character. Based on the real story from the nineteenth century, it revolved around Princess Carabooーa young woman who passes herself off as an exotic princess who speaks nothing but a strange, foreign language; her character was portrayed by none other than Cates. Starring alongside the actress in the movie were Jim Broadbent, Wendy Hughes, John Lithgow and Kevin Kline.

Made available in theatre screens on September 16, 1994, Princess Caraboo ended up grossing a little over $3 million at the domestic box office. As it happened, Cates later retired from the show business after meeting and marrying Kevin Kline, her co-star in the film.

Since she retired back in the mid 90’s, the former actress has cut herself away from the show business to spend more time with her familyーwhich makes sense, considering how she she gave birth to her two children during that time period. Thus, it came as a surprise for fans when Cates returned to the big screen in a small role in the comedy-drama film, The Anniversary Party in 2001; she later explained that she appeared in the movie as a favour for her best friend, Jennifer Jason Leigh, who directed the film. Since then, Cates has not appeared in any other projects; however, her son, Owen Joseph Kline, did make an appearance in the movie, The Squid and the Whale (2005).

In 2005, Cates opened up a boutique called Blue Tree on the Upper East Side of New York, which she operates to this day. Described to as a “version of Elizabeth Street for the Carnegie Hill Crowd” by the New York Times, it sells a variety of items from perfume and jewelry to photography and art.