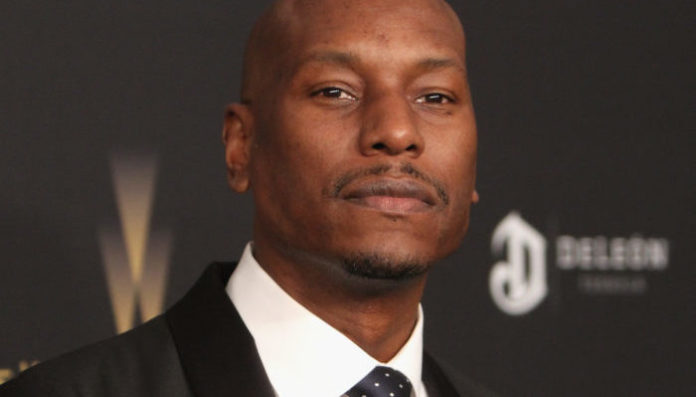 Tyrese Gibson, known best for his role as Roman Pearce in the highly successful Fast and Furious series, is a man of many talents. The American actor has delved into singing, songwriting, producing, modeling and even writing. His expanding portfolio and growing fame made him a household name, earning him a great fortune along the way. Let’s see what he did to earn his wealth and what he did with it.

How did Tyrese Gibson make his money and fame?

Tyrese Gibson was born on December 30, 1978 in the American city of Los Angeles. His father, Tyrone, left his family when Tyrese was still young, leaving Tyrese and his three siblings with their mother, Priscilla. Nonetheless, he persisted and completed school at Florida A&M University. During school, he pursued his career in music.

In 1994, Tyrese landed a role on a Coca Cola commercial where he sang the catchphrase “Always Coca-Cola.” He gained recognition for his skill, which led him to gigs with other major companies. A few years later, he realized that independence and having his own songs would take him further much faster. He signed with RCA Records and released a debut single titled “Nobody Else” in 1998. It ended up reaching #36 on the coveted Billboard Hot 100 chart.

At the age of 19, he released his first album, titled Tyrese, which peaked at #17 on Billboard charts and garnered some impressive sales numbers. Near the end of 1998, he landed a job with MTV as a host on the then-popular music video show, entitled MTV Jams.  This hosting gig would shared alongside other hot celebrities. His single “Sweet Lady” from his second album hit #9 on the Billboard R&B chart, Tyrese’s record at the time. That same single earned him nomination for a Grammy as Best R&B Male Vocal Performance. His album titled Lately became certified Platinum after widespread positive critical reception.

In 2001, Tyrese released his second album, titled 2000 Watts, which sold more than 500,000 copies and became certified Gold. When RCA Records disbanded in 2003, he signed with J Records and released his third album titled I Wanna Go There.” This album featured one of his most beloved and successful singles of all time, “How You Gonna Act Like That,” which reached #7 on the Billboard R&B/Hip-Hop charts. He continued to release hit singles and albums alongside some of the biggest names in the industry throughout the 2000’s.

In 2014, Tyrese announced that he will be releasing his final album the next year, titled Black Rose. When it was released, it hit #1 on the Billboard Top 200, making it the bestselling album of his music career. He clearly made sure to end his music career with a bang.

After his role in the 2001 movie Baby Boy, Tyrese Gibson gained recognition for his acting skills and two years later, he landed a role in one of the most successful movie series of all time, The Fast and the Furious. Although he didn’t feature in the first film, he did play a major role in every installment after that. He seemed to develop a knack for starring in internationally successful movie series and also played a major role in the last four Transformers movies. Other movies Tyrese has starred in include Four Brothers, Waist Deep and Death Race.

Believe it or not, the New York Times bestseller titled How to Get Out of Your Own Way, was written by Tyrese Gibson in 2012. This is an especially impressive achievement given that this was his first ever book. He didn’t stop there though, a year later he released a second book which he co-authored with his best friend titled Manology: Secrets of Your Man’s Mind Revealed, which also became a New York Times bestseller. It goes without saying that Tyrese Gibson’s talent knows no bounds.

Given his roles in car-themed movies such as the Fast and Furious series and Death Race, it is easy to guess that American actor loves his cars. While he keeps his list of assets rather private, he has been pictured numerous times alongside two of his favorite cars. The first is a white Jeep Wrangler with massive chrome rims that might not be too useful off-road, but do look rather baller on the streets. The second vehicle is a much more opulent gloss white Maserati GranTurismo, with similarly large custom chrome rims. 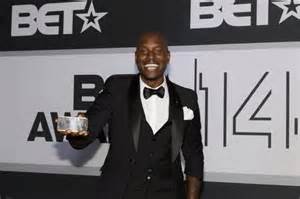 Given Tyrese’s large portfolio of abilities and talents, its not surprise that they have earned him numerous awards throughout his career. Let’s look over a few of the most noteworthy ones. One of his earliest is an American Music Award for Favorite New R&B/Soul Artist in 2000. He was nominated for three Black Reel Awards and one Black Movie Award for his role in the 2006 movie Waist Deep. He has been nominated for three NAACP Image Awards and in 2012, he ended up winning one. He also received a Literary Award for his first book and has won a Soul Train Music Award for Song of the Year.

Tyrese has also featured in many televised productions, including American Dad, Star, Blue’s Clues, MTV Beach House and Moesha. He has featured alongside artists to the likes of Chris Brown, B.o.B, R Kelly, and Beyonce in over 13 music videos and let’s not forget those chart-topping studio albums. 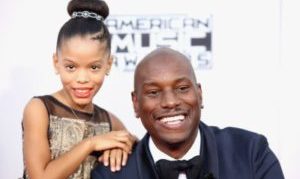 The multi-talented American actor has been in numerous relationships throughout his life with other celebrities. From 2007 to 2009, he was married to American actress Norma Mitchell but has allegedly been in relationships with Leona Lewis, Melissa Ford, Brandy Norwood and Meagon Good throughout the past few years.

Tyrese has recently made a post on social media detailing how God has restored his relationship with his ex-wife Norma Mitchell and that he is now in good terms with her and his 8-year old daughter, Shayla. He has assured his fans that any past conflicts are now out-of question and that there is a bright future ahead in his relationship with the two ladies.

In recent times, the American actor has used a significant amount of his portion to give back to those in need and has supported numerous charities and causes. Noteworthy charities include the United Negro College Fund, UNICEF, NAACP and Usher’s New Look Foundation. He has supported causes including disadvantaged youth, disaster relief, education and poverty stricken communities. Tyrese has created a great positive reputation for himself not only through his talent, but also through giving back.