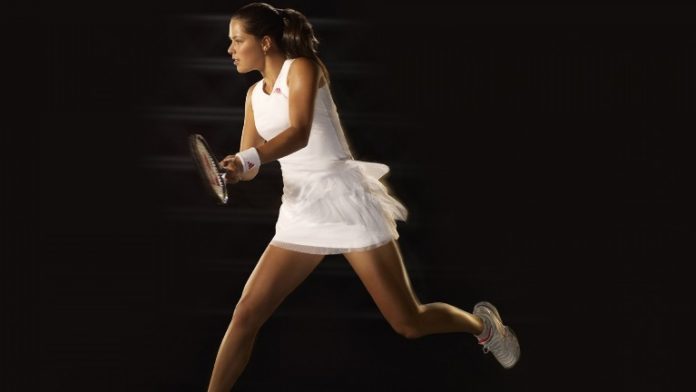 Tennis is a wide spread sport with millions of viewers around the globe. To be a tennis player requires a lot of talent, hard working and athletic ability. Anyone who tracks the sport must be astonished with the players nowadays. Todays Tennis players and their skills are unbelievable. But there is one segment of this sport, that even the ones who maybe never watched the sport, surely noticed. It is the incredible hotness of female tennis players. Not only that they have incredible bodies, but they are beautiful as hell. Here is, in my opinion, the top 10 hottest tennis players. 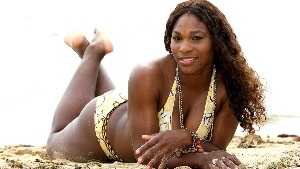 Everyone will agree that this young lady is more than beautiful, she maybe has one of the best tight bodies in the world. With Serena it is not all about the look, it is in the way she stands, so powerful and confident that it makes you fall in love with her. Among all of that, Williams is a real athlete. She is maybe the best female tennis player of the modern times. Serena has more than 30 Grand Slam wins and is the first player to win the Career Golden Grand Slam in both doubles and singles. What more to say, but, she’s a lady! 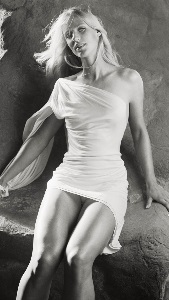 This Russian beauty was one of the sexiest tennis players in her day and also a very well mannered “girl”. She possessed that beautiful charm of a school girl, that I am sure many of you fallen for. I mean, she is blonde, she is tall and she is a really sexy woman. When it comes to tennis, she played it splendidly. Among all the achievements, maybe the greatest one is winning the Olympic Games in Beijing in 2008. Elena retired recently as a 4th ranked player in women’s tennis. Wish her to stay a beauty she is. 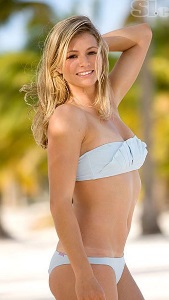 As we are speaking of Russia, here is another smoking hot lady from the country. She is also blonde, she is tall and she really loves to be in the center of the media attention. Maria appeared in a numerous fashion magazines, such as the Vogue and the Sports Illustrated. Her highest ranking in women’s tennis is the 18th place, that she is holding right now. Doubles are her category and she absolutely dominates it, she is with no doubt one of the best. Maybe Maria is not the most famous Russian beauty, but you cannot say she is not fashionable. 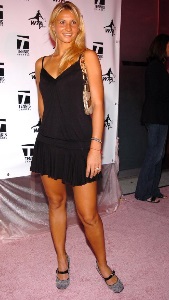 She is a 24 year old, she is French and she is very well known and admired for her powerful forehand. Tatiana is a really charismatic person and commenting on the photo shoots published in the Sports Illustrated magazine, she can be a really good model. Tatiana won the French open mixed doubles in 2001 and made her way to the US Open where she was unfortunately defeated. In 2012, Sportarium ranked her as the number one hottest female tennis player. Tatiana really had no luck, as she injured her lower back on multiple occasions and since then she is retired. 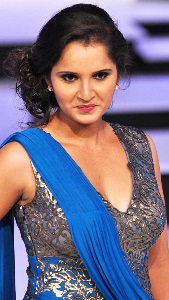 Absolutely fabulous and intelligent women and even more, she is incredibly hot. This beauty comes from India and she is 24 years old. She is always such a pleasure to watch. After winning the Grand Slam, she climbed her way to the top 50 female tennis player ranking. Sania is the best paid Indian tennis player with more than one million dollars earnings in her career. There is much curiosity about her wearing so opened and tight clothes due to the fact that Mirza was born a Muslim. At some times it was causing issues to her, but she never stopped doing what she does the best. 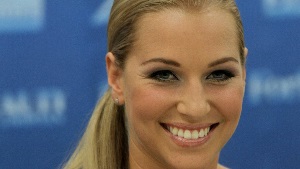 Dominika Cibulkova comes from the Czech Republic and she is a rising tennis star. She currently holds the rating of the 16th player in the world. Dominika’s biggest achievement’s were joining the French Open, where she made her way to the semifinals. She also appeared in two quarter finals at Wibledon and US Open. AskMen.com rated her as one of the 99 World’s beautiful women and the Maxim, female tennis player magazine, recognized her as the number one woman in the world of tennis. Cibulkova is currently dating tennis player Gael Monfils, well, he is a really lucky guy. 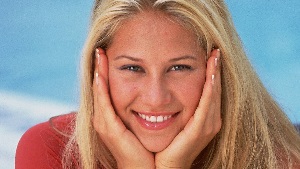 This American hottie is the first WTA competitor who posed in a playboy magazine. Ashley is a bit infamous when it comes to matching her tennis style to her outfits. She is very attracting woman that oozes with sex appeal and it is simply an enjoy to watch her play. During her appearance at the US Open of 2001, Ashley was given the name “American Ana”, for wearing, by some, a scandalous outfit. She has a lot of fans and followers in America and is a great tennis player, whose prize earnings have exceeded 1 million dollars. 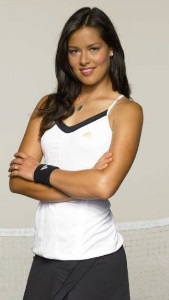 Many believe that after retiring of Ana Kournikova there was another Ana who immediately filled her place and has succeeded to keep men intrigued. Serbian player Ana Ivanović is ranked as the number one in the Women’s Tennis Association. She is 6 feet tall and she has an aggressive playing style. Ana has won a Grand Slam and a Roland Garros title and is a former number one in the world. In 2008, she said that she is struggling with a serve and mental mindset in the game. Fortunately for her, there is no mather if she wins or losses because she still looks adorable. 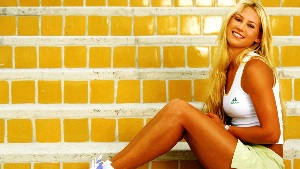 The world of tennis would not be the same without her. She maybe had a lack of tennis talent, but despite of that she had millions of fans all over the world. The name of Ana Kournikova happens to be the most searched woman’s name on the internet. She even gained more popularity after the appeareance in a music video with Enrique Iglesias. Ana maybe had a short career, but we will always remember her bikini body and beautiful blonde hair. We really miss you Ana. 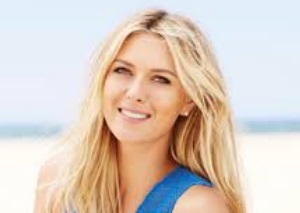 The most beautiful women that ever landed a foot on the tennis court. She has the glamour and sex appeal that leaves everyone breathless. As she is known for her court fashion, she is also known as a great model. Maria is always trying to look at her best. Not only she is a beauty, but she is one of the best female tennis players in the world. She is a former number one and is currently holding a rank of the 3rd best female tennis player in the world. Sharapova has won 5 Grand Slams and was named highest paid female athlete in the world, earning 285 million dollars prize money.

So, this is our top 10 of tennis beauties. Do you agree with us? Do you think we missed someone? Leave your opinion in a comment section below.