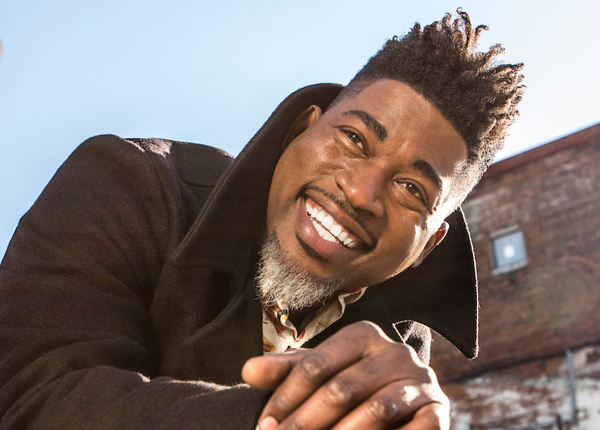 Starting in the late nineties and working into the present day, David Banner has been on the rap scene in a way similar to the Ying Yang twins, both in their style and later business dealings. Having proudly represented Mississippi for years in music, and a large influence in the community of the south, many of his fans have been wondering what he’s been up to since his climb to fame in 2005. Here, we take a look at David Banner’s career, and what he has been up to in 2017.

David Banner was born on April 11, 1972 in the capital city of Jackson, Mississippi with the name Lacell Crump. Banner would spend his childhood within the city, and go on to attend Provine High School, a predominantly African American school in the heart of Jackson. He would end up doing quite well in this school and proceed to his mother’s Alma Mater, Southern University, where he would go on to be the Student Government President and graduate with a degree in business. During this time, he would experiment with music from time to time.

After graduating with the business degree, he would apply and be accepted to the University of Maryland Eastern Shore for a Masters in education. Before completing this program, however, Banner would go to music for a full time career. After sending a demo tape with several friends to a local radio station, Banner would take on his stage name from the hit television series made after The Hulk comic books, and work with his friend (then called Kamizake) to make the duo Crooked Lettaz. The pair would have a small bit of success with their first album, Grey Skies, before Banner took to his own act and released Dem Firewater Boyz. This would lead to 7,000 album sales, and a big hit on the radio, “Like a Pimp”. This would lead to multiple label offers for Banner, and his career truly launching.

Soon after the release of “Like a Pimp”, Banner and his manager at the time Scott Johnson looked over aforementioned offers and decided to sign with the large label, Universal Records. Soon after signing the dotted line, Banner went on to produce for a fellow southern rapper T.I. on his hit, “Rubberband Man”. Later in the same year, he would go on to release his next album, Mississippi: The Album, which would include his first hit, this time with fellow artist Lil Flip. Seemingly without a break, he would go on to create Mississippi The Album 2, which would have another major single, “Crank it Up”.

Banner’s next album labeled, Certified would be true to the meaning of the word with his biggest hit yet, “Play”. Similar to the “Whisper Song” by the Ying Yang Twins, Play was deceptively soft in terms of vocals, but rather explicit in content, with quite a large amount of the lyrics censored for radio use. This would not stop its popularity though, ranking #7 on the Hot 100 at its peak. This would cause a major rise in fame for Banner, who would leverage this in both concerts and to allow himself to be featured in a good number of films. But between these two instances, he would do something somewhat unexpected for a rapper. After Hurricane Katrina, David Banner would mobilize his “Heal the Hood” foundation and alongside other stars like MJG, Twista, T.I., Nelly and 8Ball, would do a fundraising concert for those affected. After the concert, he would go onto multiple interviews advocating for those affected, claiming that this was not only an issue for the majority African American population, but for everyone poor within the area. He would go on to win a Visionary award for his work by the Black Caucus of State Legislators.
A year later, he would appear again before congress, this time to defend his use of sexist imagery and explicit language in his art. He admitted that there were multiple issues with hip hop, but his was a symptom, not a cause, and that the cause itself was the societal issues within neighborhoods were such music was popular. In short, Banner’s argument could be condensed to his quote before congress “Change the situation in my neighborhood, and maybe I’ll get better”.

After his appearance before Congress, Banner would not only work on his next Album, The Greatest Story Ever Told, but also appear in both his first film, “Black Snake Moan” and a cartoon which would later evolve into the 6 episode “Freaknik: The Musical” mini-series on Adult Swim some years later. While this would effectively go nowhere for banner, both his musical and film careers would continue on nicely. His next film would be another surprise from the artist, going from rapper and drama actor to an actor in the Christmas movie, This Christmas. His next album, The Greatest Story Ever Told would feature such guest stars as Akon, Snoop Dogg, Lil Wayne and others, and have the hits 9mm (named Speaker in the less explicit version) and Shawty Say. It would top out at number 3 on the Billboard R&B and 8th in the overall 200 in terms of peak positons, which were quite respectable.

Between The Greastest Story Ever Told and his 2010 album, Death of a Pop Star, he would also appear in the gang drama Days of Wrath, as well as the direct to DVD film, Stomp the Yard 2: Homecoming. During 2010 Banner would go on to produce again, helping Japanese artist Seeda with the album, Breathe. He would also go onto team up with the 9th Wonder, to form an entire media campaign for their album, Death of a Popstar. This would include not only the album, which was released primarily online, but also an entire series of webcomics and plenty of radio appearances. Unlike many of Banners previous works, Death of Popstar was critically well acclaimed even by non-R&B and Hip-Hop reviewers and seen as one of his best artistic works. Two years later, he would try to rework the music industry again by having his mixtape, Sex, Drugs, and Video Games available online only, for a pay as you want price (given the minimum price of $1 for the album). While not revolutionizing the music industry, it at the very least showed a consistent effort by Banner to work in innovative ways.

While we have not seen much of Banner since his mixtape, or the 2015 release of the film Carter High School, it appears 2017 may be a big year for him yet again. Slated to be released in 2017 is The God Box, a new full length album for Banner. It will be available on May 19, 2017, and features tracks with Big K.R.I.T., Trinidad James and Tito Lo. Preordering is available to those interested, and we can all see what the future has in store for us in terms of Banners work.