What Happened to Mason Gamble – 2018 Update 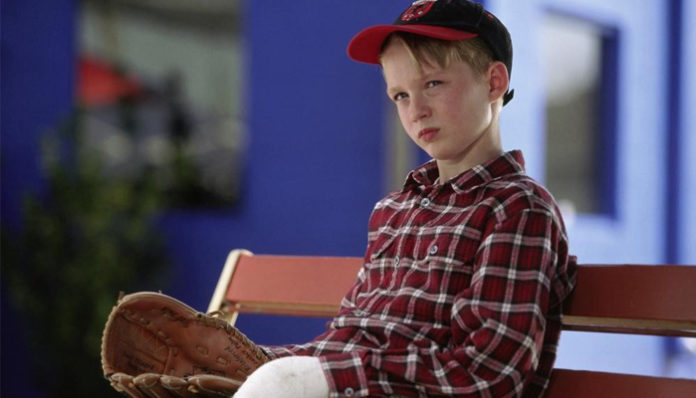 Former child star Mason Gamble is most well known for his portrayal of the title character in the comedy film, Dennis the Menance (1993). The son of an actor, he spent most of his childhood in his hometown of Chicago, Illinois. As it happened, when he was just six years old, he was cast in the award-winning movie, Groundhog Day (1993). From that point onward, his career only gained more momentum; just a few months after making his big screen debut, he was selected among 20,000 children for the lead role in Nick Castle’s comedy flick, Dennis the Menance (1993). A huge box office success, it put Gamble’s career in the right tracks for the subsequent years. For his portrayal of the mischievous five-year-old boy in the film, he received a Young Artist Award for “Best Youth Actor in a Leading Role in a Comedy” in 1994. Following his first taste of stardom, it wasn’t until the mid 90’s that he returned to acting in the movie, Spy Hard (1996).

Continuing to play various roles, he subsequently appeared in Bad Moon (1996), and Early Edition (1996), the second of which marked his first television appearance. After starring in a film short, Gamble played a cameo in the popular medical drama, ER in 1997 before being cast in the Academy Award-nominated sci-fi thriller, Gattaca later that same year. Prior to the end of the 90’s, he participated in several other movies including Rushmore (1998), Arlington Road (1999), and Anya’s Bell (1999)- the last of which garnered him a Young Artist Award for “Best Performance in a TV Movie – Leading Young Actor” in 2000. A year after Y2K, the actor who was now in his teens, received a minor break after being cast as one of the series regulars in the short-lived CBS drama, Kate Brasher (2001). As his career began to slow down in the 2000’s, he gradually started taking less roles; in the mid 2000’s, he guest starred in a couple of episodes of the TV series, Close to Home (2005), and CSI: Miami (2006).

In terms of his work in the cinema, he went on to star in a sport drama film called A Gentleman’s Game in 2002, which revolved around an East Coast Country Club. Following a three year long absence from the big screen, he later returned as Christopher Rutherford in the comedy flick, The Trouble with Dee Dee (2005), where he played alongside Kurtwood Smith and Lisa Ann Walter. Most recently in 2010, he co-starred in Golf in the Kingdom– a drama film set in the mid 1950’s.

So what has the former child star been up to these days? Is he continuing with his career in the show business or has he taken off in a different direction? What has he been occupying himself with lately? What happened to Mason Gamble? Where is he now in 2018? 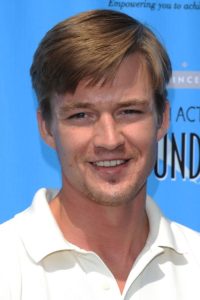 Born on January 16, 1986 in Chicago, Illinois, Mason Wilson Gamble is the son of Tim and Sally Gamble, the former of whom worked as an actor; he has a brother named Casey who played alongside him in his film debut, Dennis the Menace (1993). Growing up in the Oak Park area of Illinois, he went to Lincoln Elementary School; he later went to River Forest High School as a teen, where he was a member of a group known as Best Buddies. As with most child actors, Gamble began his acting career early; at the age of six, he was cast by film director Harold Ramis in the award-winning fantasy film, Groundhog Day (1993). Just three months later, he received the title role in the comedy movie, Dennis the Menace (1993), after beating 20,000 child candidates in the auditions.

Based on a comic strip of the same title by Hank Ketcham, Dennis the Menace starred the actor as Dennis Mitchell- a five year old boy who stays with a couple, Mr. and Mrs. Wilson, after his parents have to go out of town. Despite only trying to be helpful, his actions cause major headaches for his chaperones, who are quickly driven to the wall. To make matters even more complicated, a thief later arrives in town with ill intentions. While the young actor took on the role of the title character, the couple- George and Martha Wilson were played by actors Walter Matthau and Joan Plowright respectively. It is said that while Gamble was shooting for the film, two of his baby teeth came out which led him to wear fake ones until the movie was complete. The rest of the main cast were made up of Christopher Lloyd, Robert Stanton, Lea Thompson, Paul Winfield, Ben Stein, and Natasha Lyonne, among others.

Produced by Richard Vane and John Hughes, Dennis the Menace later screened in theaters on June 25, 1993. Proving to be a box office success, the film eventually went on to gross over $117 million worldwide from a $35 million budget; it later earned an additional $26 million from rentals. In spite of being a financial hit however, critical reception for the comedy was generally negative; for instance, Roger Ebert awarded the film a mediocre two and a half star rating. Regardless, Dennis the Menace was effective and kick starting Gamble’s career; not only that, but it also garnered him a Young Artist Award for “Best Youth Actor Leading Role in a Motion Picture” in 1994. 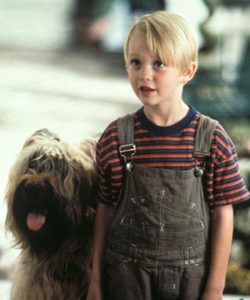 Following his first taste of success, he took a three-year long break (presumably to focus on school) before returning in the film, Spy Hard (1996). That same year, he also appeared in Bad Moon (1996), Early Edition (1996), and Just in Time (1996). After guest starring in an episode of the popular medical drama, ER in 1997, he received received another big break after being cast in the comedy drama film, Rushmore in 1998.

Written by Owen Wilson and Wes Anderson, the latter of whom also directed the movie, Rushmore centered around an eccentric teen named Max Fischer and a rich industrialist named Herman Blume who find themselves both falling for an elementary school teacher named Rosemary Cross. While actors Bill Murray and Jason Schwartzman played as Herman Blume and Max Fischer respectively, Gamble portrayed the role of Dirk Calloway- one of Max’s friends who later discovers that the young woman has in fact, began a relationship with Blume; he later informs Max as revenge for a rumor that he started about his mother. The cast of Rushmore also included Olivia Williams, Seymour Cassel, Brian Cox, and Sara Tanaka.

Created on a production budget of $9 million, Rushmore was distributed by Buena Vista Pictures and released in theaters on October 9, 1998. During the week of its limited release in Los Angeles and New York City, it grossed a total of $43,000. Several months later, the film was released nation-wide across 760 screens on February 19, 1999, during which it earned $2.8 million over its opening weekend. By the end of its theatrical run, Rushmore had taken in over $17 million, making it a commercial success. Hailed as a magnificent piece of work by critics, it garnered countless praises from a number of mainstream publications such as The New York Times, The Washington Post, Entertainment Weekly, and USA Today. Later listed as “One of the 100 Funniest Movies” by Bravo, it also earned Gamble a Young Artist Award nomination and a Young Star Award nomination in 1999.

The following year, Gamble played a supporting character in the mystery drama thriller, Arlington Road (1999). Directed by Mark Pellington, it told the story of a widowed professor who is determined to foil his neighbor’s terrorist plot after becoming convinced that they are involved in terrorism. Written by Ehren Kruger, the movie’s main cast consisted of Jeff Bridges, Tim Robbins and Joan Cusack who played as Michael Faraday, Oliver Lang and Cheryl Lang respectively. As for Gamble, he portrayed the role of Brandy Lang- his neighbours’ son who eventually befriends his own son, Grant (played by Spencer Treat Clark).

Distributed internationally by Universal Pictures, Arlington Road made its way to theater screens on July 9, 1999. During its first weekend, it grossed over $7.5 million, putting it in sixth place at the box office, behind American Pie (1999). A moderate success, it went on to earn $41.1 million against a production budget of $31 million. Reaction wise, opinions to the film were generally split; while some felt that it was flawed, others noted its good story and cast. A year after it was released, Arlington Road was nominated for a Saturn Award for “Best Action Thriller Film”. 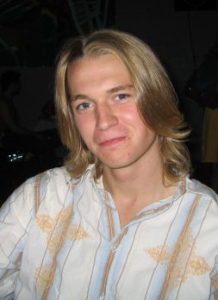 Around that same time, Gamble also co-starred in a CBS television film called, Anya’s Bell (1999). Produced by a team consisting of Sam Okun, Franklin Lett, Karen Danaher-Dorr, and Graham Ludlow, it centered around a blind woman named Anya in the late 1940’s, who befriends a twelve year old delivery boy named Scott Rhymes after her mother dies. After learning that Rhymes has dyslexia, a disorder that hinders his ability to learn, Anya decides to teach him Braille, which he quickly picks up. While Gamble played the role of Rhymes, actress Della Reese portrayed the part of Anya Herpick; other actors in the film include Kelly Roawn and Tom Cavangh.

Written by David Alexander, Anya’s Bell premiered on the CBS Network on October 31, 1999. Filmed in Salt Lake City, the movie garnered mostly positive reviews, many of which praised it for its stellar acting and heart warming story line. Nominated for two Humanitas Praizes in 2000, it later also earned Gamble a Young Artist Award win for “Best Performance in a TV Movie – Leading Young Actor” in 2000.

Following his role in Anya’s Bell, the young actor appeared in a series of B-list films including The Rising Place (2001), A Gentleman’s Game (2002), and The Trouble with Dee Dee (2004) prior to returning to television in an episode of the CBS crime drama, Close to Home (2005). In 2006, he also played a small role in the popular CBS police procedural series, CSI: Miami. From there, he took a prolonged break before co-starring in the sport drama film, Golf in the Kingdom (2010)- which would be his last time acting in front of the cameras.

Like many former child actors before him, Gamble- now thirty one years old, has left the show business. According to a number of sources, he went to the University of California, Los Angeles where he later graduated from their dentistry program. From there, he eventually switched career paths and became a marine biologist- something which he had always had a passion for, according to Gamble himself.

Although he has fallen out of the spotlight to pursue the sciences, his charm and good looks would make it easy for him to find prospective roles, should he choose to go back to acting. Until then!

Seeing as how the 31-year-old former star is not on social media (which is understandable considering how that he’s departed from the celebrity lifestyle), the easiest way to see if he’s taken on any new projects is probably to keep a watch out on his official IMDb page.