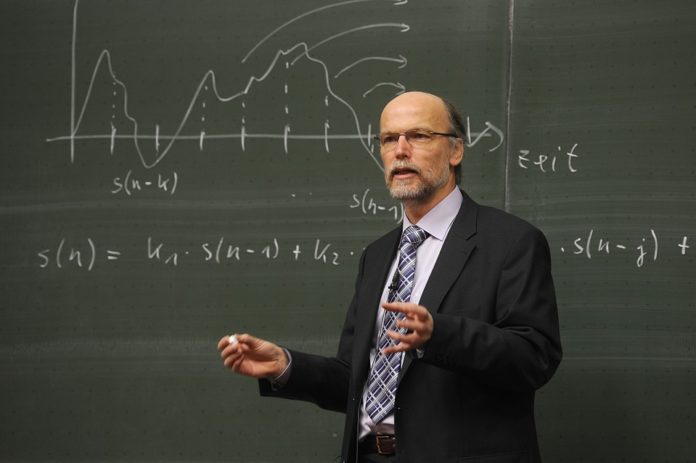 Teaching is a very rewarding thing for a person to do. A teacher can help people discover new passions, and they can also help people create a foundation for their future careers. It’s good work, and it’s work that people enjoy doing. However, many people often talk about how poorly teachers are actually paid. Most teachers are paid by the government, and they aren’t always paid as much as they should be paid. However, professors teach at a higher level than most teachers, and they’re not always funded by the government. Does that mean that professors are paid any more than teachers?

In this article, I plan on talking about the average salary of your average professor. Although most people should be able to infer what a professor does in their usual work, not everyone may be aware of how much a professor makes. I’m going to talk about how much professors make, and I’ll also discuss how that figure is affected by factors like experience, education, and location. I’m also going to make sure to share with you all what someone actually has to do in order to become a professor. Without further delay, let’s see what we can’t find out about this profession.

The average professor is paid about $98,000 per year, which is obviously a good amount of money to make. It’s several thousand dollars more than your average public school teacher makes. That’s a lot of money, but since that’s an average figure, that obviously means that some people are paid more and some people are paid less. What sort of factors can affect the salary of a professor? Let’s consider how location affects the salary of a professor. Although there are colleges all across the country, certain cities obviously possess a greater quantity of them. If you’re a professor who lives in a city like Boston, Los Angeles, or New York City, then you should have a much easier time finding work as a professor. You should also be able to negotiate a greater salary, living in a city where this sort of education is in high demand. 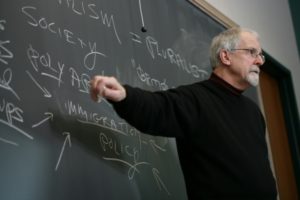 Next, let’s try to consider how experience can affect the average salary of a professor in 2017. I think that it goes without saying that a professor with more experience is almost always going to be paid more than a professor with less experience. In many cases, a professor with more than twenty years of experience can be paid up to $35,000 more than someone with just entry level experience. What in the world could account for such a massive difference in earnings? Firstly, consider that a more experienced professor is usually a better one. You’re more comfortable with what you’re teaching, and you understand what is expected of you in this sort of academic environment. Not only that, but if you remain with the same institution for a long period of your career, they may reward you for your loyalty.

Finally, let’s talk about how educational level can affect the salary of a professor. As you may be able to imagine, work in education means that your own level of education can be quite important. When you’re talking about professors, you’re generally dealing with people who have a good deal of experience in graduate schooling. In many cases, however, you will also see professors who have doctorates. Obviously, someone with a doctorate is usually going to be paid more than someone with a couple of master’s degrees. If you want to become a professor, you should know that, as a rule of thumb, the more time you spend as a student, the more money you will make as a teacher.

How to become a professor – Do you have to go to school?

With that in mind, what does someone actually need to go through in order to become a professor? I think it’s quite obvious that, in order to be qualified to teach large groups of people, you need to be very learned on your own. The first step toward achieving that is finishing high school. If you’ve already dropped out of high school, your hopes of being a professor haven’t been dashed just yet. You can take exams to try to acquire a GED or something similar. You really need a high school education so that you can go to college, which is pretty much required to teach at a college level. When you’re heading into your undergraduate career, you are going to want to look into obtaining a bachelor’s degree in the subject that you want to be teaching. Since you’re teaching at a college level, it is important that your knowledge of the subject is in-depth. 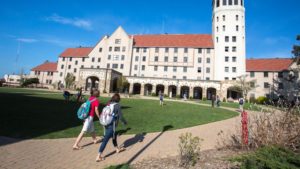 The next thing that you need to do in order to become a professor is obtain a master’s degree. When you’re in graduate school, it’s important that you do more than just sit and learn. This is the point in your career when you should be able to form real connections with your colleagues and your teachers that could prove vital later on in your career. If you play your cards right, then you may be able to get a really good set-up coming out of graduate school due to your past networking. During this time, you may also begin to acquire teaching experience as a teaching assistant. Whether you’re working with a college professor or helping out at a smaller school, this teaching experience will be very important later on.

Unlike people who teach at primary, middle, or intermediate levels, a professor usually doesn’t need to receive any form of license. However, there are still quite a few hoops that you will need to jump through in order to become a full fledged professor. If you’re lucky, you may be able to nab an entry level position at a school. You may have to work as an adjunct professor before you’re able to come aboard full-time, however. An adjunct professor typically fulfills the same sort of work as a full-time professor, except you’re only “signed” to work shorter hours. Shorter hours obviously means that you’re paid a lot less than your average full-time professor. It’s true that an aspiring professor has a long and grueling road ahead of them, but hard work inside and outside of the classroom will make it to where you will be making big money in education in no time.