This is feeling a little similar to my net worth piece on Kodak. Popular musicians that I have never heard of. I am beginning to feel old. On the plus side Like Mike, alongside his brother Dimitri Vegas, make some stellar house music. Like Mike has been DJing and producing for years, and in his early career he partnered up with his brother, before he moved away to pursue a career as a club DJ. It wasn’t until 2008 that he returned and the brothers began producing music together professionally. An early success in 2009 saw the pair catching the attention of Axwell, who lined up another job for them, this time remixing Rotterdam City of Love. It wasn’t long before the pair were cutting albums, and collaborating with the likes of Lady Gaga.

So let’s look at how much they have made, and how they got there. 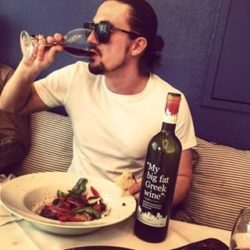 There is a qualification to that figure that needs to be pointed out. The Net worth of the DJ duo of Like Mike and Dimitri Vegas is $35 million. So we can at least argue that Like Mike is worth closer to $17.5 million. None to shabby a sum.

Like Mike was born in Belgium, and is of Greek descent. His birth name is Michael Thivaios. He began making music at  a young age, collaborating with his brother Dimitri at that time. He branched out into local producing, mostly Hip Hop, while Dimitri traveled the Mediterranean working as a club DJ. There is little concrete information on his early life, and it is safe to say that he did not make much on his won. In the late 2000s his brother moved back to Belgium, and the pair began making music in earnest. The music was very much a product of its time. Nice, dancable house music was the order of the day, but it wasn’t long before the two began incorporating other genres of electronica into their repertoire.

They really hit their stride in 2009, when a remix of Work That Body caught the attention of popular DJ Axwell. The track is an interesting blend. A culmination of experimentation, with excellent build up that occasionally hits arrhythmic beats before a dominating electro tribal beat takes over. It is clear why this came to Axwell attention. In terms of emotion from noise, it is excellent.

Smash the House was released in 2010, and while I can see now where they were going with their sound, I don’t think it came across very well in this early release. The follow up in 2014, Awesome Edm Vol. 1, is a far better representation of the brothers’ work. It must be pointed out that in the world of professional DJing, the album is not the core piece of work produced. It is the single, and a listen to their single releases over the years is fascinating. You can hear them broaden their influences, and their most recent single release, Hey Baby, is an interestingly understated chill track. Not the super lead heavy dance track you might expect.

In 2011 Like Mike and Dimitri remixed a wider variety of artists work, at their request as well in some cases. Lady Gaga’s Marry the Night was a hit, they also worked with LMFAO, Armin Van Buuren and The Weekend, among others. Work like this is fairly lucrative, but the core of Like Mike, and other DJs’, income comes from sets. A set is essentially a selection of signature tracks and remixes designed to control the flow of the dance floor. A good set has highs and lows, and putting together a good one is a matter of feeling a room. DJs then, have to be good at reading the pack, not playing instruments, more akin to conductors in that respect.

Like Mike and Dimitri Vegas are in that upper bracket of DJs who can, and do, charge lots of money to come play their sets. In excess of $15,000 per set, and any number of sets per year. Throw in the pay out of gigs like Tomorrowland and it is easy to justify the $35 million. The sale of singles, albums and other appearance fees shore up the rest of their yearly income.

Like Mike was born in Belgium, to parents of Greek descent. He grew up in Willebroek, a small town south of Antwerp and a short river crossing from the site of Tomorrowland.

Like Mike and his brother Dimitri Vegas came to the attention of Axwell in 2009 for a remix of Work That Body. This is what propelled them to stardom.

Like Mike and Dimitri Vegas are managed by Michiel Beers, the founder of one of the largest DJ festivals in the world. Belgium’s Tomorrowland. The Duo are regular fixtures at the festival.

This year is set to be another busy one for Like Mike and Dimitri Vegas. They will be appearing in Mexico this month, before moving up to Florida at the end of March. they close out March in Las Vegas before jetting over to Taiwan in April. April is set to be an interesting one for Like Mike, with gigs in Israel followed by Bahrain. They return to Europe at the end of April, with dates in Spain, Sweden, Switzerland, Germany and France. Fans of Like Mike will not be hard pressed to go see him this year.