What Happened to Horatio Sanz – Now in 2018 Update 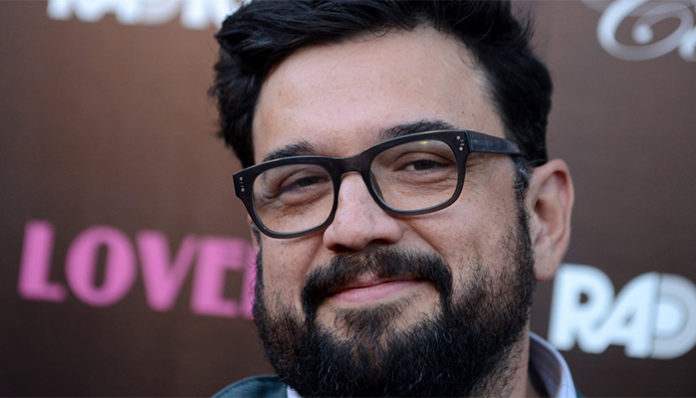 American actor Horatio Sanz rose to fame in the late 90’s as a cast member on the popular sketch comedy, Saturday Night Live. Born in Chile, he knew ever since he was a young boy that he wanted to pursue a career in entertainment- more specifically in comedy. Following through with his dream, he performed throughout his teens and later joined the Second City comedy troupe in his early 20’s. From there, Sanz eventually went on to perform at Chicago’s The Court Theatre and the Chicago ETC Theatre. Shortly afterward, he also co-founded an imrov group known as the Upright Citizens Brigade. Eventually turning his attention toward film, the aspiring performer made his motion picture debut as an orderly in the movie, Miracle on 34th Street (1994). After a four-year-long break, he also appeared in a few scattered roles in the TV series, Upright Citizens Brigade (1998). Little did he know at the time, that he would soon land a breakthrough role in the sketch comedy, Saturday Night Live (1998), later that same year.

After playing various minor roles on screen, Sanz received a breakthrough in the fall of 1998 after being offered a role on NBC’s Saturday Night Live as Tina Fey’s replacement following her pregnancy. The first Latino cast member in the history of the show, his limitless talent in comedy quickly garnered him widespread attention. Ultimately, the sketch comedy had kick started his television career in the late 90’s. Following his departure in 2007, Sanz appeared in a series of films including Step Brothers (2008), Year One (2009) and May the Best Man Win (2009). That year, he also scored a lead role in the ABC sitcom, In the Motherhood (2009), where he played as a male nanny. Having put on a stunning performance, the portrayal eventually earned him an ALMA Award nomination for “Outstanding Actor in a Comedy Series”.

So what has the Chile-born comedian/actor been up to lately? Has he participated in any new shows or series as of late? Will we be seeing him on the screen this year? What happened to Horatio Sanz? Where is he now in 2018? 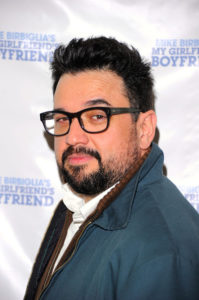 Born on June 4, 1969, in Santiago, Chile, Horatio Sanz is the son of Carlos and Sylvia Sanz; the youngest out of three children, he has an older brother named Carlos, who also works in the show business. Growing up in the North Pulaski area of Western Chicago, Illinois, he developed a keen interest in performing- comedy in particular, at a young age. Known for his comic humour, he participated in several local productions during his youth. Determined to pursue a career in that direction, he later joined the Second City comedy troupe in his early twenties, with whom he performed with throughout the early 90’s. In 1990, Sanz also helped to co-found the Upright Citizens Brigade – a Chicago-based improve troupe.

Throughout the early 90’s, the Upright Citizens Brigade were regular performers in the Chicago area; for instance, they spent most of 1993 performing at the Chicago Improv comedy club. Later deciding to branch out into acting, Sanz made his feature film debut in the fantasy movie, Miracle on 34th Street (1994), where he played as an orderly. From there, he eventually made his voice-acting debut in the made for television film, A Freezerburnt Christmas (1997). Unbeknownst to him at the time, he would land the breakthrough role of his career the following year in the NBC sketch comedy series, Saturday  Night Live (1998). 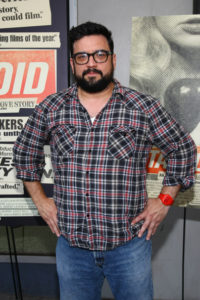 In September of 1998, Sanz officially joined the cast of the NBC sketch comedy series. Making his debut in the show’s 31st season, he served as the temporary replacement for Tina Fey following her pregnancy and maternity leave. The first Latino comedian in the history of the show, his comic talents quickly garnered him a sizeable fanbase. Known for making his cast mates laugh on-screen, he has performed a number of impressions over the years such as those of Ozzy Osbourne, Sadaam Hussain, and Elton John. Aside from that, he also played the characters Gobi in Jarret’s Room, Frankie Hilbert in Boston Teens, and Mr. Banglian in Wake Up, Wakefield.

His first major role on the small screen, it has been credited for kickstarting his television career. After starring on the show for eight years, it was announced that Sanz would not be returning for the 2007 season due to the network’s financial restraints. Having said that, he did go on to re-appear on the show as a guest several times throughout 2007. To this day, Saturday Night Live remains to be one of his best remembered roles on TV. 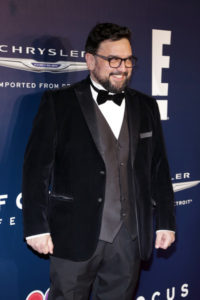 Two years after his departure from SNL, Sanz found himself playing one of the main characters in the ABC sitcom, In the Motherhood (2009). Created by Jennifer Konner and Alexandra Rushfield, it depicted the story of three mothers- Emily, Jane and Rosemary, whose lives were inspired loosely by everyday moms. Playing alongside Cheryl Hines, Megan Mullally, Matt Prokop, and Jessica St. Clair, Sanz played as a nanny named Horatio, who has the ability to “communicate” with an eight-month-old toddler by the name of Sophie.

Premiered on the ABC Network on March 26, 2009, In the Motherhood garnered close to seven million viewers during its series pilot. Despite its initial popularity however, its viewership ratings soon began to decline in the subsequent weeks; to add salt onto a wound, it was also not well received by contemporary critics. Ultimately, the comedy series was pulled after a run of seven episodes, the last of which aired on June 25, 2009. Despite its lack of success, In the Motherhood did go on to earn Sanz an ALMA Award nomination for “Outstanding Actor in a Comedy Series” later that year.

The following year, the actor was cast in yet another comedy, this time in Lew Morton’s Big Lake (2010). A Comedy Central production, it centred around a man named Josh Franklin, who must move back home after being fired from his lucrative banking position. While actor Chris Gethard played the role of Josh, Sanz portrayed the part of Glenn Cordoba- his best friend who was just recently released from behind bars. The two are joined by Chris Parnell, Deborah Rush, James Rebhorn, and Dylan Blue.

Originally released on August 17, 2010, Big Lake was originally intended to be a 100-episode series; however Comedy Central ultimately decided not to continue with a second season after a ten episode run. Its last episode, The Interview was broadcasted on September 14, 2010.

Eventually doing more voice-over work, Sanz played one of the supporting characters in the 2012 Walt Disney animated film, Wreck-It Ralph. Directed by Rich Moore, who had also worked on Futurama and The Simpsons, it told the story of a Wreck-It Ralph- an arcade game villain who tired of being an antagonist, dreams of one day becoming a hero. In attempts to do so, he finds himself travelling between various games- which eventually leads him face to face with a dire threat. The main cast consisted of John C. Reilly, Sarah Silverman, Jack McBrayer, Lane Lynch, Alan Tudyk and Mindy Paling. One of the supporting characters, Sanz played as Duncan- one of the donuts who is part of the Sugar Rush police department. Although it wasn’t the comedian’s first time voicing an animated character, it was noteworthy in that it was her first time doing so in a high-profile film.

After an initial premiere at the El Capitan Theatre, Wreck-It Ralph was released nation-wide on November 12, 2012. Hugely popular, it grossed over $13.5 million on its opening day alone; it eventually earned approximately $49 million over its first weekend- making it the highest-grossing opening for a Disney animated movie at the time. Lauded by critics, it was eventually nominated for an Academy Award and a Golden Globe for “Best Animated Feature”. 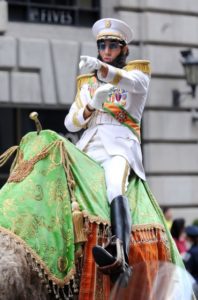 That same year, Sanz also took part in The Dictator (2012)– a relatively successful film directed by Larry Charles. A political satire comedy, it told the story of dictator who does everything in his power to ensure that democracy would not come to his country. Inspired by real life dictators such as Muammar Gaddafi and Kim Jong-il, its main cast consisted of Sacha Baren Cohen, Anna Faris, and Ben Kingsley; in it, Sanz played as an Aide on a Balcony.

Distributed by Paramount Pictures, The Dictator came out in theatres on May 16, 2012. Over its opening weekend, the film grossed approximately $17.4 million. Despite being censored in several countries around the world such as Tajikistan and Kazakhstan, it successfully drew in over $179 million internationally- which was a huge commercial success compared to its production budget of $65 million.

Carrying on with his acting career, Sanz has since appeared in a series of other films- mostly playing various supporting roles. For instance, he has partaken in The Greatest Event in Television History (2013), Search Party (2014), A Better You (2014), and Is That a Gun In Your Pocket? (2016). On television, he has also been involved with several projects including Parks and Recreation (2015), UCB Comedy Originals (2015), and Long Live the Royals (2015), Scorpion (2016), to name a few.

So far this year, it’s known that Sanz will be appearing in several projects, one of them being the comedy series, Great News (2017). One of the main stars alongside Adam Campbell, John Michael Higgins, and Briga Heelan, he will be starring in all ten of its episodes, according to IMDb. For those of you who are interested in tuning in, it is scheduled to be released on NBC on April 25, 2017.

As for film, he recently appeared in the drama movie, Actors Anonymous (2017) this March, which was directed by Abi Damaris Corbin and Melanie Aitkenhead. Joined by Jake Robbins, James Franco, Emma Rigby, Eric Roberts, among a few others, Sanz portrayed the role of a man named Juan in the film.

In addition, he will also be starring in a couple of upcoming movies including The Sex Addict (2017), and Zeroville (2017), both of which will presumably come out later this year.

If you’d like to stay in touch with the actor/comedian, you can do so by following Horatio Sanz on social media- you can find him on Twitter at @MrHoratioSanz and on Instagram at @MrSanz.