Drake Bell Net Worth 2018 – How Rich is the Nickelodeon Star 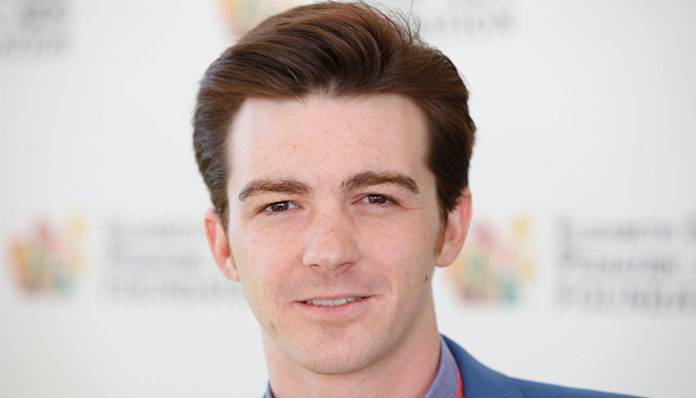 Drake Bell rose to fame after starring in the Nickelodeon sketch comedy, The Amanda Show in the late 90’s and early 2000’s. Hailing from California, he kick started his career in the show business at the tender age of five. Since then, he has appeared in a number of television series and films throughout the years such as High Fidelity (2000), Superhero Movie (2008), and Ultimate Spiderman (2012). Aside from being a successful actor, he has also made a name for himself as a recording artist in pop rock world. As a musician, he has released three studio albums, Telegraph (2005), It’s Only Time (2006), and Ready Steady Go! (2014). From child star to multi-millionare- how did Bell do it?

Nowadays, it is estimated that the thirty-year-old has a net worth of $2.7 million. How did he achieve his fortune? Let’s take a closer look.

How Did Drake Bell earn His Money and Wealth? 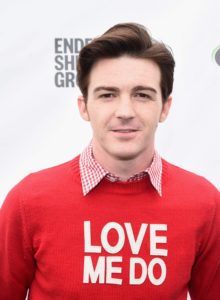 Born on June 27, 1986 in Newport Beach, California, Drake Bell (Birth Name: Jared Drake Bell) started acting at the age of five, with encouragement from his father. With his noticeable talent, he easily landed a television commercial for Whirlpool Appliances in the early 90’s. Over the next few years, he appeared in a series of small roles in the films Drifting School (1995), Jerry Maguire (1996), Dill Scallion (1999), and Dragonworld: The Legend Continues (1999).

After several years of playing scattered parts, Bell received a huge break after being cast as one of the series regulars in the Nickelodeon sketch comedy, The Amanda Show (1999). His television breakthrough, it offered him a chance to showcase himself to the world. Throughout the show’s three-year-run, the young star played a variety of characters including Kyle Rostensan, Jeremy Pivers, Biscotti Blokey, Carter Klutz, and Tony Panamas, among others. Ultimately, it was The Amanda Show that first brought him to the attention of audience members.

Following the end of the sketch comedy in 2002, he landed another lead role in the spinoff sitcom, Drama & Josh (2004). Starring alongside Josh Peck, his former cast mate, he effortlessly captured the hearts of audience members with his flawless acting in the series. One of the two main protagonists, the show only boosted his already increasing fame as an up-and-coming star. Possibly one of his best remembered television roles to date, it netted the California-native a number of accolades including six Kids’ Choice Awards, and an ASCAP Award. Although it’s unknown how much exactly the then-teen had earned from the two Nickelodeon series, it undoubtedly kickstarted his mountain of wealth.

From there, it wasn’t until 2008 that Bell received his next break- a role in the popular superhero comedy, Superhero Movie. After being released in theatres on March 28, 2008, it earned over $9.5 million across 3000 venues- putting it at third place at the North American box office; it eventually took in over $71 million worldwide. As the movie’s principal character, he would have earned a considerable amount for his work in the film- although that figure has never been disclosed. In addition, Superhero Movie also earned him a Teen Choice Award in 2008 for the category of “Choice Male Movie Breakout”.

On top of his live-action acting career, he’s also known for voicing the character of Peter Parker/Spiderman in the Marvel animated cartoon, Ultimate Spider-Man (2012). Highly regarded by fans and critics, the series remains to be Bell’s longest ongoing television project to date; since the show’s debut, he has appeared in well over 100 episodes as the main characters. Although one typically earns less for voice-acting compared to live-action acting, if we were to multiple that amount by the five years that he’s been working on the show, that would probably result in a sizeable sum.

Having said all of that, Bell’s wealth did not come exclusively from acting- in fact, much of it came from his career as a recording artist. Even prior to his formal debut as a musician, he had sang a number f songs, including that of Found a Way– the theme for Drake & Josh. In the summer of 2005, Bell released his independent debut album entitled, Telegraph. Although it didn’t reach any of the US music charts per se, its stellar songwriting was met with critical acclaim. While it’s unknown how many copies of the album have sold since its release, one thing’s for sure- it effectively established Bell as a talented singer-songwriter.

The following winter, the pop rock singer came out with his second studio album entitled, It’s Only Time after signing with Universal Motown. Not only was it his first major label release, but it was also his first album to reach the charts in the United States. Upon its release, it entered the US Billboard Top 200 at number eighty-one; it ended up selling over 23,000 copies within the first week. Additionally, It’s Only Time also peaked at number twenty one on the US Top Rock Albums Chart. Once again met with high praise, the album only cemented his position as an up-and-coming artist. As of 2012, more than 178,000 units have been sold within the United States- this most likely translated to profits in the tens of thousands, if not hundreds of thousands, for Bell.

After a prolonged break from recording, Bell came back with a bang in the spring of 2014 with the release of his next studio album, Ready Steady Go!. Shortly after being made available, it debuted on the Billboard Top 200 at number 182; it also reached number thirty two on the Top Independent Albums Chart and number fifty on the Billboard Top Rock Albums Chart. Despite its performance on the charts, its record sales were significantly lower than that of its predecessor- by the end of the first week, it had only sold approximately 2,000 copies. Although it was a disappointment on that front, the album still managed to garner glowing reviews from critics. According to various sources, Ready Steady Go! earned him a few thousand dollars.

Speaking of his music endeavours, Bell has also released an extended play entitled, A Reminder (2011) and has contributed to the soundtrack of Drake & Josh (2005). In fact, the latter was so popular during the sitcom’s peak that it is estimated to have earned him at least $500,000 in the mid 2000’s.

As a music artist, Bell has also embarked on several concert tours- the last of which took place in February 2016. Sold out within minutes of being available, the shows would have helped to bring him some additional income.

Unlike many other artists however, it doesn’t seem like Bell has ventured out toward any business opportunities- thus, most if not all of his income comes from his work as an actor and singer.

Drake Bell is not currently married- having said that, he has been engaged to his fiancee, Paydin Lopachin for five years; the two have been dating since February of 2011.

Prior to that, he has been in several relationships with Amanda Bynes, Fefe Dobson, Torrey DeVitto, Quinn Paul, Melissa Lingafelt, Stevie Ryan, ess Taylor, and Hofit Golan.

Does Drake Bell Have Any Children?

Drake Bell does not have any children.

Where Did Drake Bell Go to College?

Drake Bell did not go to college. After graduating from Orange County High School of the Arts in Santa Ana, he focused his attention entirely on his burgeoning career in the show business.

Where Did Drake Bell Live? Pictures of Drake Bell’s House 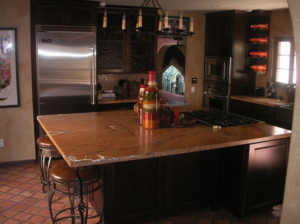 In 2007, the star had purchased a 2640 square ft. home in the Los Feliz area for approximately $2 million. Built in the late 1920’s, the Spanish-style house features three bedrooms and three bathrooms as well as beamed ceilings, a rotunda entry, stained glass, wooden floors and arched doorways. Outside in the yard, it is also fitted with a swimming pool.

Unfortunately, Bell no longer lives in the home as it was taken in foreclosure after he filed for bankruptcy in 2014; the property was later put up for sale by the bank for $1.5 million.

Drake Bell as a Philanthropist

Ever since 2009, he has been an advocate for The Thirst Project- a Los Angeles based non-profit organization that helps to raise awareness of the clean water crisis through education. Throughout the years, Bell has helped to raise tens of thousands of dollars for the group through charity concerts and public appealers. In fact, he has since been recruited by the founder of the organization to be the “face” of the entire campaign.

In addition, he has also made several contributions to other organizations such as Rockin A Cure, for cystic fibrosis research and Toys for Tots.

What Kind of Car Does Drake Bell Drive?

Prior to his recent car accident, that involved the other party falling asleep at the wheel, Bell was driving a vintage 1966 Ford Mustang. The owner of two Mustangs, he presumably drives his other Mustang now that the other has been totalled in the accident.

Despite his young age, Drake Bell has won numerous industry awards throughout his career. In fact, he won his first- a Young Artist Award for “Best Performance in a TV Plot or Pilot” when he was just fourteen years old, for his portrayal of one of the supporting characters in the western drama film, The Jack Bull (1999).

Going full speed with his career, Bell has been filming for a series of upcoming movies including Bad Kids of Crestview Academy (2017), American Satan (2017), and Cover Versions (2017). On television, he will also be lending his voice to the main character of the animated series, Highly Gifted (2017).