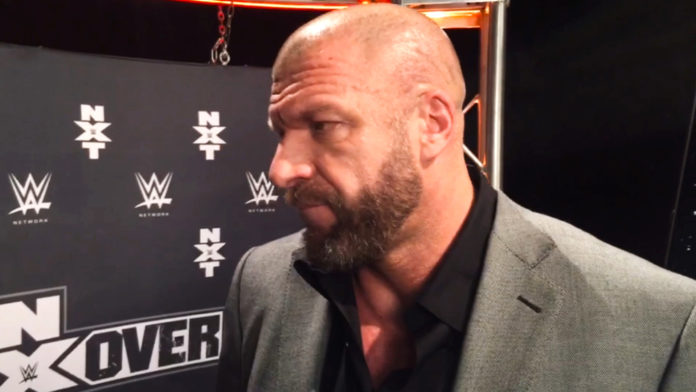 I picked out this article topic more than a week ago. It isn’t one of the more important ones on the pile, and it may or may not be worth a little less to me fiscally, but it is one that I have been looking forward to writing. The life and career of Paul Michael Levesque, better known by his ring name Triple H is a fascinating one. I was a fan of professional wrestling growing up, though my family was tight rope walking the poverty line a bit so I was more familiar with the PPVs and games rather than the show itself, Raw and Smackdown were on paid channels only when I was young. The last few months have been an indulgent time for me. I bought a WWE network subscription and have been devouring the content on there day in and out. Even my partner is getting in to it, though having a roster of scantily clad oiled up beefcakes might have something to do with that.

I’m going to deviate from my usual formula today. rather than focusing exclusively on the net worth, on the numbers and the endorsements, I want to take a paragraph or two to talk about the character of Triple H, the man of Paul Levesque, and the politics of carny folk.

So let’s jump right in, see how Triple H made his money.

How Did Triple H Make His Money & Wealth?

Triple H has been a mainstay of the WWE since before they were called the WWE. He has been wrestling for decades, and his gimmick has changed only a few times. I started watch in the late nineties, so i remember his DX days onward. It was funny for me to find out what Triple H actually meant, with his Connecticut Blue Blood character Hunter Hearst Helmsley, itself a riff on an older Upper Class French character he did for WCW. But the history of the character is less important than the history of the man. if you want to find out more about Triple H is the gimmick go watch Max Landis’ excellent take on the in ring career of Triple H. I’m here to talk about politics and power and money.

During the first few months of Triple H’s career in the WWF, as it was known back then, he received a hell of a push as a heel. Unfortunately he stalled in early 1996. This might have been a problem for most wrestlers, they at the mercy of the writers, but Triple H was a member of, for lack of a better word, a back stage political entity called The Kliq. He was not an original member, a side player in the small group that consisted of Scott Hall, Kevin Nash, Sean Waltman and Shawn Michaels. The group used their power to gain advantages for their characters, and each other. Hardly a bad thing, but it was said that for non members, back stage at WWE was a little less than ideal. Bear in mind that wrestling is a performance, a show, but the people involved are only seen to be good when the writers want them to be good. The outsider unfriendly atmosphere leads to tribal like allegiances like this all the time. Go watch a shoot interview, or read a book that breaks Kayfabe and you’ll be horrified at some of the stuff wrestlers do back stage.

Fun fact, the group formed the basis of two of the most famous and innovative teams in US wrestling, nWo at WCW and D-Generation X at WWF. When Scott Hall and Kevin Nash left the WWF in 1996 to join WCW Triple H slide into position just a little higher up the ladder. The WWE is famous for not offering their talent long term contracts, keeping wrestlers both on rolling contracts and their toes. The figures are unknown, but I do know that his yearly rate with the WWE peaked at $1 million. Working backwards we can at least assume $50,000 to $100,000 before the rise of DX.

It was with DX that Triple H was paired with Chyna, his real life girlfriend. His relationship with the ninth wonder of the world, Andre the Giant being the eighth, was a turbulent one, and how it ended was both shocking and likely a contributing factor in Chyna’s early death. Triple H’s character kidnapped Stephanie McMahon, the real life daughter of Vince McMahon, owner of the WWF. The fictional Stephanie and the Fictional Triple H married, after she was drugged in universe. In real life, Triple H and Stephanie began having an affair. Chyna stuck around the company for a few years before being let go. It is rumored that her relationship with Triple H is one of the main reasons she has yet to be inducted into the Hall of Fame, but I digress. Marrying the owner of the promotion you work for turns out to be great for job security, and the power wielded by Triple H back stage was considerable. It is still considerable, but seen as Triple H doesn’t perform much these days it is less detrimental to the other talent.

As mentioned before. Triple H makes around $1 million at the WWE as a “Superstar”, but that is not the only position he holds with the firm. He is also the Executive in charge of talent procuration and development. His base salary there is in excess of $500,000 per year. He also get a cut of merchandise, likeness rights, licensing and owns a small percentage of the company he works for, said to be worth around $1,000,000. This is iceberg level stuff though, there is social media and endorsements to consider as well.

Triple H is still married to Stephanie, happily by all accounts, so that’s good. She is worth quite a bit on her own, being the daughter of the owner, and a performer on the show. Her recent push to expand the women’s division was a stroke of genius, and the talent she has got on the roster in that department puts a large swath of the male talent to shame.

Yes. Triple H is married to Stephanie McMahon, daughter of WWE owner Vince McMahon. As such he stands in a good position to inherit the company through her.

Where is Triple H from?

Triple H is from Nashua, New Hampshire. He is neither French nor from Connecticut.

How many times has Triple H won the Championship?

Over the course of his long career Triple H has held 25 championships, across three promotions.

Where does Triple H live? Pictures of Triple H’s house.

Triple H lives in a huge mansion in Weston, Connecticut. The place is lovely to look at, but no real details on the inside are available to the public.

Who were The Kliq?

The Kliq was a group of wrestlers in the WWF who held a lot of political power. They used their influence with the managerial and writing staff to benefit themselves and each other over other talent in the WWE. Triple H was never more than a bit player in the Kliq, having been added later, but his intelligence served him in good stead, and even from a position of relative weakness he used that small amount of power to become more powerful than any other member of the Kilq.

Kayfabe these days essentially means in-universe. Wrestlers are performers. The story lines are acted out for out entertainment. As dangerous as the performances can be, we all, for the most part, know that they are fake. Back in the day it was not widely known that professional wrestling was a form of performance art. Kayfabe was the secret kept by all, and if you broke it you would be black balled. It allowed promoters to sell their wrestlers to other audiences as one thing or another, in the days before TV.

The Early nineties saw Kayfabe break apart, thanks in no small part to Vince McMahon himself admitting that it was all staged to get out of excessive sports taxes in the eighties. When you watch wrestling you have to buy into it. To believe the falsehoods, just like any other TV show. So you believe in the Kayfabe, and have a good time viewing.

What was the Madison Square Garden Incident?

The Madison Square Garden Incident was an event that took place in 1996 during Scott Hall and Kevin Nash’s last performance at the WWF. The members of the Kilq broke Kayfabe to say goodbye to their friends. This was a fairly big deal, as while viewers knew it was staged, mostly, wrestlers breaking character was just not done. Triple H took part, and was punished, he was supposed to win the 1996 King of Ring Tournament, but did not. Coincidentally the 1996 Tournament is one of the starting dates for the attitude era, with Stone Cold Steve Austin dropping the now iconic 3:16 promo.