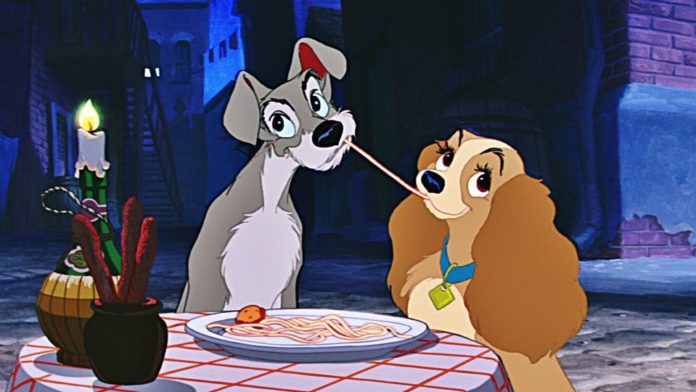 A lot of people love movies, and a lot of people love dogs. For those of us who are a part of both of those groups, it can be a lot of fun to watch a movie about dogs. Whether it’s live-action or animation, it’s always fun to see a filmmaker’s take on a dog’s adventure. They may make you laugh or they may make you cry, but you can’t deny that they’re good films. In this article, I’m going to be going over the top 10 most popular dog movies of all time. I’ll talk a little bit about each movie, while making sure to talk about why audiences fell in love with them so much. Without further ado, let’s jump right into these canine flicks. 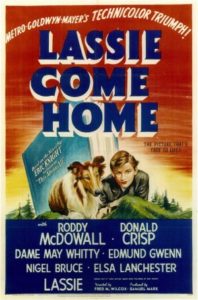 Lassie Come Home is a very old movie, as it was originally released way back in 1943 by Metro-Goldwyn-Meyer. Directed by Fred Wilcox, the film was based off of the 1940 novel Lassie Come-Home, which was written by Eric Knight. It made over $4 million at box office during its theatrical run, which may seem like nothing today, but back then, that meant that it was a major hit! Multiple Lassie films released between 1943 and 1951, and in 1954, Lassie became a television show. (This television show is the origin of the common quotation, “What’s that, Lassie? Timmy fell into the well?”) People fell in love with Lassie due to its poignant and powerful themes of love between a boy and his dog. You’ll find that this is a very common theme among dog movies. 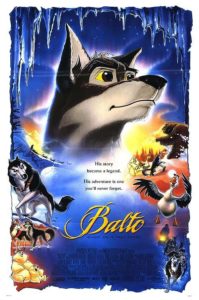 The next on our list is Balto, an animated film released in 1995 by Universal Pictures. Interestingly enough, Balto is partially based on real life. The movie tells the story of the titular Balto, a wolfdog who risks his life to protect the town of Nome, Alaska from a deadly epidemic. In real life, a husky named Balto similarly worked as a sled dog to help protect Nome. Despite mostly positive reviews, this dog movie did not do all that well at the box office, only making around $11 million on a $31 million budget. (This poor box office performance probably had to do with the fact that it was running against Toy Story.) Balto ended up spawning even more movies, which became sequels. 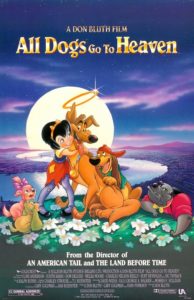 All Dogs Go to Heaven is another animated dog film, directed by Don Bluth and released in 1993. If you’re a dog lover, then you’ll probably like to hear that this movie is absolutely packed with them. Burt Reynolds provides the voice for Charlie B. Barkin, a German Shepherd who also happens to be a proficient con artist. The movie follows Charlie as he looks to take revenge on his killer. Like Balto, All Dogs Go to Heaven had a slightly disappointing commercial performance because it was competing against a much larger movie at the box office. In this case, it opened on the very same day as The Little Mermaid. Still, the movie was able to make money, making a little over $27 million on a $13 million budget. It also received a theatrical sequel in All Dogs Go to Heaven 2. 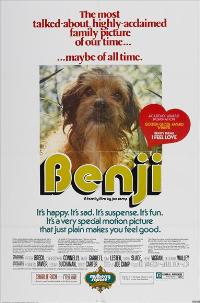 Next, let’s talk about Benji, the 1974 film starring a lovable and helpful little mixed breed dog named, well, Benji. This movie received very positive reviews and it also did very well for itself in the box office, making $45 million on a budget that sat at less than $1 million. In the movie, Benji is a stray dog who is able to save two children who have been kidnapped for ransom. A dog named Higgins plays the role of Benji. This film was the third most successful movie at the box office in 1974, and it even ended up winning an Academy Award for Best Original Song, because of the song “I Feel Love” written by Euel Box and performed by Charlie Rich. Encouraged by the success of the film, a sequel called For the Love of Benji was released in 1974. To this day, Benji is still a beloved character. 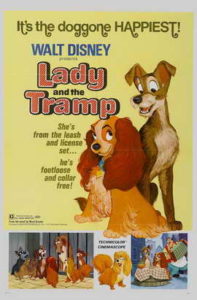 Lady and the Tramp was released way back in 1955, but I think that the story is iconic enough that just about everyone is familiar with its plot. Scamp, a stray mutt, falls in love with Lady, a dog belonging to an upper class family. The movie chronicles all of the romantic adventures that they end up going on. (Talk about puppy love!) Lady and the Tramp has one of the more iconic scenes in animation, when Lady and Scamp are sharing spaghetti and they end up kissing on accident. The movie made an insane amount of money, especially when you consider the time period. It grossed over $93 million on a $4 million budget. Like many of the other movies on this list, it found a sequel in Lady and the Tramp II: Scamp’s Adventure, which was direct to video. 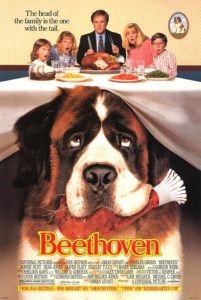 When most film buffs think of John Hughes, they probably think of all of the coming of age movies that he released during the 1980’s: Ferris Bueller’s Day Off, Sixteen Candles, Pretty in Pink, and so on. Did you know that Hughes was also responsible for the hit dog movie Beethoven? Beethoven was released in 1992, and it’s all about a slobbering St. Bernard (the titular character) who loves his family very much and must evade the efforts of evil dognappers. Beethoven had a larger budget at $18 million, but it ended up making all of that money at box office, and then some. At the end of its theatrical run, Beethoven ended up grossing nearly $150 million. Today, Beethoven has his own series, which consists of seven different installments. The first two parts of this series were in theaters, and all of the others went straight to video. 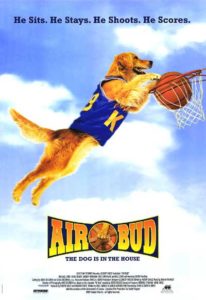 Speaking of an iconic film series, I don’t think that this generation knows of a dog movie series any more popular than Air Bud. This was a highly successful movie, released in 1997 and directed by Charles Martin Smith. It made $30 million on a $3 million budget. If you happen to be unfamiliar, Air Bud is basically a movie about a Golden Retriever named Buddy who happens to be really, really good at sports. The first Air Bud movie was a success, and so were a lot of its sequels. For instance, Air Bud Spikes Back is a movie where Buddy plays volleyball. Air Bud: Golden Receiver features Buddy learning how to play football. There is also Air Buddies, a spin-off of the Air Bud series that features puppies instead of just one big dog. I’m willing to bet that every dog lover has seen at least one of these franchise films.

#3 – One Hundred and One Dalmatians 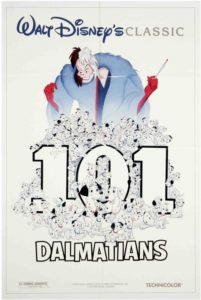 Let’s go back to animation with One Hundred and One Dalmatians, produced by Walt Disney and released in 1961. The movie is actually inspired by a book, called The Hundred and One Dalmatians and written by Doodle Smith. One Hundred and One Dalmatians is about a litter of dalmatian puppies. The puppies were stolen by a female named Cruella de Vil, who wants to use their coats to make herself a coat. The movie follows the parents of the puppies as they attempt to rescue them. This movie made over $210 million on a mere $4 million budget. By modern standards, a movie making $210 million is a big deal, so I’m sure you can imagine how monumental this achievement was back in 1961. A live action version of this animated classic was released in 1996. 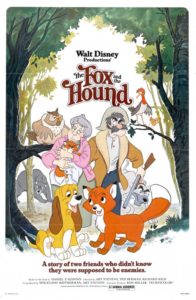 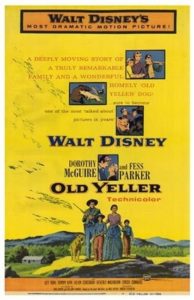 Finally, we have reached the most popular dog movie of all time. I’m fairly confident when I say that if you asked someone to name a famous dog movie, there’s a very good chance that they would talk about Old Yeller. Old Yeller was released in 1957, and it’s based on the novel of the same name written by Fred Gipson in 1956. The ending of this movie (no spoilers) is one of the more iconic and well-known movie endings of all time. I think that you would have a very hard time finding someone who is unfamiliar with this tragic and beautiful tale of a boy and his dog. Travis and Yeller have a truly touching relationship, and people were deeply moved when they watched that relationship unfold on screen. If you’re someone who likes dogs and you haven’t seen Old Yeller, then I seriously suggest that you get on that right away. Make sure to have some tissues.