Top 10 Most Popular Shark Movies of All Time 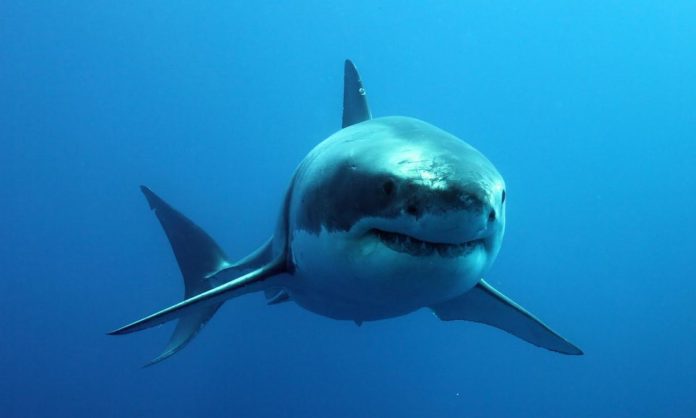 For some reason, people have quite the fixation on sharks. You have to admit, they’re a very interesting, sort of terrifying species of fish. Millions of people tune into Shark Week every year, and millions of people will also flock to the movie theater if they’re able to watch a new movie about sharks. In this article, I’m going to be talking about the top 10 most popular shark movies of all time. I’ll break down each movie individually, talking about how and why it was such a popular success. Without further ado, let’s dive deep into these thrilling and crowd pleasing shark flicks. 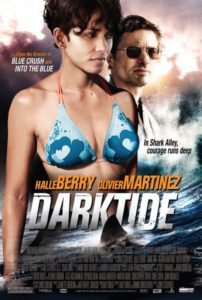 The first movie that I’m going to be talking about is called Dark Tide, directed by John Stockwell and starring Halle Berry. This movie came out in 2012, and it was known for being a little bit of a box office failure. It was created with a $25 million budget, and it ended up making less than $1 million. This is probably due to the fact that Dark Tide received less than favorable reviews upon its release. Dark Tide is basically a movie about a shark expert who helps a millionaire (played by Jeff Mathieson) embark on a dangerous shark dive in Shark Alley. Although this movie was not very well-received, the high octane action in this film is sure to delight anyone who considers themselves to be fans of sharks. 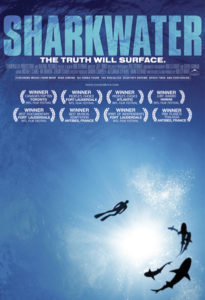 Sharkwater has a sort of on-the-nose title, but it should prove to be an informative watch. This documentary was directed and produced by Rob Stewart in 2006. Although all of these scary movies about sharks may lead you to believe that they’re the ocean’s monsters, Sharkwater is a movie that draws attention to shark conservation. It covers a lot of information regarding shark hunting, and more specifically shark finning. (Some people say that Sharkwater is directly responsible for the worldwide ban on the controversial practice of shark finning.) This documentary is a worldwide success, and although it’s a marked change of pace from some of the other films on this list, I still think that it’s very much worth your time. 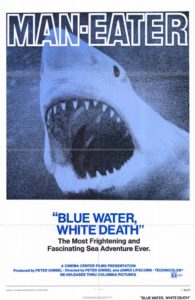 Blue Water, White Death is also a documentary about sharks, but it’s much older than the documentary that we’ve already talked about on this list. This documentary was released way back in 1971, before movies like Jaws kicked off the “shark movie” genre. Blue Water, White Death chronicles the journey of a crew of photographers and filmmakers as they attempt to capture the great white shark on film, which had never been done before. There is some very thrilling, real-life footage of shark encounters in this documentary, but the dynamic that you can observe between all of the wildly different crew members is also pretty interesting. Blue Water, White Death is an old classic, and you should watch it if you’re looking to pay respect to this whole genre. 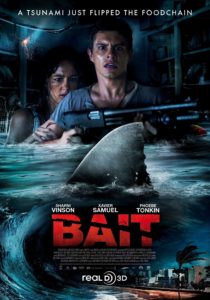 Not to be confused with the 2000 film starring Jamie Foxx, Bait is a horror disaster film that was released in Australia back in 2012. Sharks are a pretty huge deal over in Australia, so I guess it isn’t much of surprise that they would make such a big deal out of shark movies. Bait was a modest success, making about $30 million on a $20 million budget. It starred a couple of lower profile personalities in Phoebe Tonkin and Xavier Samuel, and it was directed by Kimble Rendall. (Rendall is probably best known for his former work on movies like Matrix Reloaded and Ghost Rider.) It’s about a tsunami that traps a bunch of people inside of a coastal supermarket with a couple of great white sharks. It seems like a ridiculous movie, and that’s partially because it is. Bait attracted a lot of attention for being a more “campy” film and it seems fine with that reputation. 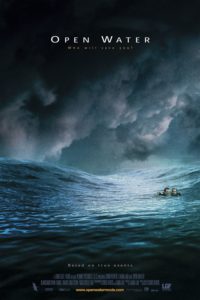 Open Water is certainly one of the more successful films on this list. It was originally released in 2003 and directed by Chris Kentis, and it was one of the first movies that really got Kentis “out there”. It’s based on a true story of a couple who were left behind during a scuba trip, leaving them stranded out in the middle of nowhere in shark infested waters. Open Water was a massive commercial success, only costing $500,000 to make and ultimately making around $55 million at the box office. The movie actually features live sharks, as opposed to sharks that are computer generated or mechanical. Although Open Water was an independent and more minimalist production, it still received critical acclaim. It won Best Thriller at the Golden Trailer Awards as well as Best Actress for Blanchard Ryan’s performance at the 31st Saturn Awards. 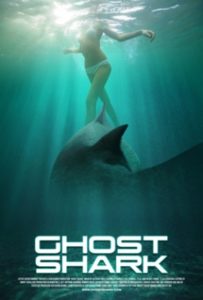 I mentioned before that Bait is popular for being a campy film, and Ghost Shark also belongs to that genre. Since shark movies are usually a lot like monster movies, they tend to possess the same irreverence that you would see in your traditional monster movie. Ghost Shark is a very silly shark movie that aired on Syfy (the television channel) in 2013. As the name suggests, it’s a movie that is basically about a shark who is also a ghost. Since the shark is a ghost, it’s able to appear in completely random and otherwise impossible locations, and it’s a lot more dangerous than a shark usually is. Ghost Shark is considered so bad that it’s good, and although it received poor reviews, it was successful because of all of the buzz that it attracted due to its ridiculous premise. It even received a spiritual successor, Ghost Shark 2: Urban Jaws. 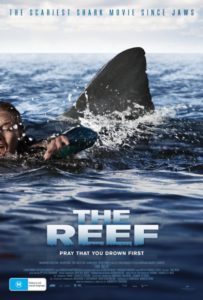 Although The Reef wasn’t a real commercial success, it has still accrued quite the large following. This Australian film was directed by Andrew Traucki, who had directed a similar horror-like film about crocodiles a few years before. The Reef has a similar premise to Open Water, in that it involves a group of friends who encounter some nautical issues and end up stranded in the middle of the ocean. The group is terrorized by a great white shark who prowls the area. Although this film received some rave reviews, it only ended up making around $125,000 back on a budget of nearly $4 million. The Reef should be a real delight to fans of shark movies and fans of horror movies alike, and it adds an additional psychological aspect to the same thrills that can be seen in Open Water. 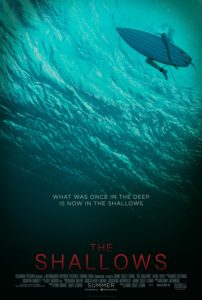 The Shallows is the most recent shark movie to appear on this list, and although it’s only been out for a little while, I think that it definitely deserves a spot here. The Shallows follows Blake Lively, who plays a surfer. This surfer ends up stranded a far way away from shore, and in order to get back onto land, she has to best the great white shark that lives off the coast. The movie received a worldwide release in June of 2016, and it actually ended up doing very well for itself at the box office, making nearly $120 million on a $17 million budget. The Shallows is intense, and a stellar performance from Blake Lively makes you feel like you’re right in the middle of the action. This film also received some very positive reviews, and it was nominated for Favorite Thriller Movie at the People’s Choice Awards. 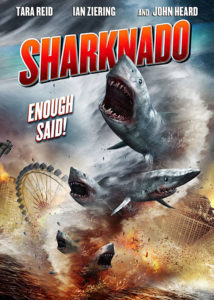 I know what you’re thinking, but regardless of what you think of the shark movie genre, I don’t think that you can deny the cultural impact of Sharknado. Similar to Ghost Shark and Bait, Sharknado is both an action movie and a comedy that features some ridiculous sharks as its main antagonist. In this movie, a hurricane sweeps a bunch of sharks out of the ocean and throws them right into Los Angeles. Chaos ensues. Sharknado stars Ian Ziering, Tara Reid, and John Heard, and despite how cheesy the plot may seem, a lot of people were pretty taken by this silly B-movie. Sharknado‘s shameless nature charmed the world, and its success led to an entire series of sequels. Additional installments in the Sharknado series include Sharknado 2: The Second One, Sharknado 3: Oh Hell No!, and Sharknado: The 4th Awakens. 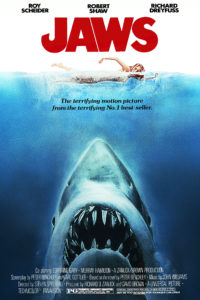 If you’re in any way familiar with shark movies, then I doubt that you’re all that surprised by this pick. Jaws is without a question the most popular shark movies of all time, and I think that it could be argued that it pretty much defined the genre as we know it today. This Steven Spielberg classic was released back in 1975, but it’s still able to terrify and captivate modern audiences. Basically, it’s about a giant shark that terrorizes a town, and the efforts that that town makes to hunt it. Jaws was a box office smash hit, making over $470 million on just a $9 million budget. It ended up winning Academy Awards for Bst Film Editing, Best Original Dramatic Score, and Best Sound. (Deservedly so, too. The Jaws “theme” is one of the more recognizable in film history.) It was even nominated for Best Picture. If you’re going to just watch one shark movie in your whole life, then I seriously suggest that you choose this one. It’s the most popular for a reason.