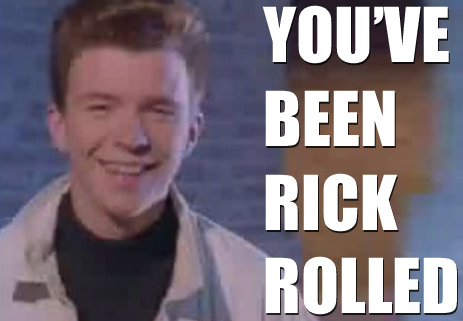 As soon as the first video camera was born, people all over the world started to film what went on around them. Since then, many video clips have risen above the others as classics that went viral. You may think that the first viral videos were created after YouTube became popular, but that is not true. There are many older videos that are classics, as well as some newer ones. This list ranks the top ten viral videos by how significant they were, how viral they got, and the content of the video. There have been countless videos that have gone viral over the past century; however this list will only have ten. So some great ones will not be on the list, but the very best will.

These videos were probably forgotten by most people, and some were maybe never even seen. Many of them come way before the internet, so prepare to see something new.

Number 10 – The Maze Game Freak out

This video is from a few years ago. It originated on YouTube, but has become a well known piece of modern culture and has circulated all over the internet. In this short video clip, a man is sitting at his computer, playing a maze game. He is very into the game and having fun. However, he had no idea what was about to happen. His friends were filming him, and they set him up so that he was playing a modified version of the snake game. Once he got to a certain part in the game, the screen would turn white with the face of some scary, undead creature, and the computer would play screaming noises at full blast. While the guy was playing the game, he had no idea this would happen, and when it did, his reaction was priceless. He started screaming, and then he punched a hole directly through his computer monitor. That’s right, directly through. He then stood up, while the camera man was laughing, and he screamed that it wasn’t funny, and he looked like he had started to cry because he realized that he just broke an expensive monitor. Then the camera angle lowered slightly, and you could see him grabbing his crotch, and you could come to the assumption that he had wet his pants in fear. The video went viral, and has been re-uploaded many times, and totals millions of views. This was one of the first modern examples of viral YouTube videos. To this day, people are still watching and laughing at this one clip.

This viral video is from 1937, and it was one of the first videos to go viral ever. It is an hour long, and it is considered an education short film teaching kids that marijuana is dangerous and will kill you. This was during a time when the drug had just become illegal, and The Marijuana Tax Act of 1937 made it so that anyone caught with possession was to receive prison time. The film disappeared and wasn’t very popular at the time, but it was soon found again in 1971 by a man named Keith Soup. He bought rights to it for only $300, and shared it with the world. It became a viral sensation. He then used a new company, New Line Cinema, to distribute the film since everyone wanted to see it. The film was ridiculous and hilarious due to its odd claims of what marijuana can do and why they think it is such a bad drug. New Line Cinema made enough money off of it to become huge, which is why you thought that name sounded familiar.

The black and white version of the film is public domain, meaning it is free to copy and distribute, so it soon found its way onto forms of media like VHS tapes, and later DVDs. Today it is on YouTube, but back then you had to find a tape somewhere and watch it at home on your TV. This is truly a classic viral video.

This was a video making fun of the popular website ebaumsworld.com. The website was a viral content website, much like Reddit or 9gag, however it was very controversial. It was owned by a man named Eric Bauman, and the site was under fire for stealing content and claiming it as their own. The site became infamous for taking a video or image from another site and stamping their water mark over it. The site was sent many letters from companies asking it to remove the stolen content, but Eric Bauman never did so. Albino Blacksheep, a group that makes viral videos, created a song called “eBaum’s World Dot Com” and added some crude art and animations, and uploaded the video online. It got a ton of views and was seen all over. People loved the song and how it tells the story of Eric Bauman and his stealing ways. The song is almost a decade old, but its legacy lives on. In 2008, Eric Bauman ended up selling the website for millions of dollars, and he was then fired. The site no longer copies and steals from other sites, thanks to the Albino Blacksheep spreading the word. The video was also released as an MP3 song to download, as it was a very catchy tune.

This is an old viral video, from the year 1970. The video shows a whale that was beached and was dying on the sand, and it is taking up a large amount of space due to its massive size. The town was trying to come up with a way to easily and cheaply dispose of it, so someone came up with the great idea to blow it up. They took a very large amount of dynamite and the event was covered by the local news. The plan worked well, as the whale carcass was basically vaporized into thin air. Everything was fine and dandy until it started raining whale guts. The whale didn’t disappear, it was just split into a million pieces and blasted into the air, and it had to come back down eventually, because, well, gravity.

People freaked out, and this is where you find the humor in the video. In 1990, Dave Berry, a writer for a humor column, found the tape, and wrote about how hilarious it was. People were scrambling everywhere to get their hands on a copy and see it for themselves. Luckily, today we have YouTube and can watch it whenever we want. However, back then they couldn’t and the mad scramble to see the video made it a viral hit.

Number 6 – How to be Ninja and How to be Gangster

These videos were released on YouTube in 2007, and were an instant hit. Today, they each have 40 million views. The video is created by user “nigahiga”, whose real name is Ryan Higa. The video is about a kid who is constantly beat up at school, and he wants to learn to defend himself. The video then talks about a video tape he can buy that will teach him how to “be ninja”. They use a lot of jokes in the video and the video has some very unexpected moments. A few months later, they released How to be Gangster, which shows the same kid continuing to get beat up, so they teach him some new stuff to defend himself. The videos became instant hits, and the YouTube channel is still active today, with Ryan Higa uploading videos regularly. This was one of YouTube’s first mega hits, and it is still watched today, as it is very funny.

This is a classic viral video from, well, no one knows when. It was Marv Newland’s first ever animation project. He is the man who worked for Nickelodeon and MTV back in the day and created some great animations.

In this short film, it shows Bambi eating at the grass with some nice, classical music, while credits roll on the screen (with Marv Newland listed for every position). Then, out of nowhere, Bambi meets Godzilla. I don’t want to spoil exactly what this means, so go watch the video yourself.

The video was shown between shows and commercial breaks during the 70’s and 80’s as a small joke. It became super popular, but if you haven’t seen it yet, you should right now.

This Star Wars parody was made in 1978, and is thirteen minutes long. It is a copy of the movie, but everything is in the form of a piece of hardware. The video is made in the style of a teaser trailer for a film that never actually got made. The short film is hilarious, and definetly worth a quick watch.

Two droids, 4Q2 and Arty-Deco, based on C3PO and R2D2, crash land on a planet that looks like a watermelon. Fluke Starbucker finds them, and they start their journey, meeting Ham Salad and the Wookiee Monster. Then a princess is being interrogated by Darph Nader, who destroys her home planet of basketball, which is simply a basketball.

Hardware Wars was shown at festivals all over the world and won many different awards, and was later released on VHS. The trailer was also shown in theaters; however a full length movie was never released. It only cost $8000 to make, and it ended up making over a million dollars, which makes it considered to be the richest short film of all time.

To be “Rick Rolled” is an internet joke where someone will be doing something that seems simple, like their friend asked them to click a button on the computer, and then when they do the action, the music video for “Never Gonna Give You Up” by Rick Astley starts playing, a song from 1987. It was also done all over internet message boards, where people would post relevant links that were actually the link to the music video masked. Getting Rick Rolled may not be as popular now, but it was a few years ago, and because of all of the views the music video received during this time, the video became a huge viral video.

It was a simple video, but it won many awards and was one of the most viewed videos ever. It was a true example of a viral classic.

Number 1 – Jesus vs. Frosty (and later Jesus vs. Santa Claus)

Back in 1992, students from the University of Colorado created a short animated film called “The Spirit of Christmas”. Four boys create a snowman with hopes that he will come to life, like the famous Frosty the Snowman, and it does, but unlike Frosty, it is not nice and murders everyone.

The two students who made the short film, Trey Parker and Matt Stone, ended up becoming two of the first four characters in the show South Park. Many bootlegged versions of their video made it around their university’s campus, and eventually Fox network got a hold on the tape. They called in the boys to talk about it, and asked them to recreate it out of construction paper and film it.