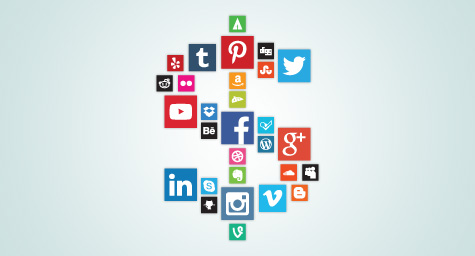 Social media has created new ways for people to communicate, share content, and even make money. Social media such as Snapchat, Facebook, Instagram, Twitter, and Youtube have lauched the careers of next-gen celebrities.Without ever stepping foot on a college campus, many social media stars are able to rake in millions per year. Let’s see who leads the pack in making money in 2018! 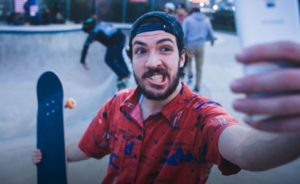 Although Snapchat has existed for several years now, until recently the site had yet to spawn any of its own homegrown stars. The most popular Snapchat users had already built a following on other websites. 27 year old Shaun Mcbride is different – he’s the first Snapchat celebrity who didn’t get a leg up from any other social media platform. He is paid thousands of dollars by brands of all kinds for a single Snap.

Known by his Snapchat handle, “Shonduras”, Shaun Mcbride is known for his entertaining snaps and intricate drawings. Originally a sales rep for skateboarding companies, Mcbride traveled often and took many unique photos on his travels. He would then send the snaps to his teenage sisters, which eventually created a domino effect of sorts – and now millions of teens follow him. 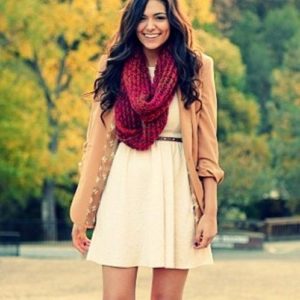 Youtube is full of fashionistas beauty gurus, and the best of them rake in millions. Bethany Mota is already a millionaire, and she’s only 21. Mota is one of the first social media celebrities “haul” videos – clips that show off and discuss a blogger’s latest shopping trip.

Mota is known for her makeup, fashion, and beauty advice. Her bubbly personality is perfect for helping her viewers and promoting products. Mota has partnered with Forever 21, JC Penney, and has even served as a guest judge in Project Runway and been featured on Dancing with the Stars. She makes $40,000 per month from Youtube alone. 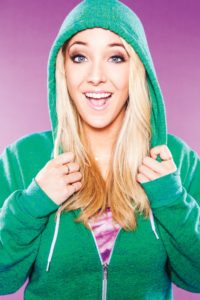 Jenna Nicole Mourey, aka Jenna Marbles is one of the first vloggers on Youtube to make it big. Started in 2007, her channel has amassed over 17 million subscribers and 2 billion views. Although she has a master’s in psychology, she won’t be needing it now.

“How To Trick People Into Thinking You’re Good Looking” was Jenna Marble’s first viral video, received over 5.3 million views in its first week. Since then, endorsements and views have helped Jenna make her millions. She has also collaborated with other vloggers. 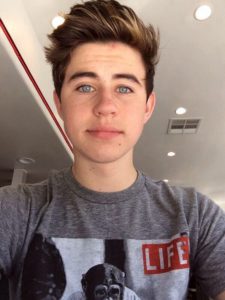 The now defunct video sharing app Vine spawned its own breed of 6 second-celebrities. Nash Grier amassed a large following for his entertaining and funny Vine posts. He originally made the vines to entertain his classmates. Grier’s fan base is primarily composed of teenage girls.

Since Vine announced its plans to shut down, Nash Grier moved on to other social media platforms. His career is still alive and well. In fact, Grier has landed several acting roles in major films as a result of his stardom. Grier is good friends with fellow Vine celebrity Cameron Dallas. 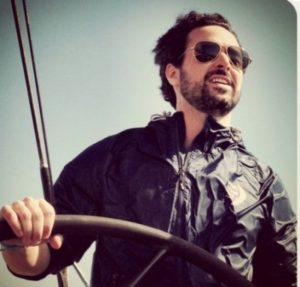 Instagram is oversaturated with selfies and photos of food, yet it remains an essential tool for photographers to showcase their portfolios. Brian DiFeo’s photography skills have attracted him over 100 thousand followers. His social media success helped him launch his own entrepreneurial career.

Although his photography work is impressive, the majority of DiFeo’s wealth has come from The Mobile Media Lab. FOunded in 2012, the Mobile Media Lab connects advertisers with social media influencers to promote products to young demographics. DiFeo networks with young social media stars and big brands, and builds marketing teams for the most profit. 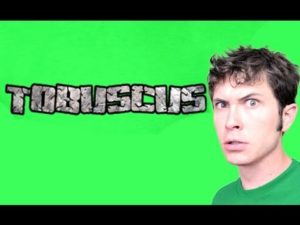 Internet gaming is one of the most profitable niches on the internet. Toby “Tobuscus” Turner was one of the first Youtubers to capitalize on gaming. He now has over 15 million followers. His videos are often comedic or musical. He has expanded his video content to include vlogs, music, and sketches.

Toby Turner created his first video in 2006. He became friends with other major Youtubers such as Philip Defranco, whom he collaborated with to make more viral content. Turner is also a viral market and is paid to help other content creators make it big. 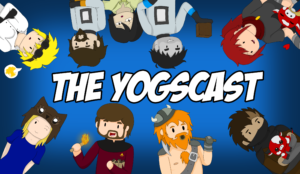 The original Yogscast was founded in 2008 by Lewis Brindley. Him and his best friend Simon Lane began creating short videos. The pair began expanding their network, and numerous other collaborators such as Hannah Rutherford (Lomadia), Paul Sykes(LividCoffee), Chris Lovasz (Sips), and Duncan Jones(Sjin). Each Yogscast partner now has millions of views on their own channels.

Yogscast videos are often Let’s Play style videos. Their World of Warcraft, Minecraft, and Garry’s Mod series are the most popular. The channel also makes money from livestreams and donations. It was officially founded as a company in 2011, and now has over 68 employees, 20 channels, and 20 million total subscribers. 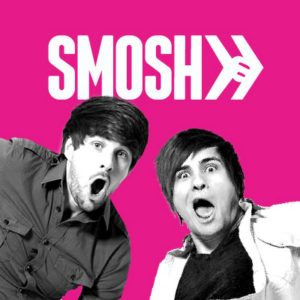 Ian Hecox and Anthony Padilla have been posting comedic videos ever since 2003. The pair is now approaching 30 years of age, and have been capitalizing on Youtube ever since it was launched in 2005. They have over 7 billion views and 22 million subscribers. Smosh been the most subscribed channel on three occasions.

There are 10 different Smosh channels, each with different kinds of content including vlogs, music, skits, and gaming. Seven of them have regularly scheduled content. They even have separate channels dubbed in French and Spanish for international fans. 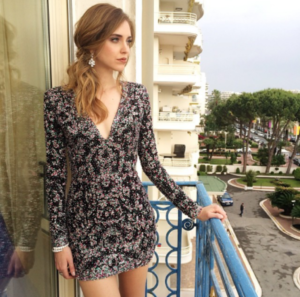 Their are millions of fashion bloggers out there, yet Chiara Ferragni is one of the most distinguished. She first launched her blog The Blonde Salad, in 2009. By 2011 she received international recognition. Her blog was receiving 12 million views per month. In 2013, Ferragni was featured in stories for fashion magazines such as Teen Vogue. She modeled for Vogue Espana in 2015, making her the first fashion blogger to do so.

Originally planning to go into law while working as a fashion designer, Chiara Ferragni ditched her original plan for a career in modeling and fashion. She has collaborated with Dior, Max Mara, Louis Vuitton, Chanel, and other elite fashion brands. She has even released her own personal fashion collection, the Chiara Ferragni line. Ferragni also posts Youtube videos and has over 8.5 million followers on Instagram. She is the brand ambassador for Calvin Klein and Patene. 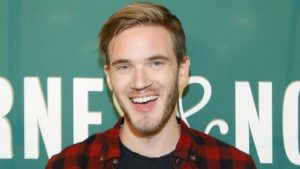 Despite not being around as much as many of Youtube’s “original” stars, PewDiePie has earned more more and subscribers than any Youtuber – ever. With over 54 million subscribers and 15 billion total views, PewDiePie (real name Felix Kjellberg) is highly sought after by many high profile brands due to his influence over the fickle youth demographic. His videos are known for their energetic and loud commentary with a touch of irony.

PewDiePie’s influence has created an “Oprah effect” for the games he plays. The sales of games he features in his videos are often boosted substantially. He was named one of Time’s most influential people in 2016. His girlfriend Marzia Bisognin, whom he has dated since 2011 is the most subscribed Italian Youtuber.