Brandi Redmond Net Worth 2018 – How Rich is The RHOD Star? 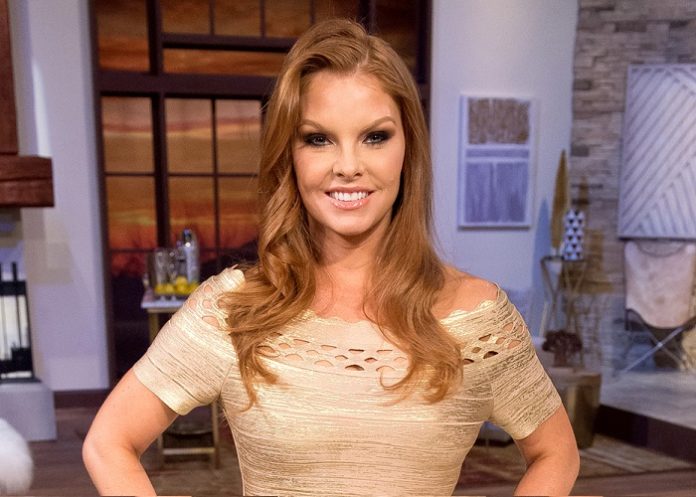 Brandi Redmond shot to reality TV fame on The Real Housewives of Dallas in April 2016. The show, from the Bravo network is the ninth and latest installment of the Real Housewives franchise and so far it has run for one full season and a second is being filmed right now and due to be aired later in 2017. Brandi Redmond has become one of the most popular stars of this version of the Real Housewives with the Southern twist, she’s had turmoil in her private life and amused and amazed her fans with her lively and occasionally controversial personality. But how much is the redhead from Texas worth now in 2018? Read on to find out.

How Did Brandi Redmond Make Her Money & Wealth?

It’s hard to believe that The Real Housewives has been gracing our TV screens since way back in 2006 when the ladies from Orange County first made their debut on Bravo, but the growing popularity of the show, the many installments in different locations and the numerous spin-off shows have since then made it a firm favorite with reality TV fans. The show has even gone global with installments across the Globe, from Auckland, New Zealand to Bangkok in Thailand. The show has been well-received Worldwide and spawned a succession of successful new reality TV stars, but The Real Housewives of Dallas brought a much needed element of Southern charm to the show.

Brandi Redmond was born in Memphis, Tennessee in 1979 but moved with her family to Texas when she was a teenager, and if there’s one thing that Brandi loves, it’s the state of Texas. Brandi has often said that her heart and soul is with Texas forever and her love of her adopted state saw her perform as a cheerleader for the Dallas Cowboys several times, including at the Pro-bowl.

Brandi met her future husband Bryan while they were both at high school, and after graduating from the Texas Woman’s University the couple married and have been together ever since, even through some of the rougher patches that were shown with no-holds barred honesty on The Real Housewives of Dallas show. Bryan is a self-confessed workaholic, and his passion for his job caused problems between the pair when his hectic work schedule resulted in him being away from his family for days on end. During season one of the show the couple’s attempt to reconcile their issues over a dinner date ended in disaster when Bryan ended up storming out of the restaurant, with him telling Brandi that he was ‘done’. Eventually the couple managed to sort their differences out, but with Brandi’s fame has come a fair amount of attention for Bryan publicly too. After the dinner date from hell Brandi revealed that Bryan had since been confronted by fans of the show when the couple were out in public, even to the extent that some fans, enraged at his behavior had resorted to insulting Bryan in front of their two young daughters, but Brandi has always stood by her man and supported him as much as he supports her.

Bryan is a founding member of Suntex Ventures, a multi-million dollar real-estate business and has dealt with over $700 million in property acquisitions for the business, before he was at Suntex he was the Director of Acquisitions at Sun Resorts International, another important role that saw him often travelling around the World on business. After the backlash from fans Bryan has since learned to appreciate how valuable his time with Brandi and their two young children really is, and so far the Redmond marriage seems to have gained a lot of stability from their much-publicized and very public spat.

Brandi is always careful to make sure she looks as perfect as possible, but of course with the cameras trained on the lively fun-loving redhead so much of the time, viewers of The Real Housewives of Dallas are guaranteed to glimpse a few moments when that mask of perfection slips for a few fleeting moments. Brandi and Bryan had a minor hiccup during the first season of the show when Brandi visited a strip-club and got just a bit too friendly with one of the male dancers there. Brandi later commented that she knew that she hadn’t done anything wrong but she told Bryan all about the events of the night and that caused a bit of tension between them, but once again Bryan’s hectic work schedule was really the underlying cause to the problems between them.

Now that Brandi and Bryan appear to be getting used to being in the limelight, and with a second season of the show on the way, it seems that the couple have managed to iron out the issues that have been highlighted on the show, and as a result of talking about the problems between them, they appear to be stronger as a couple than ever before, in fact they even rewnewed their vows in Puerto Vallarta, Mexico when filming on the first season of the show was over. Brandi spends her time involved in various charities, looking after the family home and her two young daughters, and of course getting up to the usual fun with her co-stars, particularly her best friend Stephanie. Brandi doesn’t get along with everyone however, her arguments with fellow Real Housewive LeeAnne Locken are the stuff of reality TV legends, and to many viewers they are more entertaining than any other aspect of the show. LeeAnne is known for her forthright and spirited attitude and when she and Brandi come to verbal blows it’s akin to two undefeated champions of the ring meeting for the first time. The pair appear to have backed off from further drama after their first few arguments but season two is sure to feature more fireworks between the fiery stars of the show.

Brandi’s behavior on the show has affected her private life off-screen in other ways too, in June 2016 her daughters were kicked out of their exclusive private school purely because of The Real Housewives of Dallas show. Brandi’s references to wine as ‘Jesus Juice’ and some of her other conversational pieces, such as the infamous ‘poop-hat incident’ and the profanity on the show, which many found just a bit too much, led to the action, which was unanimously condemned by fans of the show on social media, and with good reason. As many critics and viewers pointed out, entertainment is entertainment but to affect the education of the star’s children due to a TV show is above and beyond the level of interference that any educational institution should be able to impose.

Brandi has also launched a new business recently, the Brandi Lane brand of fashion and clothing, and she’s even offering a Jesus Juice Hoody to customers in a small nod to one of her more controversial moments on the show. It’s early days for Brandi’s new business but she already has a strong following on Twitter, Instagram and Facebook so she has plenty of opportunities to promote her business to her largely female following. With her increased recognizability and the commissioning of the show for a second season it’s clear that Brandi Redmond will be gracing our screens and entertaining us all for some time to come.

Brandi and Bryan have two young daughters, Brooklyn, seven and Brinkley aged five. After the controversy surrounding her daughters being romoved from their private school, Brandi has vowed to tone down her more outrageous moments for the second series of The Real Housewives of Dallas. As for Bryan, he generally avoids any kind of publicity beyond that which he gets directly from the show. All the information and news about the couple’s relationship has come directly from Brandi herself and it seems that Bryan is happy to stay in the background, at least as much as he is able to. In December 2016 Brandi set up a fund to help after her brother in law, Jeff died suddenly from a heart condition aged just 33 shortly after he and his wife Lee announced they were expecting their first child.

Bravo are notoriously tight-lipped about exactly how much the real housewives earn per episode for appearing on the show, but Brandi is rumored to earn about $10,000 per episode. With the launch of her Brandi Lane fashion business recently and her increasing recognizability with the up-coming launch of season two of the show it’s likely that Brandi earns at least $200,000 per year with endorsements, appearance fees and the proceeds from her new business endeavor combined.

Where Does Brandi Redmond Live?

Brandi, Bryan and their two daughters live in a beautiful home in Plano, Texas that comes complete with four bedrooms, three bathrooms and a stone relief motif throughout. The outside of the home is beautifully maintained and there’s a swimming pool for when the relentless Texas sun gets just too much. The couple also own a lake house, built by Bryan that is on the edge of Lake Travis and that has also been featured on the show.

Brandi is involved in many charitable organizations. She actively works with Folds of Honor, a charity that helps to provide scholarships to the families of disabled veterans and has helped promote the aims of Operation Smile, an organization than aims to provide re-constructive facial surgery to children in need of urgent help. Alongside these commendable activities she also makes sure to give something back to the adopted city that she loves so much. She works with the Community Partners of Dallas, an organization which helps to provide support for abused children in Dallas