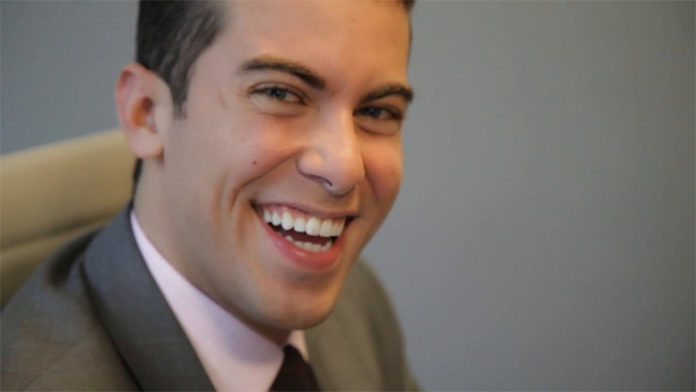 TV personality Luis D. Ortiz rose to fame after starring in the Bravo reality series, Million Dollar Listing New York in 2012. Originally from Puerto Rico, he was a film director before he was a real estate agent. After graduating form high school, he studied film at the New York Film Academy- he later directed his first film, Amalia at the age of nineteen.

From there, he shot another movie called, Theatre of the Absurd in 2007. In an interesting turn of events, Ortiz was later introduced to the world of real estate after trying to rent an apartment on Wall Street. Deciding to go for it, he joined Blackstone properties and soon made his first deal in a matter of days.

In 2012, he received a big break after being cast in the reality show, Million Dollar Listing New York. Thanks to the series, he quickly rose to fame in the US. According to various sites, he currently has a net worth of $15 million. What are his different income sources? Let’s find out.

How did Luis D. Ortiz Make His Money & Wealth? 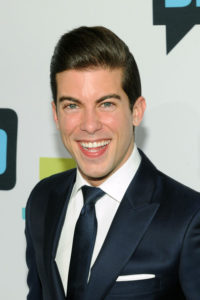 Born on November 13, 1986 in Puerto Rico, Luis D. Ortiz and his twin brother, Daniel spent their youth in the city of Guaynabo. Raised in an “old fashioned” household, their parents were incredibly strict; it wasn’t uncommon for them to receive branch whippings as young kids. Not feeling comfortable at home, the two eventually hopped on a plane to Fort Lauderdale- after telling their parents that they were simply going to the beach. In order to save enough money for the plane ticket, Ortiz sold lollipops; more specifically, he’d buy them at Sam’s Club and re-sell them at school for a premium. After a few years of this, he had managed to save a few thousand dollars- which was more than enough money for a one way ticket to the United States.

After arriving in Florida, Ortiz worked three separate jobs to make ends meet- one of which included working at the Art Institute of Fort Lauderdale, where he helped to rent out recording equipment. Determined to better himself, he eventually managed to hustle his way into getting classes. Interested in filmmaking, he approached a few film students for a possible collaboration- however they were all unfortunately, too busy to work with him. From there, Ortiz received word from a friend that he might find more success in New York.

Taking his advice, he relocated to New York in February 2006. Once there, he enrolled at the New York Film Academy where he studied filmmaking. By the end of the year, Ortiz had released his first film- his “thesis film”, Amalia. A huge success, it later earned a spot at the Cannes Select; not only that, but it also garnered him an award for “Best Director” at the Puerto Rico Film Festival. Thanks to the film, he was also able to re-establish his relationship with his parents, who had initially been furious at his life choices.

From there, Ortiz wanted to create a second film, but he did not have enough funds to undertake such a project. In attempts to solve this problem, he began asking a number of restaurants to invest in his production. While he was rejected by most, he was eventually given some money by a few Mexican restaurants- by the end, he had raised roughly $17,000. Although initially excited, he soon realized it was a disaster during the editing process. Depressed, he found himself crashing on a friend’s couch, with no money.

In need of a roof over his head, he began looking at apartments. As one thing led to another, Ortiz was soon suggested by a broker to try real estate. Taking his advice, he eventually joined Blackstone properties, a Manhattan-based real estate company. With a little bit of luck, the former film student was able to make his first deal within three days. With his share of the commission (approximately $1600), he was able to pay for his rent.

Quickly getting the hang of it, Ortiz began to shine in the field. Before long, he was showing six, or seven clients at a time- “like a tourist guide”. After a few years of working in real estate, he was received a big break after receiving a phone call from World of Wonder, the production company of Million Dollar Listing fame. In need of a new cast member on their show, they had been tipped off about Ortiz. Following the phone conversation, he went to audition in front of the series’ producers; unfortunately, they told him they were “too nice for the show” and was let go. 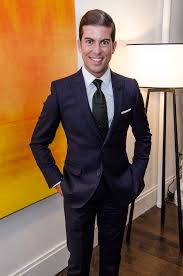 To his surprise however, he later received a callback from the executive producer, offering him a position on the Bravo reality series. Premiered in March 2012, Million Dollar Listing New York entered around the lives of three real estate agents, as they represent sellers in New York City. Joining the show in season two, Ortiz made his debut on May 9, 2013; he was joined by Ryan Servant, and Fredrik Eklund.

Relatively popular, the season premiere ended up attracting over 740,000 viewers that summer. With time, the viewership eventually increased over the subsequent episodes; the season finale later garnered more than 1 million audience members. Although he had been a successful real estate agent for many years (by the time he was cast on the show), it wasn’t until he appeared on television on Bravo that he rose to fame in the US.

Following the end of season two in July 2013, Ortiz returned for season three, which premiered in the spring of 2014- the show later received its first Emmy Award nomination for Outstanding Unstructured Reality Program that year. Find his place in the series, he eventually remained for four years, from 2012 until 2016. During that period, he had become one of the most well known real estate agents in the country.

On September 22, 2016, Ortiz also came back for the Million Dollar Listing spinoff, Ryan’s Wedding, which as its title implies, followed Ryan Serhant’s wedding. How much did the real estate agent earn from starring on the show? It’s hard to know the exact numbers, however we can determine a general ball park. According to various online sources, Ortiz has earned upwards of $200,000 per season on Million Dollar Listing New York. Considering that he was on the show for four seasons, this would translate to approximately ~$800,000.

Not only did the Bravo series earn him a few pay checks, but they also bolstered his overall fame- making him one of the most recognized individuals in the world of real estate. From this, he would have presumably received more opportunities and subsequently, more deals.

Despite his success on the show however, his work on television ultimately led him to be let go by his firm, Keller Williams Reality– who felt that reality TV was not in line with the brand. Still, they emphasized that him being let go was in “no fault of Luis”. Not long afterwards, he joined the same firm as his co-star, Fredrik Eklund. From there, Ortiz announced that he was creating his own real estate group called Ortiz & Co at Douglas Elliman.

As with most reality stars, Ortiz has taken part in a number of real estate-related events over the past years- obviously, he would receive a booking fee for each stint. For instance last April, he participated in the Long Island Real Estate Expo, which was held at the Marriott Hotel and Conference Centre in Miami.

After many years of selling houses, the television star shocked everyone with the announcement that he was quitting real estate last summer. In a subsequent interview, Ortiz explained that he had “chosen happiness” and that he wanted to “spend more time in front of the cameras”. While he confessed that he made a good living as a real estate agent, he explained that he did not feel fulfilled by his work and career.

When asked about his upcoming plans, Ortiz revealed that he wanted to go in front of the camera; although he’d originally moved to New York to pursue a career as a film director, he’s since grown to love being in front of the camera, after starring in Million Dollar Listing New York. Although he’d like to explore it further, he made it clear that he was not interested in pursuing a career as an actor. Instead, “[he] wants a platform that allows [him] to be [him].”

Drawing from everything that we’ve said above, it’s clear that Ortiz made most of his fortune from his successful career as a real estate agent. Having said that, the earnings from the reality show definitely would have helped to supplement his overall income.

No, the former real estate agent is not married- in fact, he is currently still single. Having said that, he’s since revealed that he’s joined a few dating apps, in attempts to make some effort towards finding his special lady.

Does Luis D. Ortiz Have Any Children?

No, Luis D. Ortiz does not have any children that we know of.

No, the reality star did not go to college in the traditional sense. After finishing high school prematurely at the age of sixteen, he hopped on a plane to Florida with his twin brother, in search of a better life. From there, he eventually went to study filmmaking at the New York Film Institute.

As of 2016, the Million Dollar Listing agent resided in an ultra-glam apartment building, located in the heart of New York. Hovering over the Manhattan skyline, the condo boasts a beautiful view of the Hudson River, as well as the many skyscrapers that surround it. Unfortunately, we do not have any pictures of his home to share at this time.

In the past, he resided in Battery Park City, where had had a clear view of the Statue of Liberty, and in the Abington House in Chelsea.

What Kind of Car Does Luis D. Ortiz Drive?

From a runaway teen to a multi-millionaire, Luis D. Ortiz has come a long way since he hopped on a flight to Florida. Although his film directing career didn’t end up working too well for him, he found immense success in the world of real estate. Throughout his career as an agent, he had sold hundreds of millions of dollars worth of property.

Not only that, but he also rose to fame as a reality TV star after being cast in the popular Bravo series, Million Dollar Listing New York. In 2013, Ortiz was included in US Weekly’s list of “Most Stylish New Yorkers”.