James Mattis Net Worth 2018 – How Rich is the Secretary of Defense? 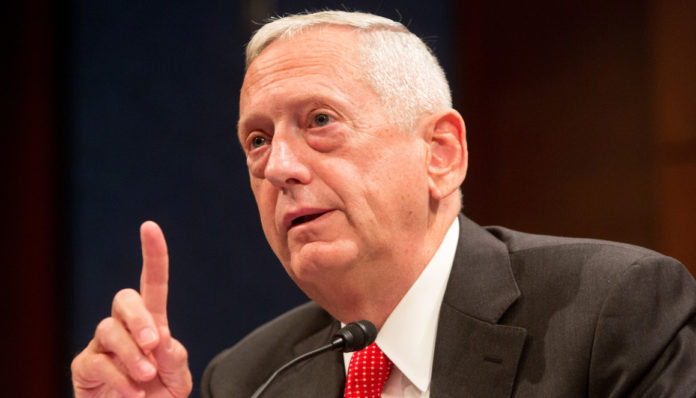 A few months ago, Donald Trump went through and appointed every member of his cabinet. Some of his choices were much more controversial than others. In this article, I’m going to be specifically discussing Donald Trump’s Secretary of Defense, James Mattis. Mattis had a very accomplished career in the military, and so it only seems natural that he would be chosen to oversee the entirety of the United States Military. However, it’s common knowledge that work in the military doesn’t really make a person filthy rich. I plan on talking about exactly how much money James Mattis makes as Secretary of Defense, while also sharing what he did to earn the right to serve in such a prestigious position. Without further ado, let’s get to it.

How did James Mattis Make His Money & Wealth?

James Mattis was born in Pullman, Washintgon in September of 1950. Both of his parents were involved in the military, with his moving having served in World War II in Army Intelligence. His father moved the family to Washington in the first place so that he could work in a plant that was assisting along the Manhattan Project. James grew up in a very mature household, and he spent a lot of time reading. He had a very successful academic career, and he graduated from Columbia High School in 1968. From there, he went to study history at Central Washington. Shortly after graduating high school, though, he enlisted in the Marine Corps Reserve. He was made second lieutenant in 1972, shortly after he graduated. 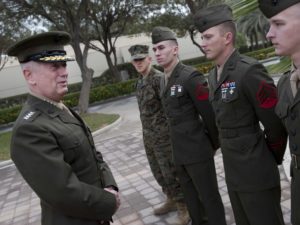 Mattis was well-liked in the military. People respected him because of his intelligence and his poise. During this time, he primarily worked as weapons commander. James participated in plenty of different wars during his lengthy military career. During the Persian Gulf War, he commanded 1st Battalion, 7th Marines, which was an assault battalion. During the Afghanistan War, he commanded the 7th Marine Regiment. He was highly respected by his subordinates due to his willingness to get his hands dirty. Unlike other superior officers, who usually opted to live a little more comfortably than the rest of his men, Mattis had no problems being out there on the front lines. It’s no surprise that, with this strength of character and this resounding intellect, that James would have no problem scaling the military ranks at a steady pace.

By the time the Iraq War rolled around, James had ascended to the rank of major general. He was primarily responsible for commanding the 1st Marine Division, and many of the decisions that he made during this war made a large impression on the military and the United States at large. For instance, Mattis was the one who ordered a bombing be carried out on a suspected safe house near the Syrian border. This bombing, later known as the Mukaradeeb wedding party massacre, was highly controversial, since many suspect that the United States military may have accidentally bombed a civilian wedding party instead. Despite this slip-up, though, Mattis largely led by a peaceful example. He urged his men to practice cultural sensitivity and treat civilians kindly. In 2006, it was announced that Mattis, a Lieutenant General at the time, was going to be leading the I Marine Expeditionary Force. Shortly after this, it was announced that then-President George W. Bush had nominated James to command U.S. Joint Forces Command. He would take that position on with grace. 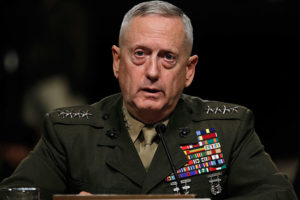 Mattis performed well as a general, and in 2010 rumors swirled that he was a likely candidate to replace James T. Conway as the Commandant of the U.S. marine Corps. Around this same time, he was recommended to fill the position of commander of United States Central Command. Barack Obama nominated him for this position shortly after this recommendation, which came from his Defense Secretary. While he headed up United States Central Command, Mattis helped to make decisions that impacted the wars in both Iraq and Afghanistan. Although certain members of the Obama administration saw Mattis as overly aggressive in his military tactics, he still received respect and admiration in his position. In 2013, shortly after Barack Obama’s reelection, Mattis retired from the Marine Corp, ending quite a long military career. He didn’t just spend the rest of his days playing golf, though. He worked with various companies, such as General Dynamics, Theranos, and Spirit of America. He served on boards across these companies, leveraging his experience in military and government to help them along.

James Mattis’s career took an interesting turn when Donald Trump, who had recently been elected president, nominated him to the hold the position of Secretary of Defense. If you’re well-versed on the rules behind this sort of appointment, you may know that it’s not entirely allowed. You’re not really able to become a Secretary Defense as former military personnel unless it has been seven years since you retired. James only retired in 2013. However, a waiver was used to get around this rule. He was confirmed by the Senate by an almost unanimous vote. Mattis has already made a large impression, although he has only been in this position for a short period of time. He has already made some pretty decisive comments regarding North Korea, Afghanistan, and Syria. As conflicts seem to escalate around the world, it’s up to James Mattis to ensure that the United States Military does what he thinks is right.

Believe it or not, James Mattis is not actually married. Mattis is largely perceived as a more bookish military man, and his lack of marriage is seen as proof of his total devotion to the military. There was a time when he was engaged to woman named Alice Gillis, but Alice actually broke off the engagement shortly before the wedding, worrying that she would just be a burden on James’s career.

It’s pretty common knowledge that working in the military, while rewarding in its own way, doesn’t always make someone a lot of money. As the United States Secretary of Defense, Mattis is technically a public servant, which means that his salary is public information. The Secretary of Defense makes exactly $203,700 per year.

How much money does James Mattis make per day?

If you use his salary, which we already found, then you can just perform some very basic math to determine James Mattis’s daily income. In a year consisting of 365 days, James makes about $560 per day.