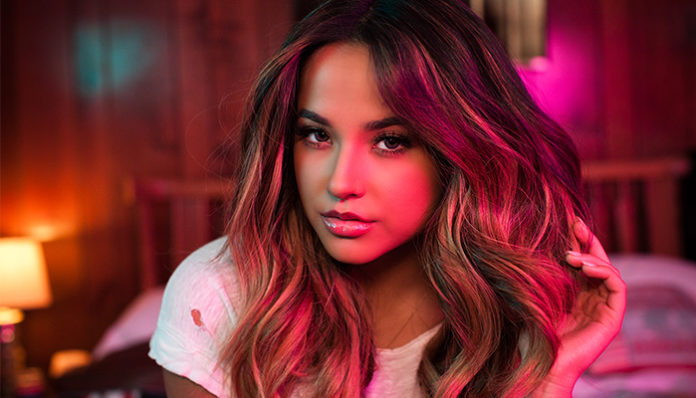 American singer-songwriter Becky G first came to the public’s attention in 2011 when she began to upload videos of herself covering various popular songs. Ultimately, her work captured the attention of a music producer who then signed her with RCA and Kemosabe Records. In 2013, the Mexican-American artist released her debut single, Becky From the Block.

Since then, Becky has come out with several new tracks including Can’t Get Enough (Feat. Pitbull), Break a Sweat, Can’t Stop Dancing, and Sola. Her most popular, and best performing song to date, Shower has gone platinum twice in the United States. Throughout her music career, she has collaborated with numerous artists including Thalia, Yellow Claw, Yandel, Lil Jon, Frankie J., to name a few.

How much has the singer made over the past years? According to sources, Becky G currently has an estimated net worth of $3 million. Where did this fortune of hers come from? Aside from her music career, what else does the 20-year-old have going for her? Let’s explore the answer to these questions below.

How did Becky G Make Her Money & Wealth? 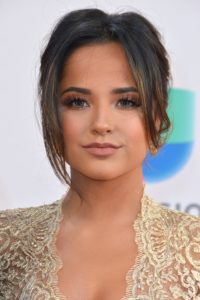 Born on March 2, 1997, in Inglewood, California, Becky G (Real Name: Rebecca Marie Gomez) grew up in poverty with her parents and three siblings. Due to financial problems, the family even lost their home at one point when she was in grade school, which led them to have to live out of her grandparent’s garage.

At the age of nine, she decided she wanted to pursue a career in music after going through a self-described, “mid-life crisis”, which was prompted by her family’s less than ideal financial situation. As a young teen, Becky picked up a few part-time jobs- doing voice-over work and commercials- to help lessen the burden of her parents.

While she initially went to public school, she later dropped out in lieu of home schooling as she was a frequent target of bullying due to her work in the entertainment industry.

In 2008, the brunette made her official acting debut in the short film, El Tux, which starred Daniel Edward Mar, Harvey Guillen and Shelbie Bruce. Later that year, she appeared on television for the first time in the Spanish-speaking TV movie, La estacion de la Calle Olvera (2008).

From there, Becky started to work towards her dream of becoming a singer. In 2009, she joined an all-girl group called, G.L.A.M., for which she later filmed a music video for for the song, JellyBean. Determined to perfect her sound, she started to record herself using Garageband, after which she would upload the clips online. By the time she was thirteen, she was writing her own songs and playing the guitar.

As it happened, she eventually befriended The Jam, a production duo shortly afterwards, which led to a number of collaborations- more specifically, covers of Take Care, Novacane, Lights, and Otis, all of which were uploaded onto Youtube. As word spread of her singing, Becky caught the attention of Dr. Luke, a renowned music producer who has worked with the likes of Miley Cyrus and Britney Spears. After a short meeting, he signed her with RCA and Kemosabe Records.

In 2012, Becky dropped her first song titled, Problem, featuring American rapper, will.i.am, while working on her first studio album. The single was eventually remixed for the animated comedy film, Hotel Transylvania, which hit theatres later that fall. Then, in October, she collaborated with Cher Lloyd on the hit single, Oath, which ended up charting on the Billboard Top 200 and attaining gold certification from the RIAA.

After releasing a song titled, Play It Again in May 2013, the singer came out with her debut extended play of the same name on July 16, 2013. Produced by Dr. Luke, the project boasted seven songs including Lovin’ What You Do, Zoomin’ Zoomin, Play It Again, Can’t Get Enough (Feat. Pitbull_, and a Spanish version of, Can’t Get Enough.

However, it wasn’t until 2014 that she gained mainstream attention with the release of her breakthrough single, Shower. Co-written by Becky herself, the song entered the US Billboard Hot 100 before rising to number 16 in a few week’s time. Her most successful release to date, it later also peaked at number two on the Hot Rap Songs, number one on the Top Heatseekers, number twenty nine on the Billboard Rhythmic, and number seventeen on the Mainstream Top 40 charts.

Aside from the US, the single also charted internationally in Australia, Finland, Germany, Ireland, India, Netherlands, and Norway, among several other countries. To date, Shower has sold over 2 million copies in the United States, earning it double platinum accreditation from the RIAA. An official music video for Shower was later uploaded onto Youtube in June 2014. Incredibly popular, it has racked up more than 300 million views on the site as of July 2017.

Since then, Becky has come out with several other tracks including Can’t Stop Dancing, Break a Sweat, Sola, Mngu, Todo Cambio (Feat. CNCO), and Mayores). While they didn’t attain the same level of success as Shower, they all managed to reach either the Billboard Top 100 or Hot latin Songs record charts in the United States.

On top of her singles and EP, she’s made several guest appearances in the works of others including Die Young (Remix), Magik 2.0, Clouds, For the Trill, Superstar, New New, and Do It. Some of the artists whom she’s collaborated with include Kesha, Juicy J, Wiz Khalifa, Austin Mahone, Yellow Claw, Cody Simpson, and 3Ball MTY.

As expected from someone with millions of fans, Becky has put on numerous shows since her debut in the early 2010’s. Obviously, these events would yield the artist a decent sum- perhaps a few thousand dollars (or more) per performance. For instance in 2015, the singer embarked on a concert tour where she performed at well over 30 different venues across the US and Canada.

Although she hasn’t returned to the stage so far in 2017, it appears that she will be taking part in the Los Dells Festival in Mauston, Wisconsin on September 2, 2017.

Aside from her music career, she also banks a decent amount from acting (remember, she acted before she became a singer). Recently this March, Becky was cast as as the Yellow Ranger in the superhero film, Power Rangers (2017). A reboot of the original series, it ended up grossing over $85.4 million in the US and Canada, and more than $55.7 million in foreign marks for a total worldwide gross of $141 million.

As far as other money-making endeavours go, Becky also has a Youtube channel, from which she presumably pulls in some passive income. Since she first created her account in 2011, she’s amassed over 314K subscribers. As of July 2017, she has more than 28 million lifetime views across her videos. Given that she’s joined Google’s Partnership Program, she would have earned at least $11,000 so far, from ad revenue alone.

Currently it is estimated that Becky G has a net worth of $3 million. Let’s go back to our original question- where did the 20-year-old earn her fortune from? From everything that’s been discussed above, it’s clear that most of her wealth stems from unwavering success as a recording artist. A multi-platinum selling singer, she has sold millions of records over the past five years. In addition to that however, it would seem that her income is also supplemented by what she earns from acting, and concert performances.

Assuming that she continues to sing and act, we don’t foresee her net worth coming down anytime soon- if anything, it will only continue to climb over the next years.

No, the Mexican-American singer is not married. Since April 2016 however, she’s been in a relationship with Sebastian Lletget, a professional soccer player for LA Galaxy.

In the past, she briefly dated singer-songwriter, Austin Mahone for a few months in 2015.

Does Becky G Have Any Children?

No, Becky G does not have any children that we know of.

Did Becky G Go to College?

No, she did not go to college. Becky has been focused on her music career ever since her teens in the early 2010’s, back when she was still homeschooled.

Where Did Becky G Get Her Stage Name From?

Her stage name, “Becky G” is derived from her given name, “Rebbeca Marie Gomez.

Where Does Becky G Live? Pictures of Becky G’s House

Becky G currently resides in Inglewood, California. Unfortunately, further details on her location have never been revealed- and understandably so. We do not have any pictures of the singer’s house to share at this time.

What Kind of Car Does Becky G Drive?

We do not have any information on Becky G’s vehicle at this time.

Since her official debut in 2013, Becky G has released 16 singles, 13 music videos, as well as an extended play. Out of all of the songs that she’s dropped, half a dozen have made it onto the music charts- the most noteworthy being that of Shower, which has since received double platinum creditation in the US.

How Much Did Becky G Earn Last Year?

Regrettably, information on Becky G’s 2016 income is unavailable at this time.

So far this year, Becky has released two new songs- Todo Cambio (Feat. CNCO) and Mayores (Feat. Bad Bunny); both have since charted on the Hot Latin Songs chart.

As far as guest appearances go, she was also featured in Play-N-Skilz’s Spanish, Si Una Vez (If I Once), and in Axel’s Que Not Animemos.