Chix on Dix/Industrial Strip Update- What Happened After Bar Rescue 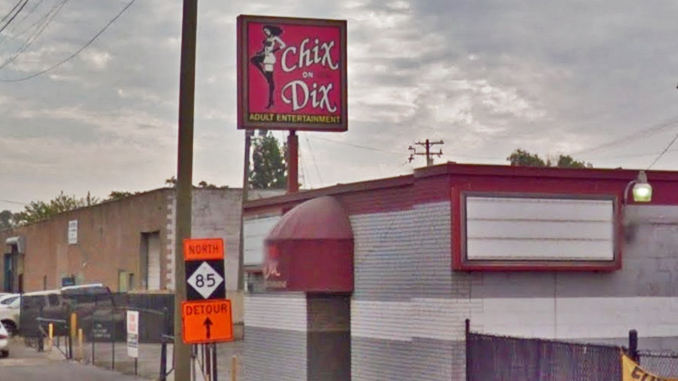 Chix on Dix Before Bar Rescue

In 2005, longtime bar-owner Richard Skinner opens Chix on Dix, a topless club in Detroit, Michigan. It’s on Dix avenue, so Richard thought “Chix on Dix!” Richard has been in the bar business since 1976 and has owned numerous bars, but having a strip club make some profit is something he’s never done. The only topless bar in its area, it was successful for its first year. The first six months they were open, they did about $50,000 a month. Riding high from his early success, Richard changed his focus to his other businesses and Chix on Dix soon suffered. Plagued with fights, the bar was hurt badly.

In order to revitalize profits, Richard brought in bar expert Darren Lee, who has been in the bar business for nearly 30 years combined. Darren is like a miniature Jon Taffer and has butted heads with Richard numerous times. His first move was to bring in agent Chuck Whisnat to hire in new women. However, female “entertainers” Athena, Selena and Sweetie disagree, and all the new girls don’t last long anyways. Chuck is supposed to be the guy who gets all the girls, but Richard will come in sometimes and there will only be one girl on stage. Chuck is not living up to his expectations.

In an effort to change the business, Darren then changed the name of the bar to “Industrial Strip” since he could not overcome the reputation. Richard had high expectations, but Darren is too headstrong and thinks he knows everything. Darren was put on a strict budget, but Darren insists that you need to spend money to make money. All the small things they do add up to big things, but Darren thinks that all the small things don’t matter without any big things.  Jon Taffer has been called in to work on fixing Chix on Dix, and rescue them from their $200,000 in debt.

Chix on Dix on Bar Rescue

Jon and his car full of experts pull up, and Jon mentions that they are each at the Industrial Strip or Chix on Dix – there are two clashing signs. Lisamarie Joyce has joined Jon, and she says that it definitely looks like two different bars. Lisamarie Joyce is a master of TGI Friday’s Bartender Championship, winning the award twice. The name is so unclassy and quite offensive, Renae Lemmens explains. Rennae is the entertainer director at world-renowned Sapphire Gentleman’s Club in Las Vegas and has 17 years of experience in the industry.

They are about 10 minutes from downtown Detroit and across the street from one of the largest automotive plants in the world; the median income for the area is only $29,000 a year. This is a blue-collar working man’s place, Jon explains. A place like Chix on Dix instead chases people away. Inside, two women dance, and Richard is completely absent. Darren is patrolling the floor, and has been supposedly running the place as a GM-Consultant-Assistant Manager. Darren tried to refresh the place by hanging guitars on the wall, a horribly unoriginal idea a month, and they are losing $5,000 a month. Darren is a horrible consultant. Chuck, the dancer agent, sits off to the side on his phone call. Lisa points out that one of the dancers is falling asleep at the bar, but the dancer is an entertainer with connective abilities. There are almost no patrons in the bar for the women to work on, and several of the dancers are already drinking.

In the back, Darren works on preparing food for the customers. Jon sends in his squad of eight men for a bachelor party, and the mess begins. Jon has provided the dancers with a great opportunity, and the spies enter the 3,500 square foot space, grossing $64 per square foot in sales, $336 less per square foot than Detroit’s top gentleman’s club. A bartender in an environment like this can be a catalyst for the women – a shy man is more likely to interact with a bartender than the entertainers. Rennae agrees with Jon, and Chuck instructs the bartender to give the bachelor a shot. The bartender loosens up a little bit, forcing Lisamarie to think that was a good interaction. 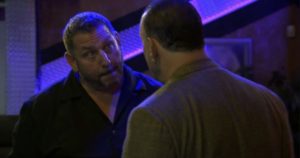 The bartender takes the order, consisting of 5 long island iced teas and a manhattan drink. The liquor dispensing system is equipped with a ring, meaning that the liquor will not pour unless a ring is held – this keeps the bartender responsible for liquor sales. A system like that minimizes interaction in a lot of ways and really slows down the drink making. Chuck then instructs Sweetie to walk around and mingle with the customers, and she asks one of the bachelors to get her a drink.

Rennae is offended by one of the entertainers who simply says that she is tired and has a long day, and says that it is the worst customer service she has ever seen. One of the dancers performs, and Jon says that the performer has her back turned on the observer, making it “strictly eye-to-ass.” She should have some kind of connection, but without a connection, the guy is just going to walk away. One of the guys touches the stripper, which is absolutely against the law according to Rennae.

One of the strippers mentions that it is absolutely dead in the bar, and Athena is called up to perform a dance. She complains that she doesn’t want to go and she does horrible at dancing, burning her back. Jon, Rennae and Lisamarie have seen enough of the pathetic display, and they enter to sit down with the three men in charge of the bar (after calling Richard in) to set things straight.

One of the first rules that Jon changed is that there is to be absolutely no drinking on the job unless they are purchased a drink. The entertainers are sent to classes by Rennae to learn how to properly dance and connect with their customers, while Lisamarie trains the existing bartender and a new bartender on how to make new, exciting drinks. Chuck is eventually fired from his position, Sweetie leaves her position, but an entirely new team has formed under the Chix on Dix banner.

Darren has really stepped up his game and has been entrusted by Richard with more responsibility. Jon renamed the bar from the combination name of “Industrial Strip/Chix on Dix” to “Power Strip,” as well as repainted the venue to a popping black-and-yellow coloring. The inside of the bar has been completely redone to feature not just one pole on the center stage, but two. The entertainers on the first night alone made more than $1,000 in tips each. The poles are equipped with neon lights and change colors when touched. The colors inside the bar truly pop and now it looks magnificent.

Unfortunately, despite the change in name and shift in management, Power Strip was plagued by the same issues that hurt Chix on Dix – too lazy management that kept their hands off on running the show. In June of 2016, Power Strip was closed down permanently due to no profitability. It had a decent 2 star rating across 37 different reviews on Facebook at the time of its closure.