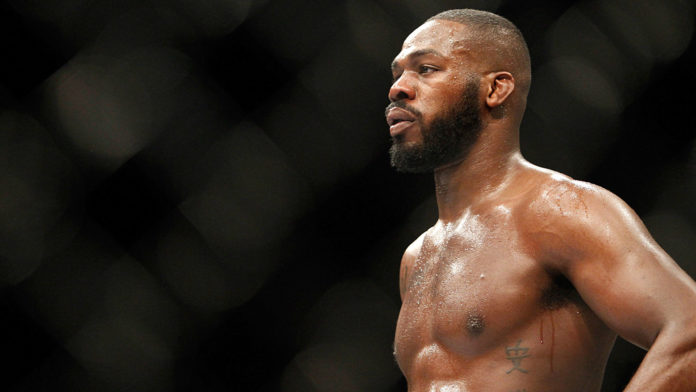 Jon Jones is another divisive figure in the world of Mixed Martial Arts. Unlike McGregor, the reason for this has less to do with a smart mouth and more to do with numerous charges of drug use and a hit and run incident. He has been on and off the roster ever since. Bit of a shame, as he is one of the best Light heavy Weight’s to grace the ring. Using an unorthodox striking style, and a few well placed submissions Jones has proven time and time again that when it comes to in-ring ability he is more than worthy of the Title. The recent controversies that he is embroiled in has made a bit of a dent on his income, losing several big endorsement deals, but he is still holding onto a sizable fortune. I can only hope that this is a short term set back.

So let’s take a look at how he makes his money. MMA fighters have a variety of income sources, both from their employers, the advertisers and lucrative endorsement deals. A brief look at the recent issues costing Jones serous money might be in order too.

How Did Jon Jones Make His Money & Wealth?

Jones started out as a wrestler in high school, as well as a football player. He was slighter back then, earning him the nickname Bones, that he still uses today. The connotations have changed a little since then. After high school he went on to college, but dropped out of his Criminal Justice course to pursue MMA full time. He had his first professional bout in early 2008, and five others before three months was out. He won them all, bringing him to the attention of the UFC.

In late 2008 he was brought on as a replacement fighter. He went up against Andre Gusmão in UFC 87, winning handily, debuting his striking style. An unusual blend of wrestling and spinning strikes, designed to do damage as well as confuse the opponent. It would begin what is now the second longest unbroken winning streak in UFC history, though there is some controversy regarding that. In late 2009 he faced off against Matt Hamil, a fellow  contender for the Light Heavyweight Championship, and despite a dominating performance from Jones he was disqualified. Reviewing the tapes revealed his use of illegal elbows.

At UFC 128 Jones went up against Maurício “Shogun” Rua, as a replacement for his injured sparing partner, and fellow contender Rashad Evans. Jones scored an early knee that devastated Rua, putting him on the back foot for the entire fight, allowing Jones to take control of the bout. In the third round a body shot followed by the rising knee to the head forced the ref to stop the round. The win made Jones youngest Champion in UFC history.

All that success brought with it ever increasing prize purses, not to mention being higher on the card increased his take home from the UFC itself. Once on top the money was enormous, with him routinely taking home several hundred grand per fight. There is some news regarding a potential eight figure pay day that Jones declined too. With a newly increased profile Jones began attracting endorsements from larger firms, he was the first MMA fighter sponsored by Nike Internationally, and he had deals with work out supplement companies and Reebok.

It began to fall apart in 2015, due to a hit and run incident. The biggest issue with the whole thing is that Jon Jones fled the scene of the crash, leaving a pregnant woman disorientated in the car he hit. It has been proven now that Jones ran a red light, and that there was marijuana in a pipe in the vehicle. He was stripped of his title and removed from the rankings. In addition he was suspended indefinitely. Upon his return in 2016 he seemed to be under closer scrutiny, as he was found to have drugs in his system. I am fairly certain that he did not dope, there is some pretty compelling evidence that the cialis he was taking was contaminated. Regardless he received a tow year ban from competing.

Due to all of those issues he lost his sponsorship deals with Nike, MuscleTech and Reebok. Considering his current suspension I have no doubt that he is feeling the pinch. With the suspension due to be lifted late this year I am sure he can get back on track. It remains to be seen if the actions he has taken in the last few years will leave a permanent mark on him, or if he can again climb through the ranks to get his title. Should be interesting to watch at the very least.

So far as I can tell he is not yet married. He is reportedly engaged to Jessie Moses, having proposed back in 2013. No news of the wedding though. His recent troubles seem to have put a strain on the relationship, but Moses is sticking by him.

Does Jon Jones have any children?

He has four children. Three with Moses and one with another woman. It was the impending birth of his children that prompted him to drop out of college and get a job. His MMA career would take off not long after leaving college, so it seemed to pay off for him at the time.

Where is Jon Jones from?

Where does Jon Jones live? 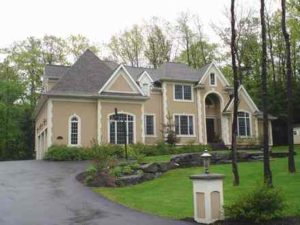 Right now he is renting in and around Albuquerque New Mexico, but he own property up in Ithaca, New York. The House was recently listed as for sale though. It is likely that he is seeking property in New Mexico.

Where can I watch Jon Jones?

Jon Jones will make his return to the UFC soon, July 29th at the Honda Center in Anaheim, California. In a title fight against long term rival Daniel Cormier. It is not much of s surprise to some. Dana White stated not long after Jones’ suspension last year that he would not be headlining anything with the promotion again, and yet here we are a year later, and Jones is up for the title. Personally it seems like a no brainer. The hype surrounding his return is wonderful, and the fight itself is likely to be fantastic. Here’s hoping Jones can get back to work, and focus on maintaining his streak.

I have no idea what sparked the move, but during the weigh in Jones leaned far too heavily against Daniel, prompting a fight before the bout. The two then exchanged blows before being restrained by the event organizers. Jones was fined for the unsportsmanlike-like conduct, $50,000, and given 40 hours of community service by the Nevada State Athletic Commission. He claimed that he lost his Nike endorsement due to that, but this was a lie.