Fitbit Blaze Review – Is It Worth It? 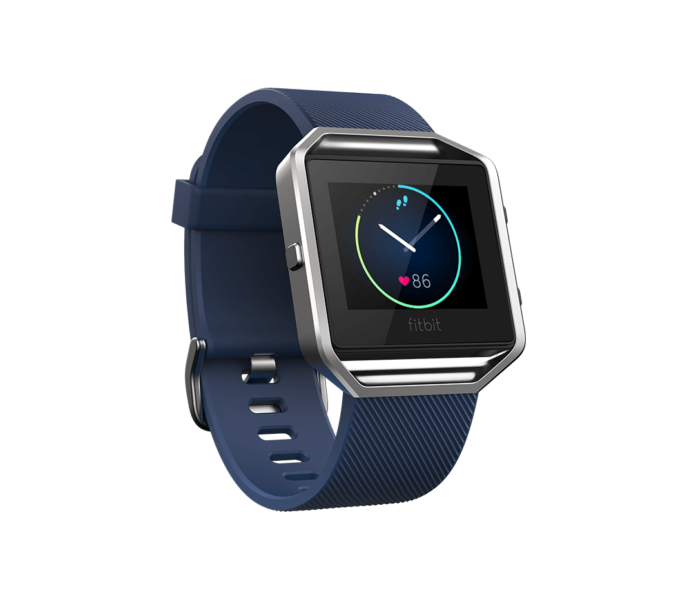 Following on from the successes of the Fitbit Surge, released in 2014, Fitbit has released a new wearable, the Fitbit Blaze. This time around, Fitbit has decided to hop on the Smartwatch bandwagon, and instead of being a fitness wearable, it’s a “Smart Fitness Watch”. It breaks away from the surge in the fact that it actually has a sleek design, and the larger touchscreen display is color. While the previous Surge didn’t make the cut for me, I have better hopes for the Blaze. I’ve seen a few of these floating around town, and that’s not too bad, since the town I live in (Wellington, New Zealand) is tiny. Let’s see if the Blaze can improve on the Fitbit Surge.

Like the Fitbit Surge it succeeds, the Fitbit Blaze is the most expensive tracker in its fleet. Luckily, the price difference is a little more justified this time, with it’s color display and touchscreen. At this price range, the Fitbit Blaze is competing against Android Wear smartwatches, and even the Apple Watch Series 1. That’s a tough ask, since the Fitbit Blaze doesn’t have the benefit of having a well-established tech company making the OS, unlike Google’s Android Wear and Apple’s WatchOS. Even so, it seems to have a fairly polished OS, and it’s much more feature rich than the rest of Fitbit’s lineup, like the Alta HR, which is almost as expensive as the Blaze.

Straight off the bat, the Fitbit Blaze’s design is leagues better than that of the Fitbit Surge. It’s a sleek aluminium frame, with the screen and buttons inside it. Unlike the Surge, the band on the Fitbit Blaze is actually smaller than the face, making it look a tad bit more like a regular watch. The edge of the Blaze is also chamfered a little, to make it conform to your wrist a bit more. Although the band is smaller than it’s Surge counterpart, it still stays on during any activities. In the Fitbit Surge review, I mentioned you wouldn’t want to wear it in formal attire, but the Blaze is the opposite. It looks sleek and classy, about on par with the Apple Watch – with the right band.

The design is hardly surprising; it occupies a different space in the market to the Surge. Instead of being a fitness watch, it’s placed between a smartwatch and a normal Fitbit. This means that Fitbit wants it to be your watch for everything, from workouts to business meetings. Overall, it’s a great looking watch, and it’s a vast improvement over the awful looking surge.

Bridging the gap between the Fitbit Alta and Android smartwatches is the Fitbit Blaze. While the Surge had a small monochrome display, the Blaze has a full-color LCD, which I suspect is an IPS display, since it’s viewing angles are superb. It’s standout features here are the automatic heart rate monitoring, and it’s GPS tracking through a nearby mobile phone. Like the Surge, it does a pretty good job of it, but the GPS tracking isn’t the most accurate. Also, it requires you to have your phone nearby. Sadly, like mentioned before, the Fitbit Blaze doesn’t have the backing of a huge tech company to make it’s software – it has it’s own homegrown OS. That means that while it could be every bit as good and possibly more stable than Android Wear or WatchOS, it doesn’t have the capability to integrate as well with either iOS or Android.

Also, unlike the smartwatches we’re used to, you can’t download apps on it, so you’re left with only the ones Fitbit has developed themselves. That means no games, payment services, or any 3rd party apps at all. This is a massive leap backwards from the likes of the Apple Watch and Android Wear smartwatches, where you can download apps and games onto them. Downloading apps and games on a watch isn’t too practical, but some of us like to do that. That is possibly where Fitbit has chosen to go – if you don’t need it, you don’t get it. This could be to highlight Fitbit’s own fitness apps and capabilities too, and I don’t blame them for that, since it’s their primary business. While the Fitbit Blaze isn’t featureless, it’s also not as feature rich as the Android Wear smartwatches in a similar price bracket.

As mentioned above, the Fitbit Blaze doesn’t support third party apps. Because of this, fitness tracking and syncing only works through the official Fitbit app. Luckily, Fitbit’s app is best-in-class, and no other companies fitness apps come close, apart from Jawbone. This is one huge area where the Fitbit Blaze has a competitive edge over Android Wear smartwatches and the Apple Watch. The Apple Watch is good at tracking, both heart rate and activity, but it can’t compete with the Fitbit Blaze, where tracking is it’s primary function. What’s also missing from the Series 1 Apple Watch, but is present on the Fitbit Blaze is GPS tracking. You can use it to track your runs, which conveniently and automatically show up on the Fitbit app. It’s available for both Android and iOS, and it’s a very polished, professional app.

Fitbit still hasn’t added Apple Health support, but with the help of a third party app, it can be done. However, it’s a little bit of a pain, so I’d recommend sticking with the regular Fitbit app, which, might I add, is better than the Apple Health app anyway. It’s insightful and useful, and it’s generally considered to be one of the better health apps. You can also track other things, like meals and calorie intake – something you can’t do on with Apple Health without a third party app. Overall, the app connectivity and tracking are great on the Fitbit Blaze. No surprise, considering Fitbit’s experience with it.

Battery life is a common problem with smart watches, especially Android Wear watches and the Apple Watch. This is mostly due to the small batteries and color LCD displays. However, the Fitbit Blaze manages up to five days of battery life, even with it’s bright and clear color LCD. That’s an impressive feat, and it’s probably due to the lack of a powerful operating system. Without those pesky 3rd party apps, Fitbit can optimise the watch so that every bit works exactly as it should. Also optimised is the battery consumption of every app, which allows the Fitbit Blaze to achieve it’s huge five days of battery life.

However, when it does come to charge the device, it does get a little finicky. Instead of the usual plug or magnetic dock, you have to place it into a cradle in the right orientation, in order to line up the charging pins. It’s a bit more involved than I’d like it to be. By contrast, the Apple Watch only requires that you place the watch on the magnetic dock, in any orientation, and it will proceed to charge wirelessly, without the need for charging pins.

There are a plethora of customisation options for the Fitbit Blaze, which, while pricey, is a great thing. Since it’s a more style focused watch, there are a few more options for customisation than there are for the Surge. There’s a selection of leather, slim, and even metal bands, which makes the Fitbit Blaze a pretty versatile device, for a variety of different settings. Unlike the Surge, you can also change the watch face, which is a welcome addition. Since the Blaze is the latest device in the lineup, accessories are still being sold, which is excellent.

With the default band on, the Fitbit Blaze is very comfortable. Wearing it for the whole day is no problem, and there’s no discomfort. It’s just like wearing a normal watch, especially since the sides are bent down to conform to your wrist. Overall, it’s a very comfortable watch, and it stays comfortable all day. I wouldn’t say it’s uncomfortable as such, but since the display isn’t “always-on”, you do have to make a little more of an exaggerated wrist movement to make it activate.

The Fitbit Blaze is the most expensive Fitbit you can buy today. It has a premium price tag, and a premium feel, but it falls a little short on features for it’s price. If you’re a heavy user of the fitness features, it may be better value for money, but it doesn’t have enough smartwatch features to justify it’s steep price. Still, it has a GPS built in, which is something you’d only find on more expensive smartwatches, so if you just want a GPS enabled watch, the Fitbit Blaze is one of the cheaper options.

The Fitbit Blaze is a good “Smart Fitness Watch”. There’s no doubt about that, but it’s serving dual duty, both as a fitness wearable and as a regular smartwatch. While it’s fitness features are second-to-none, it falls short on the smartwatch features. If you don’t need apps or heavy integration with your phone, the Fitbit Blaze is an attractive option at a modest price for the hardware. It also has ridiculously long battery life for a color smartwatch. All of this adds up to a great watch which is positioned oddly in the market. Perhaps Fitbit’s smartwatch line will thrive once they allow 3rd party apps and watch faces.