Miss Mulatto Net Worth 2018 – How Wealthy is the Rapper Now? 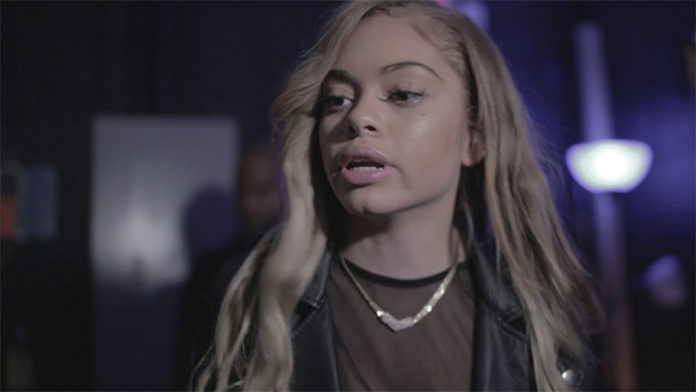 Hailing from Atlanta, Georgia, Miss Mulatto rose to prominence after snagging the the winner’s title in the reality series, The Rap Game in 2016. Having said that, her love for rapping developed much earlier, when she was just ten years old. Prior to appearing on television, she had performed at numerous events, which had garnered her a strong local following.

Following her win on the Lifetime competition series, she was offered a record deal with So So Def Recordings- from there, she released her debut single titled, No More Talking in February 2016. Since then, Miss Mulatto has come out with several other titles including Response Diss, Check Me Out, and Cash Walk.

Most recently this April, the rapper also dropped her first mixtape, Latto Let ’Em Know. According to various sources, Miss Mulatto currently has an estimated net worth of $500,000. How much of this was earned directly from record sales? Besides her rapping, does she have any other sources of income? To answer these questions, let’s take a fuller look at her career thus far.

How did Miss Mulatto Make Her Money & Wealth? 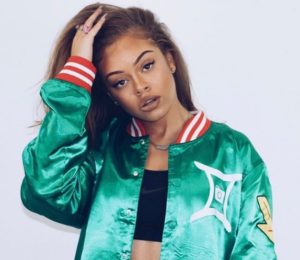 Born on December 22, 1998 in Ohio, Miss Mulatto (Real Name: Alyssa Michelle Stephens) grew up in Atlanta, Georgia with her Caucasian mother and African-American father. A cheerful, exuberant child, she was raised alongside her two sisters, Kay and Brooklyn; together, they enjoyed a rather idyllic childhood. Having inherited her parents’ love for music, she started to rap at the tender age of ten- this passion would continue to follow her into her teens.

After completing grade school, Miss Mulatto went to Lovejoy High School in Clayton County. Ultimately, it was while she was in tenth grade that she decided to try her hand at the Lifetime reality series, The Rap Game (2016). Hosted by popular rapper and record producer Jermaine Dupri, it premiered on January 1, 2016. Sixteen years old at the time, she was crowned the winner of the entire competition after defeating four other aspiring artists on the show.

Shortly after her win, she was signed to Dupri’s record label, So So Def Recordings. After some studio time, she released her debut single titled, No More Talking on February 19, 2016. A considerable success, it went on to receive over 90K views on Vevo alone; as of July 2017, the song has a 4.6 star rating on Apple, which is an achievement of its own. The single’s official music video, was later uploaded onto Youtube a few months later on May 6, 2016- so far, it has garnered over 432K video views on the site.

On July 22, 2016, Miss Mulatto received a small break after being featured in Lil Niqo’s hit track, Tough on the Internet. Continuing with her momentum, she later teamed up with Bandit Gang Marco on the single, Same Road, which was released on November 28, 2016. Produced by Tasha Catour, the collaboration garnered her much exposure; the official MV iitself has since been viewed over 1.5 million times on Youtube to date.

In January 2017, the rapper released her next single, I Got Moves (#UsherRaymond) through Pittstop Entertainment. Featuring C-White, it earned nothing but positive praises from fans. A week later, the artist followed up with her second track of the year, Response Pass. Made available as a digital download through iTunes, the song quickly went on to receive thousands of views upon its release.

The next month, Miss Mulatto- alongside rapper Phresh Ali was featured in Mani’s track, You Thought. Dropped on February 3, 2017, the collaborative project currently holds a perfect five star rating on iTunes. By the end of the month, she had released a new single titled, Cash Walk, which featured 2-Crucial.

On April 11, 2017, the Atlanta native released her long awaited album entitled, Latto Let ‘Em Know. Boasting an hour’s worth of rap and hip hop, it contained over a dozen tracks including the titles Want it All, Hold it Down, Bring it Over Here, Real Princess, and Moved On; a handful of artists also made guest appearances including Lil’ Key, Molly Brazy, Bandit Gang Marco, 2-Crucial, and Silento.

Seeing as how she’s come out with so many songs, it can be assumed that the majority of her assets came from what she earned directly through record sales. Some of the other tracks that she’d contributed to (that weren’t mentioned above) include: Stylin’, Feelings, Hobby, Party in Caracas, Ninja March, and Whoa.

In addition to her singles and album, Miss Mulatto has put on a number of concert shows- most of which took place within the last year. As it is with most recording artists, live performances are another major source of income for performers, such as herself. Within the past month alone, she had hit 11 different venues across the country from Columbia, South Carolina, to Dallas, Texas. This upcoming August, the rapper will also be performing at the Hard Rock Live Orlando in Florida.

Outside of music, Miss Mulatto also has dreams of becoming either a fashion designer or stylist one day.

No, the 18-year-old rapper is not married. While not much is known about her dating life, it’s presumed that she is currently single.

Does Miss Mulatto Have Any Children?

No, Miss Mulatto does not have any children.

Did Miss Mulatto go to College?

From what we can tell, Miss Mulatto is not pursuing further education in college. Due to her busy work schedule, she was unable to continue her studies at Lovejoy High School as a teen; following her leave, she reportedly enrolled at an online school.

Where Did Miss Mulatto Get Her Name From?

The rapper’s stage name, “Mulatto” refers to the formerly used term which was used to describe individuals with one white parent and one black parent.

Other than the fact that she currently resides in her hometown of Atlanta, Georgia, not much is known about Miss Mulatto’s home.

What Kind of Car Does Miss Mulatto Drive?

Last year, Miss Mulatto mentioned a few times that she was going car shopping on Twitter- having said that, it was never revealed what type of vehicle she had actually purchased in the end.

How Much Did Miss Mulatto Earn Last Year?

Unfortunately, we do not have information on Miss Mulatto’s income for 2016.

As far as big releases go, Miss Mulatto recently dropped her debut studio album, Latto Let ‘Em Know this April, as mentioned above. More recently, she also released the single, Check Me Out on June 5, 2017.

This August, the rapper will be hitting the stage at Hard Live Orlando in Florida. Should you be interested, tickets are still available for purchase as of July 2017.