OB O’Brien Net Worth 2018 – How Wealthy is the Canadian Rapper Now? 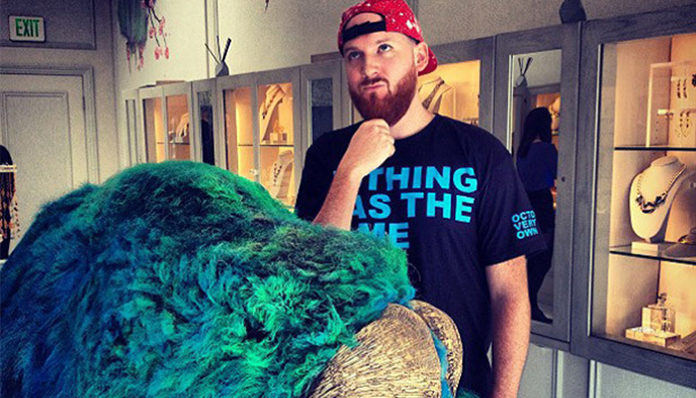 Hailing from Ontario, Canada OB O’Brien is on his way of becoming one of the greatest names in hip hop. Raised in the city of Hamilton, he first came under the radar after appearing in Drake’s, HYFR music video in 2011. Since then, he has worked tirelessly to cement his place in the music industry.

Now a member of the OVO entourage (who also works with the likes of Drake, T-Minus, Future the Prince and Mike Zombie, etc), O’Brien has released several singles over the last few years including Steve Nash, 2 On Thotful, and Hazelton Trump. Throughout his career, he has collaborated with a number of artists including Bizzy Crook, P Reign, and CJ Flemmings.

Since he made his rap debut, O’Brien has garnered himself a considerable fanbase, with over 64K followers on Soundcloud, 221K on Instagram, and 31.5K on Twitter. A successful and popular artist, as implied by the previous mentioned numbers, surely he’s banked himself some over the past years? Unfortunately, his net worth is still under review at this time so take it with a grain of salt.

How did OB O’Brien Make His Money & Wealth? 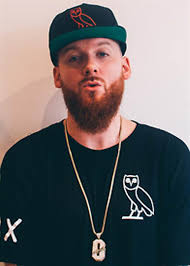 Born on May 25, 1984, OB O’Brien grew up in the neighbourhood of Westdale in Hamilton, Ontario. The son of an award-winning bluesman, he developed a keen interest in music at a young age. Aside from himself, he also has a brother named Jesse O’Brien who is a talented keyboardist. As a teen, he went to school at Westdale Secondary, where he often hosted and performed skits at pet rallies.

After graduating from high school, O’Brien enrolled in the Comedy Writing and Performance program at Humber College, a polytechnic institute in Toronto. Having fallen for rap as a young teen, he produced a number of beats during his school days. However, it wasn’t until he started to collaborate with the likes of P Reign and Drake that he first started to garner widespread attention.

An avid gamer, he had actually met Canadian rapper Drake through a video game- at the time, the latter was just finishing up with the TV series, Degrassi: The Next Generation. After hitting it off, the two started to collaborate together on a few occasions; before long, O’Brien had become known as “the bearded dude” in the popular artist’s music videos. Of course, it wasn’t long until the fans began to take notice of the man who was always in his accompanying MVs.

In April 2012, O’Brien was featured in Drake’s HYFR music video; a smash hit, over 47 million individuals have since watched the 4-minute long clip. Following that, he appeared in the MV for his 2013 track, Started at the Bottom.

After appearing in several music videos, the aspiring rapper began to pen rhymes for Boy-1da and Drake. Later in January 2014, he dropped his debut single titled,Steve Nash. Not only was it his first official release, but was also his first record with Drake’s music label, OVO Sound. A considerable success, it racked up thousands of streams on Soundcloud within a few weeks’ time; to date, it has been played over 2.3 million times on the audio-streaming platform.

Later that summer, O’Brien released two additional singles, the first being that of Hazelton Trump. Since the official audio was first made available on May 12, 2014, it has been listened to more than 56,000 times on Youtube. On Soundcloud, it proved to be an even greater success, having recovered over 4 million streams. Praised by fans, the track currently has a 4.5 star rating on the iTunes store.

On December 13, 2014, the rapper dropped another track, Schemin Up, which featured P Reign and Drake. One of his most popular songs to date, it has received over 42 million hits on his official Soundcloud account as of July 2017. Produced by Noah Shebib and Boi-1da, the title has also been viewed more than 303,000 times on Drake’s Youtube channel.

Aside from his singles, O’Brien has also appeared as a guest artist in several songs such as Bands in a Depression by Bizzy Crook, and Re Up by CJ Flemings.

Although he hasn’t come out with any new material for a while now, the rapper recently gave a performance at BLND Tiger in front of thousands of devoted fans in his hometown of Toronto, Canada, in February 2016. In 2015, he also took part in an OVO event held at the La Vie Complex, which also featured Majid Jordan and a number of other guests.

On top of what he’s made from his singles, O’Brien’s Soundcloud account is also capable of earning him some extra cash- through a program similar to what Youtube offers it users. By choosing to have audio advertisements between one’s tracks on the site, an individual is able to make a small amount from the advertising. So far, the rapper has amassed over 64.2K followers on the audio-sharing platform.

From what we can tell, the 29-year-old rapper is not married- having said that, we’re not entirely sure as he’s never talked much about his personal life, much less his dating life!

Does OB O’Brien Have Any Children?

Considering the fact that we know almost nothing about his love life, the answer to whether or not he has any children is undetermined. At the very least, he has not indicated that he is a father.

Did OB O’Brien Go to College?

Yes, the Canadian artist went to college. After graduating from Westdale Secondary, where he first began to hone his rap skills, he attended Toronto’s Humber College where he was part of their Comedy Writing and Performance program.

Where Did OB O’Brien Get His Name From?

The first part of his stage name is likely an acronym for his last name, “O’ Brien”.

Where Does OB O’Brien Live? Pictures of OB O’Brien’s House

OB O’Brien currently resides in his hometown of Toronto, Canada. Unfortunately, we do not have any further information about his home, nor do we have any pictures of his house to share at this time.

What Kind of Car Does OB O’Brien Drive?

Since he first appeared in Drake’s music videos in the early 2010’s, OB O’Brien has made a name for himself as a rapper with the tracks, Steve Nash, 2 On Thotful, Hazelton Trump, and Schemin Up– the last of which received over 30 million hits in under a year.

Although he was said to have been working on a full length project at one point, said tape has not yet surfaced. In fact, not much is known about OB O’Brien’s whereabouts in the recent months (which is a shame, really).