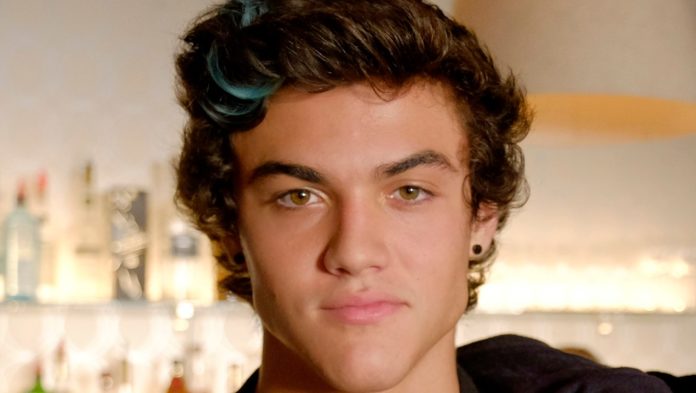 Ethan Dolan and his twin brother Grayson make up the Dolan Brothers. Before the social media app, Vine was closed, he and his twin made hundreds of thousands of dollars from sponsored content and products. Now, the underage brothers earn the majority of their impressive net worth from their Youtube channel.

How did Ethan Dolan Make his Money & Wealth?

The seventeen-year-old self-made millionaire was born on December 16, 1999, in Washington Township, NJ to Sean and Lisa Dolan. He is the older brother since he was born twenty minutes or so before his twin, Grayson. The boys’ elder sister, Cameron, introduced them to Vine, which is a social media app for super short form videos. Users could upload videos up to 6 seconds long, and follow each other – similar to how Instagram and Twitter work. The limiting format required uploaders to be creative in order to engage their audience. If a Vine user became really popular, they would be able to monetize their feed and even get corporate sponsors and brand deals. 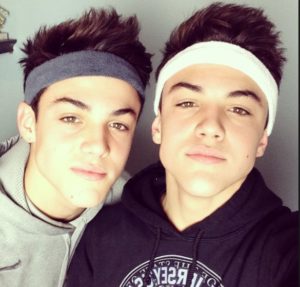 This brand deal is how Ethan Dolan and his twin made the majority of their cash. The pair joined Vine in May of 2013 and quickly rose to fame on the short video sharing platform. Ethan made his debut with a video of himself sitting in a black trash bag as the air was sucked out around him. It earned him three times as many views on his initial video than his brother Grayson got for the vignette of someone stealing Grayson’s mayonnaise. The trash bag video has gotten over 3,400,000 “loops,” which was Vine lingo for the number of views of the six-second video. If the watcher allows the video to continue running, it counts as another loop. Vine is no longer accepting new uploads from its members as of 2016, but it has old videos archived for users to access.

In 2015, the twins were signed to Awesomenesstv, which is a Youtube network that creates films, tv shows, and original web series across multiple platforms. They were noticed because they were able to organically grow their Youtube channel by millions of viewers, as well as for their sketch comedy content. Ethan and Grayson took the opportunity to move from their NJ home to a new apartment in Los Angeles, where they take classes online and are visited biweekly by their parents.

Even though Vine is no longer accepting new videos, the Dolan Twins are still active on other social media platforms. On March 9th, 2014, Ethan Dolan and his brother joined YouTube, which has made many young Millenials into wealthy celebrities. You can find their channel by clicking here and get access to all their old content, as well as a new video every Tuesday. Since joining, the twins have amassed over 3.8 million subscribers to their channel TheDolanTwin, and the number grows by 1,000 or so per day. The ad revenue generated by the millions of video views totals between $500 and $700 per day. Most people need a week or more to make that kind of cash. If I had earning potential like that, I could buy a new iPad every day, and just throw the “old” one out.

In September of 2016, Ethan Dolan and his brother were nominated for the 19 under 19 feature in Tigerbeat.  There are multiple awards under that program, and the Dolan twins were voted in as the Social Media Influencers of the Year.

2016 was a big year for Ethan and his brother. They went on a tour around the country where they performed challenges and sketch comedy on stage. The Dolan Twins were featured in a video ad campaign that showcases the social media giant’s Stickers feature. The video also had other influencers such as RayaVlogs, Todrick Hall, and Vincent Cyr. Ethan and Grayson won Teen Choice Awards in 2016 for Choice Youtuber and Choice Web Star: Male.

As Ethan is only 17, he is not married yet. However, he was rumored to be dating famous Instagram model Meredith Mickelson for a couple months before it ended. The two were never social media official, but there are many pictures of the pair. A mutual friend of theirs called them out on Twitter, telling fans that Ethan and Meredith were keeping something from them. It does not appear like Ethan has a current girlfriend.

Between the Dolan Twins merch, the YouTube ad revenue, and brand endorsements, Ethan Dolan makes about $600,000 per year.

How much money does Ethan Dolan make per day?

Ethan Dolan is estimated to earn about $500 to $700 per day in Youtube ad revenue alone. This does not take into account any tour proceeds, merchandise sales, or money he earns from brand deals such as the one he and his brother had with Twitter. 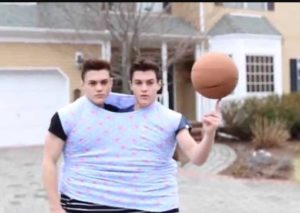 Ethan and his twin Grayson reported on Twitter that they were kicked out of their first LA residence in late March of 2017, without giving much more information. There are pictures available of their parent’s house in New Jersey, and a “tour” video of what might be the Dolan twin’s new apartment or their old place. 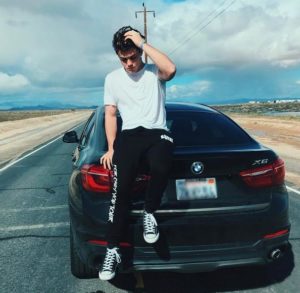 Ethan only came of age to drive recently, and he bought a car – a black BMV. He also purchased his twin a Ford Bronco, which is Grayson’s dream car.

Back in their home state of New Jersey, the Dolan Twins tour got way out of hand. Their presence at the tiny venue in Freehold, NJ caused a Beatle-mania style fervor among their fans. The teenaged fans in the audience mobbed the stage when the boys took off their shirts, and some fainted with the heat while another girl injured her leg. Medics were called, and of the 28 injuries, seven required hospital care.

Ethan and his brother faced other, less dire disagreements and discord. In June of 2016, the pair released a compilation album of their favorite music by other artists. Some other social media stars were not thrilled that the brothers were making money off of other people’s work. Fellow YouTuber Jack Dail blasted them on Twitter, asking why they could not just make a free playlist on Spotify like everyone else. In April of 2017, Ethan had been accused of using and then dropping his friends once he and his twin became famous, and he took the time to address those accusations on Twitter.