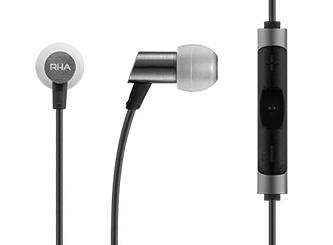 RHA has been designing and manufacturing earphones for a few years now, and they’ve managed to attain a reputation for quality earphones at lower-than-expected prices. The build quality of RHA earphones has always been best-in-class, and the RHA S500i is no exception. Unlike the previously reviewed MA750i and T10i, the RHA S500i has never been flagships for RHA. Instead, the RHA S500i’s entered the market as entry-level IEMS, and at $49.95 on RHA-audio.com, they definitely look better than they cost. While the RHA t10i was too bassy for me, and the RHA MA750i was strong on the mids, the S500i feature an exciting V shape sound signature, which is sure to please those who want fun sound.

RHA used to be featured prominently on the Apple Store website, but they aren’t anymore. I suspect this is due to the fact that all of their products utilise the 3.5mm headphone jack, which Apple’s latest phone, the iPhone 7, doesn’t have. Either way, RHA makes quality earphones at great prices, with my favourite so far being the RHA MA750i’s. They’re inoffensive earphones with minimal emphasis on any frequencies in particular, though highs and lows are a little bit rolled off. RHA’s current flagship model, the T20i, is $249.95, which is a fair bit more than any of their previous models. It shows that while RHA wants to make better earphones, they aren’t afraid of making them more expensive too. They’re a great company, and their build quality is unmatched in their price brackets.

The RHA S500i is a masterpiece of design. Featuring a straight, bullet-like design, they’re unlike the other earphones from RHA that I’ve reviewed. They’re made entirely of an aluminium alloy, so it doesn’t show it’s price. By looks alone, they look like they could be hundreds more than they are. Instead of going for a more stable over-the-ear design, they’ve stuck with a conventional under-ear design. This is more closely aligned in design with a lot of mainstream earphones, but it does mean that there’s an increased amount of microphonics. This means that you’ll hear louder and more apparent “cable noises”. The “i” in “S500i” indicates that the RHA S500i is specifically designed to work with iOS devices. On the right wire, there’s an inline remote and mic, which makes it easy to change track and volume. Overall, the RHA S500is are very good looking earphones, with flawless design.

What’s in the box

The RHA S500is are packaged neatly and have a luxury flair to them. The number of accessories and their quality is unmatched in this price range, and it really goes to show the attention to detail that RHA puts into the design of the entire package. You get a whole array of tips, a soft carry bag, and a shirt clip. The packaging as a whole is top notch, especially at the rock-bottom price of just $49.95. The full list of accessories is as follows:

At this price, you won’t find better packaging, and the design and all really makes for a very luxurious experience.

Owing to the small and under-the-ear design, getting the earphones in and out of your ears is a breeze. It’s small design also means that it’s very comfortable, unlike the MA750i and t10i, the S500i’s metal doesn’t touch anywhere on your ear, only the silicone tip. This means it doesn’t feel bulky or bulbous, like the t10is. With the medium tips, they fit me very well, and they stay in even while walking. Running may not be such a good option, but you can wear them over-the-ear if you really need maximum stability. Since the earphones are symmetric, you can wear them over-the-ear without any problems, aside from the fact that the remote and mic will be closer to your ear.

RHA doesn’t seem to have a signature sound, as I’ve found out when reviewing the T10is and the MA750is. Both of those IEMs feature varying styles of sound signature, with the T10i’s being dark and the MA750is emphasising mids. The RHA S500is are a whole ‘nother can of worms. Coming from the RHA MA750i’s, the S500is immediately hit me as bright and sibilant, but I got used to them after a while. While the driver design is fairly modest, RHA has pushed it to the limits, especially around the treble. While it’s best to have good treble, RHA has simulated a clear sound by simply making the treble louder. This means that “ess” sounds can be sibilant and harsh, but if you don’t listen to any smoother cans or IEMs, you’ll quickly get used to the sound.

Aside from the sibilance, the S500is actually sound rather nice, and it’s sound signature is closer to what I enjoy listening to than the MA750is or the T10is. It’s odd to say this, but these $49.95 earphones sound closer to my tastes than the $199.95 RHA T10is, even if the quality of sound isn’t quite as good. The lows on the S500is aren’t rumbling, but they provide enough kick to keep me satisfied (read: not too much). The mids are somewhat nuanced, but they aren’t completely silenced. Treble is where the RHA S500i’s really shine. It’s clear and bright, but it also sounds a little sharp, particularly with hi-hats and “ess” sounds. Overall the sound is good, but if you want rumbling bass, or don’t like emphasised treble, stay away.

The RHA S500is employ a dynamic driver design. This means that isolation isn’t quite as good as some IEMs. However, it’s still good, and I couldn’t accurately make out complete sentences from people talking 5-10 metres away. If you’re able to shell out the extra cash for Comply Foam tips, it may be well worth it for the isolation, as they provide an unparalleled level of isolation simply not possible with silicone tips. The RHA S500is sadly don’t come with Comply Foam tips, since they’re $49.95. Including foam tips would make these earphones an instant-buy, since Comply Foam tips can cost up to half of the price of the earphones themselves. I also found that using Sony Hybrid tips increased isolation considerably, but the stock tips are decent nonetheless.

Unfortunately, RHA hasn’t decided to release a wireless version of the S500i, but they have made wireless versions of the MA650i and MA750i, both excellent earphones. Priced at $99.95 and $169.95 respectively, the MA650i version may interest those who are thinking of buying the S500is. Though they’re twice as expensive, they offer similar sound in a wireless package. It’s rather impressive, too – they can play continuously for 12 hours on a single charge. That’s 3x the battery life of the Jaybird Freedoms, and 1.5 the battery life of the BeatsX. It also uses APT-X technology, so it’s just as clear as if you plugged it into your phone with a 3.5mm jack. If you have an iPhone 7 or other headphone-jack-less phone, you might want to consider the wireless options from RHA, which are priced very, very, reasonably.

The RHA S500is are specifically designed for use with iOS devices, but if you don’t have an iOS device, or don’t think you’ll need in-line controls, you can save yourself $10 and get the RHA S500. They’re just $39.95, and offer the same great sound and build quality. However, what you lose is in-line controls, which, for me, are indispensable. Even if you don’t have an iPhone, it can be very useful to have, since the middle button still works. This means you can still change songs and trigger your voice assistant, whatever it may be. My advice is to spend the extra $10 and go for the I version, even if you don’t have an iOS device.

The RHA S500i is one of the best earphones I’ve ever tried in this price range. They have unmatched performance and build quality, and their packaging is stellar. The entire experience is luxurious, and they look great too. The only problem with them is the harshness at the top, and slightly V shaped sound signature, but if you want a sharp, fun, sound signature, you might find these perfect. I’d recommend these to anyone who wants to spend $50 on bright, clear, and great looking earphones.