Schafer’s Bar and Grill Update- What Happened After Bar Rescue 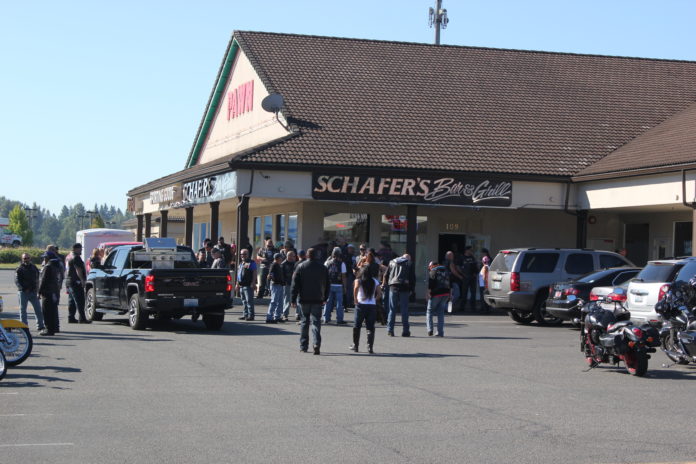 In 2010, Jeff Schafer opened up Schafer’s Bar and Grill, and for the first little while, it was just like printing money. They had a line around the corner and they were earning between $1.2 and $1.8 million a year. After 5 successful years of owning Schafer’s, Jeff was looking to sell the bar. He was making some decisions to free up some time for himself and his family, and that’s when two people, Ryan and Nita, came to him and made an offer. After about 15 years in corporate restaurants, Nita was tired of managing bars for other people. It didn’t add value, in her opinion, so she decided that she wanted to buy a sports bar. Hoping for a smooth transfer of ownership, Ryan and Nita kept Jeff around in a managerial role.

Unfortunately, Ryan lacked the expertise and knowledge. He works on cell phone towers and thought they could ride the coattails of the old owner, but as they tried to make Schafer’s their own, Jeff began to push back against their changes. Keeping your former owner is a little bit nuts – Jeff doesn’t run the same business that Nita and Ryan do, cook Bronson explains. Ideals began to clash, and Jeff felt like they changed too many things. They got rid of the live music and went through a complete cycle of the customer base. Nita, however, feels like Jeff feels like he did everything right. As time continued to go on, Ryan started to feel like Jeff was intentionally leading the bar in the wrong direction.

Nita also feels like Jeff is attempting to sabotage the business because if they fail, Jeff can get the bar back for a lot less money than they paid for. Ryan and Nita are about $500,000 in debt and they can lose their house and the bar. With one month left until the bar closes, Ryan and Nita have agreed to pull back the doors, bust open the books, and make a call to help for Jon Taffer to perform a Bar Rescue.

Outside of Schafer’s Bar and Grill, Jon pulls up with his car of two experts. They are in Sumner, Washington, about 20 miles away from Seattle. The corner of the building is barren and dead, and there is no menu on the outside. Expert mixologist David Vaughn says that there is no “call to action” to pull people into the bar. Expert chef Aaron McCargo agrees, and explains that some sort of menu is important so people can know what type of food the bar has on the inside. Jon explains the story of the bar; Jeff Schafer sold the bar a year ago to Nita and Ryan, and now Jeff is the manager for Nita. The bar grossed well over $1 million a year for several years, now suddenly with Nita owning it, she is in debt half a million dollars.

Inside, or rather outside, Jeff stands outside and explains that he was told “to get out of the bar.” Nita sits nursing a bar and admits that she just works there and does not run the bar. Ryan, Nita’s fiance, works the bar and is simply there trying to help. Essentially, Ryan is keeping Nita company while they go down. Bartender Lindsey pours a drink, and David says that the drink contains a half-pint of liquor. One of the customers points out that Jeff said “you’re the reason the bar is shutting down” about Nita, and Nita admits that she does not trust Jeff. Jeff is definitely trying to sabotage the business.

Jon then tells his two spies that they are performing recon, so he instructs them to send Nita out to the car. With Nita in the car, Jon can make an accurate assumption if Jeff is sabotaging the business. David and Aaron enter the bar and quietly send Nita out of the bar while Jeff witnesses the entire conversation. Nita goes to Jon’s car and Jon explains that he wants Nita to see what he is seeing. With her house on the line and a half million dollars, as well as someone helping run the bar who she believes is sabotaging her, why has she kept him around? Nita explains that she is concerned that if they fail, Jeff can buy the bar back, but if they get rid of him, the entire town will stop coming in. They run out of money in a month so the bar will close either way. 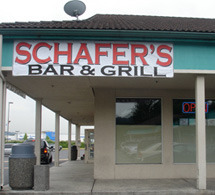 Jon explains that he wants Nita to watch the footage with an objective sense, and if he does not get Nita angry, then nothing will change. Jon’s two experts order a “Rob Roy,” and bartender Dana does not know what is contained in the drink so Ryan googles it. On the menu, a 6 oz sirloin special is available for $6.99 which is incredibly cheap for a steak. Jon estimates that they pay $4 for steak, which is a 57% food cost without any sides attached. The drinks are delivered and David says that the drink is a disgusting abomination. The drink only has three ingredients, Jon explains.

David and Aaron order the steamed clams, which Schafer’s is out of. Aaron orders the gizzards and fries, but they are also out of the gizzards. Aaron goes to order pork chops and ribs, but they are out of ribs. So, Aaron orders the 6 oz sirloin, a Schafer’s burger, and the pork chops. In the kitchen, the coloring of the cutting board is brown, and the frying baskets are brown and black. The entire kitchen is a health violation, and if Jon can see the filth from his car, then Jeff is walking right by it every day. The cooks even admit that the kitchen is gross.

The two spies/experts wait more than 40 minutes for their food, as the cook takes his time in preparing food at different times. The cook, Bronson, touches the raw product with his hands and touches the salt shaker. Cross-contamination is prevalent in the kitchen, and Nita admits that Jeff should be in charge of the kitchen. The two spies finally receive their food, and the steak that was ordered medium is actually medium rare. The burger is well-done and was ordered medium rare. Jon has seen enough and he storms into Schafer’s Bar and Grill to start setting things right. 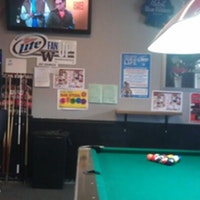 During Jon Taffer’s bar renovations, the bar was renamed to “R. Lee.” However, this did not last long and the bar was reverted to “Schafer’s Bar and Grill.” In addition to returning to the name, Ryan and Nita redid all of the interior decorations as they received negative complaints about the decor, and some patrons even said that the bar did not look like it appeared on “Bar Rescue.”

Many of the complaints about Schafer’s Bar and Grill seem to be about the service (or lack thereof), and even fewer complaints are about the quality of the food. Despite Jon’s best efforts, it seems like he could not fix the attitude of the employees. Schafer’s has a 3 star review on Yelp across 45 reviews and a 3.5 star review on Facebook across 63 different reviews, making Schafer’s out to be an average restaurant, at best. Ryan and Nita, the two co-owners of Schafer’s Bar and Grill, have been vocal in their disapproval of the filming process of the Bar Rescue episode and have tried to explain that Jeff was not actually sabotaging the business, despite being forcibly let go by Jon Taffer.