Da Lobsta Update – What Happened After The Profit 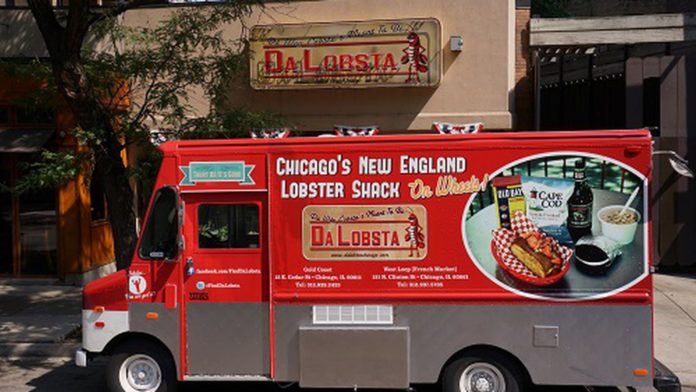 Da Lobsta Before The Profit

The history of Da Lobsta previous to The Profit is a bit of an interesting one. Opening in October of 2012 with J. Wolf, a former partner at The Glendon Bar as founder, Da Lobsta started as a brick and mortar location from loans primarily from Wolf’s family. While the business has some level of success, the owner of the building he was using decided to sell the property from under him, and thus forced him to close his primary store. After this, and while still owing hundreds of thousands of dollars to his family, he ended up using the business loan crowdsourcing platform Bolstr to raise enough funds for first a food truck, which he paid off in seven months, and another permanent location. With plenty of loans due, and another $100,000 in taxes over his head, Wolf reached out and Marcus arrives to see what can be done to keep this seafood business from sinking.

Da Lobsta on The Profit

Marcus meets up with J. Wolf on a food truck lane in Chicago. It’s clear from the outset that his food truck business is killer with about $2,000 in sales during a lunch shift. Marcus hops in and learns how to make a lobster roll for himself, as well as has a taste, which he thoroughly enjoys. Unfortunately, when Marcus talks to Wolf about his past, it’s noted that Wolf lived to live the rich lifestyle, and that loans have carried him quite a bit, stating that he had no real money into his business currently. 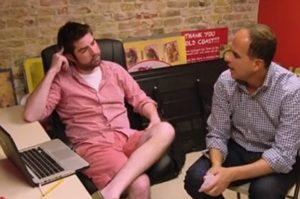 Next, Marcus drops by one of the Da Lobsta permanent locations. Sadly, more bad news arrives when Wolf admits to more or less lying about the soup at the store being made on location. Going to the back, Marcus talks to the staff, where there’s an issue with chain of command. Through an off hand comment, Marcus learns Wolf owns 52% of the business, with family members owning another 25% and a partner owning another 23%. While working out financials, Wolf likewise admits to not knowing much the financials, and owing $431,000 in debt. It’s apparent that there’s a lot of risk in this company, and it’s being managed poorly, notably in that Wolf is using his business to fund his own dinner dates and movies.

Marcus leaves the facility, with a significant amount of anger on the fact that Wolf more or less admitted to wanting to use the money for himself, not the business. The next morning though, Marcus decides to come back on behalf of workers and investors. He goes into the store and has a heart to heart with Wolf, which shows that Wolf does want to succeed and pay back his family, but perhaps doesn’t know how to properly accept the responsibility of the business.

The next day, Marcus meets with Wolf again, stating that the product has a great amount of potential. However, due to mismanagement, Marcus makes a bit of a harsh deal – $210,000 for 51% of the business, with the stipulation of selling one location to pay off the sales tax, go on a payment plan to repay those he owes money to, and be put on salary. This would mean zero access to the cash of the business. The pair then negotiate that a $60,000 would be reasonable, despite Wolf’s hang up that it would not be his “take home” pay if given that salary, which Marcus then notes is not his problem, as taxes should have been taken out beforehand. Shockingly, Wolf thinks he should still remain in control, primarily due to pride. Marcus stays hard on the 51%, and Marcus leaves without a deal. In post, Marcus comments that while there are people that do deserve plenty of help, Wolf is not among them and there is a not so subtle hint that he believes that with mismanagement, Da Lobsta will not survive long. And so ends the time of the Profit with Da Lobsta, with no deal, and a bleak look at the future. 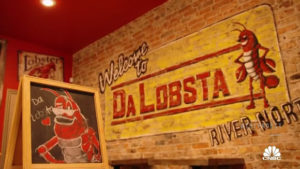 After their appearance on The Profit, Da Lobsta appears to still be doing a healthy business despite there being no deal, and is still open in the River North and West Loop locations. Aside from their food truck and brick-and-mortar business Da Lobsta also does a catering business, which has seen some measure of success. In terms of reviews, while there have been a few recent low ratings due to service issues, the average for the River North location is about 4 stars, and the West Loop gets around 3.5 stars on average. Da Lobsta is also fairly active on social media, having over 16,000 followers and updates regularly. Despite the apparent issues that Marcus had with the business and the one running it, it seems like this one may survive after all.