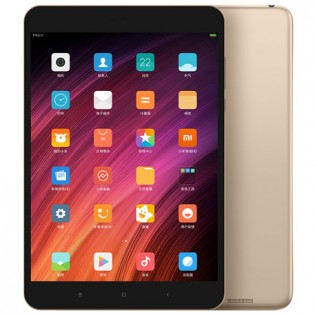 Tablets. They’ve taken a plunge in terms of market growth, and in general, you see less and less of them. What were once the next big thing in computing have now been placed on the back burner. The new iPad 9.7 2017 and the iPad Pro 2016 were both desperate attempts by Apple to regrow the market, and it’s share of it. Luckily, both of those products have been an overwhelming success, but Android tablets haven’t fared so well. The Xiaomi Mi Pad 3 is Xiaomi’s third attempt at a good budget tablet. The first two Mi Pads were exceptional devices, and they, as always, carried Xiaomi’s theme of value for money. Though not particularly good looking, they were mighty performers, and they were released at cut-throat prices, penetrating deep into the asian market for Android tablets. Let’s see how the Xiaomi Mi Pad 3 stacks up.

Though this was once the status quo, not having a fingerprint scanner in 2017 doesn’t feel right, especially considering how cheap they are nowadays. Going back to having to use a PIN number seems ancient, and it feels like a massive waste of time. We’ve become so accustomed to instant unlocking that the utilisation of a PIN number has become a chore. Aside from the glaring omission of a fingerprint scanner, the Xiaomi Mi Pad 3 has a fantastic design, and it’s closely aligned to that of the iPad Mini.

Like the iPad Mini, the Xiaomi Mi Pad 3 has a retina display. That’s right, a retina display. Though the moniker is never used due to copyright, Xiaomi has gone with the typical Chinese manufacturer attitude of “not caring”, and decided to stick Apple’s name on it’s own display. Naming aside, the display is actually rather good, and the performance is as good as the iPad Mini 4’s. Coming in at 2048×1536 and at 326PPI, it definitely lives up to the retina name. It’s relatively bright, and viewing angles are also good.

Like I’ve already mentioned before, the Xiaomi Mi Pad 3 lacks a fingerprint scanner, something that is expected on pretty much all Android devices. It’s certainly disappointing, but it’s low price somewhat justifies it, at $229. Even so, it’s a gaping hole in it’s feature set, and it feels archaic to have to punch in a PIN number or pattern. Where the Xiaomi Mi Pad 3 doesn’t disappoint is fast charging. Since the battery is so large, at 6600mAh, it’d be crazy not to include some sort of fast charging capability, and the Xiaomi Mi Pad 3 includes 5V/2A fast charging via it’s USB Type-C connector.

Admittedly, the Xiaomi Mi Pad 3 doesn’t have a plethora of cool features since it’s aimed at a more price-sensitive market. A lot of resources have been put into the powerful specs and impressive display, so there’s not much money left to include any unnecessary features, going as far as to not include a fingerprint scanner. Overall, it’s a good compromise, but I still can’t get over the fact that an Android device in 2017 lacks a fingerprint scanner.

The Xiaomi Mi Pad 3, though not as powerful as many of Xiaomi’s Phones, is a relatively speedy device. It’s chipset is a MediaTek MT8176, paired with an ample 4GB of RAM. Inside of the MediaTek MT8176 is the hexa-core arrangement of three 2.1 GHz Cortex-A72s and three low-power 1.7 GHz Cortex-A53s. Working together, they aim to provide good performance while keeping battery life high. The GPU is the PowerVR GX6250. Though they aren’t the most powerful chips, it should keep the Xiaomi Mi Pad bumbling along quickly for a decent amount of time. I would have preferred Xiaomi to use Snapdragon’s chips, but it’s clear that the inclusion of MediaTek chips is a cost-cutting measure. Price-to-performance, MediaTek chips are usually better than the Snapdragon chips, and that’s most likely why we see them here.

The 4GB of RAM is decent, but it’s outshone by many of today’s Android flagships. While it’s perfectly fine today, it may not be enough a few years down the road. The OnePlus Five has double the amount of RAM, which demonstrates how far we have come in just a few months. Still, it’s on par with the standard versions of the Samsung Galaxy S8, so it should still be quick for a year or two. All of this is being powered by a sizeable 6600mAh battery. While 6600mAh isn’t massive, the specs aren’t hugely power sucking either, so I’d expect the battery to last for a fair while. The 6600mAh battery features fast charging at 5V/2A, so it shouldn’t take long to charge either.

It charges through USB Type-C, which is a welcome addition. Previously, most Xiaomi products were charged through Micro-USB, which isn’t reversible. It’s a good change, and it means that the Xiaomi Mi Pad 3 is more future-proof. Overall, the Xiaomi Mi Pad isn’t the most powerful device, but its low price and large battery mean it’s still a solid contender.

Not that you should, but you can take photos on the Xiaomi Mi Pad 3. I’m not sure why you would want to, and you look ridiculous doing it, but it isn’t a bad camera. It’s a 13MP shooter with a f/2.2 aperture, which is better than the iPad Mini 4’s 8MP camera. However, pictures taken on the Xiaomi Mi Pad 3 look a little dark and washed out, and the focus isn’t great either.

If anything, the front facing camera is more important than the rear-facing camera on a tablet, since it can be used for video calling, but the front facing camera on the Xiaomi Mi Pad 3 is worse than the one on the front. It’s a 5MP camera, and all I can say is that it does, in fact, take pictures. Both the front and rear cameras can take videos, but it’s nothing to write home about. Overall, the cameras on the Xiaomi Mi Pad 3 are ok for video calling, but other than that; I wouldn’t use them to take photos in place of a mobile phone.

Notably, there’s no GPS or even NFC, but for a tablet, neither of those things are essential.

Like I mentioned above, the Xiaomi Mi Pad 3 doesn’t feature the most powerful specs. Even so, it performs well in day to day usage, and it feels smooth and snappy. There’s no stuttering or lag, so it’s pretty good in real world usage. You can play some 3D games, but a few very graphics intensive titles may not run as well as you might hope. Geekbench 4 scores aren’t great on the Xiaomi Mi Pad 3 at ~1700 for single-core and ~4300 for multi-core, but they’re excusable for the price. Compare this to the Samsung Galaxy S8’s ~2100 single-core and ~7100 multi-core score, and you can see the speed difference. For now, the UI is smooth and snappy, but a few years down the road that may not be the case so much. This isn’t helped by the OK 4GB of RAM, but at this price it’s ok.

As is the case for all Android-Running Xiaomi devices, the Xiaomi Mi Pad 3 runs MIUI on top of Android. I’m not a huge fan of MIUI, but it’s simplicity and similarity to iOS make it a hit in many Asian markets. It draws on many of the same design principles as iOS, and a non-discerning user may even think it is iOS. It’s very similar to iOS, and as such, it lacks an app drawer. This is a bit annoying for many veteran Android users like myself, but for new users, it’s simple. If you’re not a fan of this layout, you can download one of many third party launchers, like Google Now Launcher or Nova Launcher. It doesn’t change back the different look of many of the inbuilt apps, but it does at least restore the launcher.

The Xiaomi Mi Pad 3 has iPad-rivalling battery life. It’s marketed at 12 hours, which is 2 hours more than the iPad Mini, but it’s more around 9 hours of usage. That’s still a very good number, and it’s all thanks to the large battery and not-especially-powerful internals. The retina display plays a large part in battery drain, but it’s not eye-wateringly bright, so it doesn’t drain too much battery. It’s on par with the iPad Mini, and that’s all you can really hope for, since it is almost a clone of the iPad Mini in every way.

The Xiaomi Mi Pad 3 only comes in one configuration: 4GB of RAM, with 64GB of flash storage. It’s strange there aren’t any upsell configurations, but it’s nice to see that Xiaomi has included a generous 64GB of storage, unlike the iPad Mini’s original base 16GB of storage. You can’t even choose the color, as the Xiaomi Mi Pad 3 only comes in Gold. That’s it. You can get the Gold Xiaomi Mi Pad 3 with 4GB of RAM and 64GB of flash storage, or you can choose not to buy it. That’s your options. It’s odd, but Xiaomi seems to really like that gold colour.

Like most things, the Xiaomi Mi Pad 3 faces stiff competition. The iPad Mini 4 it clones is really out of the question, it’s just as small, and doesn’t offer much more apart from being more expensive. Where things get a little more complicated is the iPad Mini 4’s bigger, buffer, coarser brother – the iPad 2017. Though it’s much thicker and heavier, the iPad 2017 is a stunner of a device from Apple, and it’s much more powerful than both the Xiaomi Mi Pad 3 and the iPad Mini 4.

It’s only $100 more than the Xiaomi Mi Pad 3, and it’s better in almost every single way, including, but not limited to it’s much larger and brighter display at 9.7 inches, and it’s blisteringly fast speeds. The Xiaomi Mi Pad 3 is a respectable device, but the iPad 2017 edges it out, and at only $100 more, I’d say it’s better value for money. You heard that right – Apple’s device offers better value for money than Xiaomi’s.

The Xiaomi Mi Pad 3 is an excellent device, and at $229, it’s decent value for money, but the iPad 2017 is bigger and better in almost every single way. If you’re not a fan of iOS, the Xiaomi Mi Pad 3 is one of the last good Android tablets, but if you are open to any operating system, the iPad 2017 is a better device. It’s $100 more, but it’s worth every penny, and it’s made by one of the worlds biggest tech companies. It’s a more refined tablet, and it’s also much faster. If you have exactly $229 to spend on a tablet, the Xiaomi Mi Pad 3 is a viable option, but if you can slam down that extra $100 for the iPad, I’d do it.