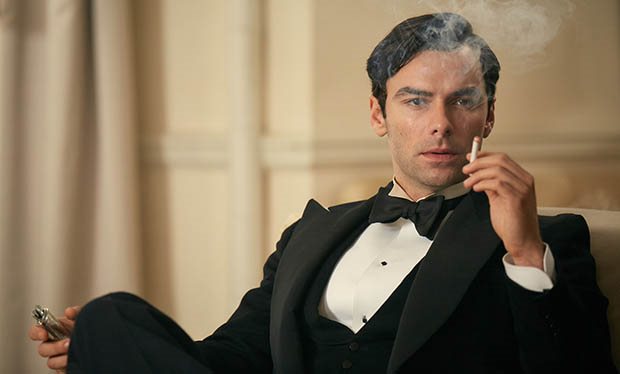 Not everyone comes to acting after training since childhood or with ideas of instant fame. Instead, some find the craft after an interest leads to finding a natural talent and realising it’s something they could see themselves doing as a career. Aiden Turner is that kind of actor. A self-described ‘poor student’ who found acting in university, he’s now a sought-after name in UK/ROI TV and in film. What’s the story behind this confident newcomer and is the hype true? Let’s take a look at Aiden Turner’s story of success and maybe learn a trick of the trade or two on the way.

How Did Aiden Turner Make His Money & Wealth? 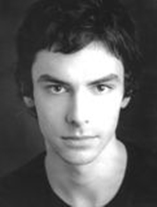 Born on June 19, 1983 in Cherrywood Grove in the Clondalkin suburb of West Dublin, Ireland, Aiden had an uneventful childhood but one major interest that nearly steered his life in a completely different direction, dancing. As a teenager, he placed third overall in the All-Ireland National Dance Championships (ballroom and Latin-American class) and had dreams of competing but the costs to train at the international level were sky-high, and so by age 16, he had to let that dream go. While studying at Firhouse Community College (equivalent to high school in the US), Aiden worked at a cinema in Tallaght and has said he genuinely enjoyed the job, which was what first attracted him to the idea of acting. After graduating and going to work with for his father as an electrician’s apprentice, he applied for Dublin’s Gaiety School of Acting and was accepted, graduating in 2004. Aiden spent the next three years acting in various plays in Dublin until 2007 when he got his big break with an uncredited appearance in The Tudors, and several other television series guest spots followed.

A steady role in The Clinic in 2008-2009 led to a role in the BBC series Desperate Romantics and the undeadly-gracious supernatural part of John Mitchell (a vampire) in the critically acclaimed series Being Human(2009-2011). Besides being a breakout part for him, it brought Aiden to the attention of none other than Peter Jackson, and he was cast as Kili the dwarf of Thorin Oakenshield’s company of twelve in Jackson’s The Hobbit Trilogy. However, though his biggest film role to date, it wasn’t his first, as he’d previously had parts in The Sound of People (short film, 2007), Matterhorn (short film, 2007) and Alarm (2008). Aiden’s involvement in The Hobbit did lead to another franchise universe role as a werewolf in The Mortal Instruments: City of Bones in 2013, based on the Shadowhunter teen book series by Cassandra Clare. After being a vampire, dwarf, and werewolf, being cast as the titular (human!) character in the BBC revival of the series Poldark must have come as quite a relief. It’s also the role that’s turning Turner into somewhat of a sex idol with smouldering 18th century sensibilities, a situation he’s called ‘a bit awkward’. Already confirmed for a fourth season, Aiden just might be driving housewives wild for even longer, as the novel series Poldark is based on stretched out for 12 books.

Are bigger things already on the horizon for Aiden Turner? Possibly, as he’s said to be a top-runner in consideration to inherit the role of James Bond, as Daniel Craig will be retiring from the part. It would make him the second Irish actor to portray Her Majesty’s most loyal spy but he’s keeping mum on that for now. 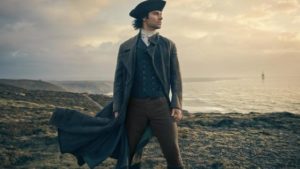 To the sheer delight of most of his female fans, Aiden is currently single. He did have a relationship with Being Human costar Lenora Crichlow that ended in 2011, followed by a more serious relationship with actress Sarah Greene that ended in 2015. Ever one to keep his personal life to himself, Aiden confirmed that they had split but declined to comment further, preferring to keep himself focused on his work. Most recently he was romantically entangled with actress Nettie Wakefield, though scheduling conflicts and the demands of television filming ultimately drove them apart in June 2017. Still friends, they describe the break as an amicable split due to timing constraints that had forced things to ‘cool off’ somewhat. As he told the Daily Mail, he wanted to avoid dating fellow actors in the future, as it usually means no rest from the business and it begins to dominate every aspect of the relationship. Now a major sex symbol due to Poldark, Aiden will probably have no trouble finding new.

Did Aiden go to college?

After finishing secondary education at first St. Mac Dara’s Community College and then at Firhouse Community College, Aiden spent several years studying drama at Dublin’s Gaiety School of Acting, graduating in 2004. He’s said that he wasn’t a very good student, often ditching class and going off to play snooker, and has since praised his parents for dealing with him during those ‘difficult years’ when he ended up in trouble for getting into fights at school. While the prospect of failure was always there, something drew him to the cinema and when he saw a notice for the programs at Gaiety School, he realised it was something that he could see himself doing.

Has Aiden won any awards? 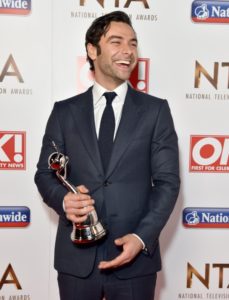 Though his career is still young, Aiden has racked up an impressive list of awards for his acting. In 2004 he won an Empire Award (Best Male Newcomer) for The Hobbit: The Desolation of Smaug, and in 2016 Aiden reaped a bumper crop of accolades for Poldark, including a National Television Award (Impact Award), GQ Men of the Year (Best TV Actor), he was named a Radio Times Champion (Drama) three years in a row, 2015-2017, and he won a Broadcasting Press Guild Award (Breakthrough Award). It’s also worth noting (not to belabour the point or anything) that Aiden’s been nominated three times for the SFX Awards Sexiest Male, twice for Being Human and once for The Hobbit, but given the reputation he’s been building the last two years, we’re sure more nominations will follow and certainly a few wins.

What does Aiden do with his wealth? 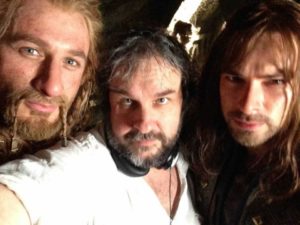 He plays it cool, of course. Raised in the Republic of Ireland, specifically the Walkinstown area of Dublin, Aiden’s got little need of huge mansions in NYC or pricey pads in London. When asked what he’d prefer to drive if he had the choice, he had a surprising answer: his Poldark costar, Seamus (the horse). It’s fitting that he doesn’t live to flaunt his wealth or new celebrity lifestyle, as Aiden’s been adamant on staying away from social media and calls himself a technophobe. The very point and purpose of social media, creating a fake persona to present to other people and telling the world every minute detail of one’s life runs contrary to the authenticity that he espouses. It’s rare to find a new-breed celeb not on Instagram every morning with #cleaneating #breakfast #blessed, though it often means Aiden isn’t as in touch with his fans as other actors, something he’s reportedly fine with (side-bar selfie with Peter Jackson not-withstanding).

Aiden Turner is a man who, dreams confounded as a teenager, waited a few years and then fell into a career that really suits him. Well on his way to becoming the Next Big Thing, he’s a lad from Dublin with his head on straight about fame and status of leading man finally secure. What can we look forward to from him? Certainly at least another two seasons of Poldark and while there are no confirmed projects looming at the moment, there’s always the James Bond buzz and rumours flying. At this point, Aiden’s star is taking off and the sky is certainly not the limit.