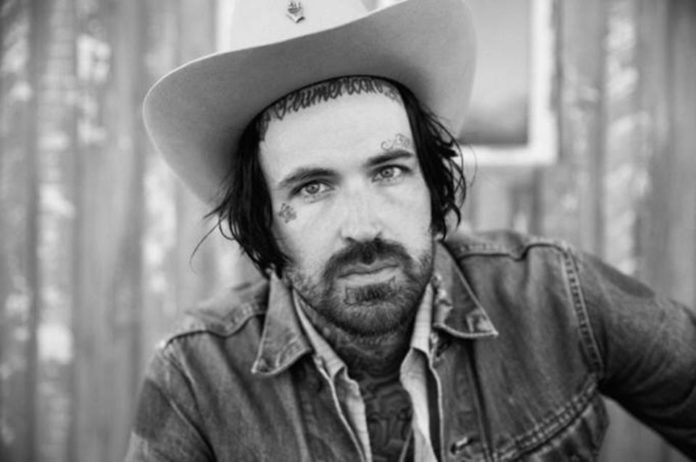 Starting off as a skater and rapper from the deep south, namely Gadsden, Alabama who has taken the world by storm after being picked up by Interscope and Aftermath records. With music and an aesthetic that leans towards the DIY and country circles in recent years, most would think that despite him making it as a performer, he lives pretty lowkey as far as wealth goes. But is this true? Here, we take a look at how rich Yelawolf is, as well as some other common questions about the north Alabama native.

How Did Yelawolf make their money & wealth

Starting out, the prospects for Yelawolf, born Michael Wayne Atha weren’t exactly high. His childhood filled with constant moves, usually within the South made him very accustomed to the road, and his mother’s unfortunate past with choices of men made for songs that would come out to show a dark side of domestic life later on. As a teen and young adult, Yelawolf tried plenty of trades, including drug dealing, commercial fishing off the north Pacific coast and everything in between, as well as was homeless for a decent stint in Berkley, California. He really started making money in 2009 where Yelawolf (a name taken from the Cherokee word “Yela” meaning sun, and Wolf being self explanatory) worked with Ghet-O-Vision and produced Trunk Muzik. From this mixtape he would gain a great deal of popularity both for himself and his unique blend of country and rap genres which formed what was called “Arena Rap”.

Arena Rap would gain the interest of many, including executives of Interscope records. They quickly signed him on and would allow him to work alongside Bizarre (who fans may remember from his days with Eminem’s D-12 group), Big Boi (a member of one of Yelawolf’s idol groups, Outkast) and Paul Wall. By 2011, he would make it to be one of XXL’s freshmen of the year alongside Kendrick Lamar and be signed by Eminem’s Shady records. After this, he’d start working on what would be considered by many rap critics to be an instant classic called “Radioactive”. This would really throw him into the mainstream spotlight as it featured an essential who’s who of modern rap kings and queens. 2012 would be a year of innovation, starting off with an unusual offering by the way of Slumdon Bridge. Not many people at the time could have imagined a collaborative effort between Ed Sheeran and Yelawolf, but it worked out amazingly well, as did his work with Travis Barker of Blink-182 fame on the EP Psycho White which had a hard bend towards punk music. By the end of 2012, he would announce the release of Love Story, which would again make sure he wouldn’t fit into a genre box, featuring elements of old school Johnny Cash with a more vibrant country rapper vibe.

As of 2017, Yelawolf is still making music with the new release Trial By Fire dropping soon after the writing of this article. He has also branched out to work in much more than music. Taking his DIY, Punk and Southern aesthetics to the world stage, Yelawolf has made his Slumerican brand one where people can wear some real Americana meets Biker merchandise, from apparel to chairs. This includes his secondary brands of Ball Mart and Sittin’ On A Storm, and his soon to be opening store which, as he describes it will be “part retail, part gentleman’s club”.

Is Yelawolf married?
Currently, Yelawolf is not married. He was at one point married to and had 3 children with Sonora Rosario, whom he dotes on often in interviews. He was also engaged to Fefe Dobson who is quite the artist in her own right, until 2016 when the couple split up. Oddly enough, this provides a 6 degrees of separation between Yelawolf and Drake, as Fefe had previously appeared on Degrassi: The Next Generation.

Yelawolf Salary & Annual Earnings in 2017-
It appears that Yelawolf’s annual earnings have stabilized for a while near $500,000, though this is a bit variable due to concert dates and record sales, with a lot of buzz being made about his newer releases. Yelawolf also has his clothing and textiles brands (Ball Mart, Sittin on a Storm, and the soon to be opened Nashville Slumerican store) that also contribute to his earnings.

How much money does Yelawolf make per concert- This is a bit of a hard question, as Yelawolf does tend to take on quite a few nontraditional and smaller venues despite being quite large. However, it’s easy to assume that taking out all of the other acts he works with as well as management and other costs, he can still net at least $10,000 per concert.

Yelawolf House – At this point in time, where Yelawolf lives (outside the studio) is a bit of a mystery. What we do know however is that he frequently stays with friends in Nashville and L.A., while also visiting family frequently in Alabama. 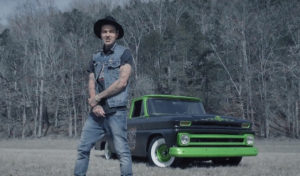 Yelawolf Car – If you’ve ever listened to a Yelawolf album or mixtape, you know the guy loves some cars. However, no car has earned his love more than his custom made Box Chevy truck, but he also has a Caprice Classic and a clear love for Harley Davidson motorcycles.

Charity and donations and philanthropy- While not openly advertising any direct connections with charities, Yelawolf regularly performs for charity events around the country, headed up by people like Rob Dyrdek and his SK84life event to charities which have been curated due to connections through Eminem.