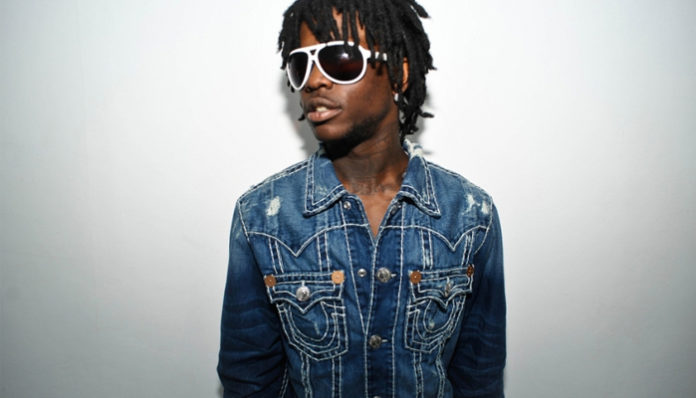 An emerging emcee from Chicago, Illinois, Lil Reese first gained attention after being featured in Chief Keef’s hit song, I Don’t Like. Having fallen for rap during his teens, he dropped of high school half way in attempts to pursue a music career. Like many teenagers however, he ran into his share of trouble- at the age of seventeen, he was arrested for burglary charges which led to two years of probation. Despite his run-in with the law however, he has managed to put himself back on track in the recent years.

In 2012, the then nineteen-year-old landed an opportunity to work with Chief Keef on his track, I Don’t Like. A smash hit, it quickly went viral, garnering itself millions of streams on the web. With that, also came recognition for Lil Reese, an aspiring artist who had yet to make his official debut at the time. Shortly afterwards, his career took one step forwards as he managed to land a music deal with Def Jam Records.

Later that year, he dropped his debut mixtape, Don’t Like. Since then, Lil Reese has come out with several other titles, the most recent being that of the single, Here. How successful is the rapper? According to sources, the 24-year-old currently has an estimated net worth of $500,000. Where did he earn this money from? Let’s try and find out.

How did Lil Reese Make His Money & Wealth? 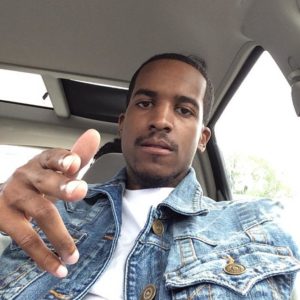 Born on January 6, 1993 in Illinois, Lil Reese (Real Name: Tavares Taylor) grew up in the tough streets of Chicago, where crime and poverty is commonplace. Raised in such a hectic environment, he got himself into a fair bit of trouble as a boy. In his words, “[he] was a little bad kid doing all types of stuff” and things “only got harder as you got older. Eventually, he was eventually introduced to rap through a few of his older friends.

Allegedly, he had “just started doing it” as everyone else was also getting into it. A major motivation for those on the streets, him and his friends eventually “Started rapping because [they] knew [they] could make it happen. As he started to invest more time into rapping, he made the decision to drop out of high school, to further pursue his interests. Close friends with Chief Keef since they were little (as they lived in the same area), they soon started to record music together during their teen years.

In 2012, Lil Reese gained some degree of attention after being featured in his buddy’s hit song, I Don’t Like. Released as a digital download, the track was co-written by the rapper himself with help from Kanye West, Keith Cozart, Tyree Pittman, and Kalvin DeSousa. A considerable success, it peaked at number 73 on the Billboard Hot 100; eventually, the single also reached number 15 on the Top Rap Songs chart and number 20 on the Hot R&B Songs chart. Responsible for his initial fame, I Don’t Like has since gone platinum in the US with over one million domestic sales.

That same year, he released his first single titled, Us. A solid effort, he eventually dropped a music video for the song, which received a decent amount of attention online. In fact, it soon caught the eye of No I.D., a music producer known for his work with Kanye West, Common, and others. With his help, Lil Reese subsequently scored a record deal with the New York-based label, Def Jam Recordings.

That summer, he released his first mixtape dubbed, Don’t Like. Hosted by DJ Drama and Don Cannon, the project boasted ten tracks including We Don’t Cound Money, Rap Shit, Traffic, Nothin, Beef, and Savage. Featuring a few guest appearances from Hell Rell, Freddie Gibbs, Chief Keef, and Johnny May Cash, it has since been streamed hundreds of thousands of time online.

A year later, the rapper delivered his second mixtape, Supa Savage. Originally intended to be released in August 2013, it was ultimately delayed until September 2, 2013. Produced by the likes of Yung Lan, Young Chop, Mista Midnight, Natural Disaster, Tarantino, and a few others, the tape showcased ten new tracks including Supa Savage, We Won’t Stop, No Lackin, Money Stackin’, Waddam, Relate, I Need That, and Team. As it was with his earlier release, it also featured a few guest artists including Lil Durk, Fredo Santana, Wale, and Wacka Flocka Flame.

Well received by critics upon its release, it ended up garnering a four star rating from BET, who lauded the tape for its bass-heavy southern tempo. As of 2017, Supa Savage has been streamed over 135K times on DatPiff alone.

After teaming up with Young Chop on the single, Bang Like Chop alongside his friend, Chief Keef in 2014, he delivered his third mixtape, Supa Savage 2 on June 29, 2015. A direct follow up to his 2013 project, its production was handled by Will A Fool, London On Da Track, DJ L, and many more. Featuring guest appearances from Young Scooter, Jim Jones, Lil Durk, Young Thug, and Chief Keef, the tape contained fifteen titles including Lil Reese so Fast, You Know How We Play, That’s What’s Up, Change Up, and All That Haten. A solid release, it has since been played over 184K times on Hotnewhiphop.

Then on January 8, 2016, his fourth mixtape, 300 Degrezz was dropped as a digital download. The title a reference to Juvenile’s 400 Degreez from 1999, the project saw Lil Reese reuniting with many familiar faces including Chief Keef and Young Chop, both of whom contributed to the tape’s production. Among its 11-track tracklist were the titles Feed the Fam, Sum New, Mo Weed, Sets Droppin, Seen or Saw, among others.

Most recently this summer, the rapper teamed up with Lil Durk for an extended play titled, Supa Vultures. Accompanied by some fitting cover art, it came with five tracks: Alotta Lotta, Unstoppable, F**k Dat S**t, 1500, and Distance. Out of those, Unstoppable appears to be the most popular, having racked up close to 70K streams on Soundcloud.

Not only that, but he also released his latest mixtape, The Savagery on June 9, 2017. One of his longer releases, it contained twenty five numbers including You Know How We Play, Myself, Change Up, I Need That, What It Look Like, and Irelevent.

Afterwards on August 18, 2017, Lil Reese released his newest single, Here via RBC Records. Produced by Cash Money AP, the official audio has been streamed over 300,000 times on his Youtube channel

Speaking of Youtube, it’s assumed that the rapper also brings home a decent amount from the site, on top of what he makes from his music releases. Since he first launched his channel in 2015, he has received over 3.4 million views. Given that he’s a Google partner (meaning that he’s chosen to display ads on his videos), he’d be able to earn a small amount of ad revenue per 1,000 views. Typically, the payout for users ranges between $2 to $5 per 1,000 monetized views depending on a few idfferent factors such as audience and location.

How much has Lil Reese managed to pull in from his Youtube channel so far? Assuming that he earns at least $2, then he would have already made a few thousand dollars from his videos.

On top of that, his overall income is also supplemented by what he makes from putting on concert performances. For instance last year, he performed over half a dozen dates across the United States from Sauget, Illinois, to Buffalo, New York. Previous to that, he had also done a few shows in Indiana, New York, and California. As far as upcoming dates go, it doesn’t seem like he has anything planned so far this year.

Now that we know more about his career, let’s revisit our original question- where did Lil Reese earn most of his $500,000 fortune from? From what we’ve discussed earlier, it can assumed that the majority of it came from his record sales, concert performances, and Youtube channel.

From what we can tell, he is not married. In fact, it’s currently unclear whether or Lil Reese is seeing someone at the moment.

Does Lil Reese Have Any Children?

Yes, he has a daughter named Aubri Taylor who was born on Father’s Day in 2014. The mother has not been identified.

Did Lil Reese Go to College?

No, he hasn’t gone to college. After getting into hip hop, he dropped out of high school to pursue a music career.

Where Did Lil Reese Get His Stage Name From?

Though we know his real name is Tavares Taylor, the origins of his moniker have not yet been revealed.

Where Does Lil Reese Live? Pictures of Lil Reese’s House

The 24-year-old currently resides in Chicago, Illinois where he continues to rap and record music. At this time, we do not have any further details on Lil Reese’s home, or photos to share with readers.

What Kind of Car Does Lil Reese Drive?

At the age of seventeen, Lil Reese was arrested for burglary charges, for which he pleaded guilty- he was ultimately given two years of probation by the judge. Then, in 2012, a video of him assaulting a woman surfaced on the internet. Shortly afterwards, he was arrested by Chicago police after they had found a warrant for his arrest. According to court records, he was later charged with mob action and battery as well as criminal trespass.

In 2013, Lil Reese was also arrested for what appeared to be motor vehicle theft after he was unable to prove ownership of a BMW 750Li that he had been driving, to Chicago officers. Though the charges for that were later dropped, he was arrested a month later for possession of marijuana and violation of his probation.

How Much Did Lil Reese Make Last Year?

We do not have any information on Lil Reese’s 2016 earnings at this time.

As mentioned earlier, Lil Reese released a joint extended play with Lil Durk titled, Supa Vultures earlier this month on August 11, 2017. A week later, he came out with his latest single titled, Here- within a month’s time, it has already racked up over 300K plays on Youtube.

Previous to that, he had dropped his latest mixtape, The Savagery on June 9, 2017.