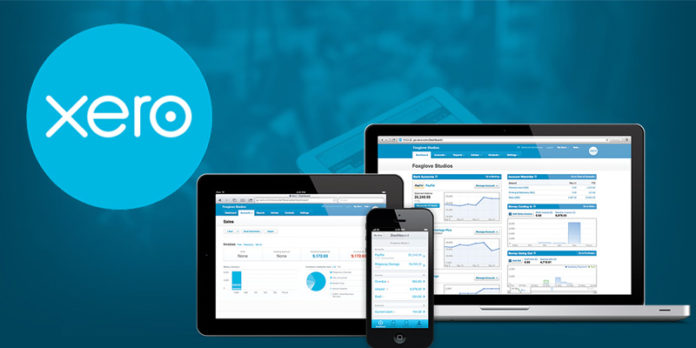 In what feels like another life, I used to work at a very small outpatient clinic in the middle of a very big city. Everyone, and I do mean everyone had to multitask to make what was a primarily psychiatric facility function enough to keep the doors open. That meant that the Records coordinator was also the Janitor, the Administrator was also HR and myself? Well, if I wasn’t dealing with patients, I was dealing with IT and on occasion even some accounting. Now, usually this wasn’t too bad. Actually, who am I kidding, running decade old machines with a server that could equal a decent potato in terms of speeds was always a pain in the neck, especially when using offhand accounting software. With these headaches of memories in mind, I decided to try out Xero and see how it fared.

A Bit of History

Some people, even people in the know, probably haven’t heard much about Xero before. Starting out in New Zealand, this accounting software was made in direct competition some years ago as a way to beat Quickbooks, which is often seen as the king of the accounting stack with estimates stating that the software has about 85% of the market share . It’s been about 11 years that Xero has been on the chase, and many people who have used both seem to be of the opinion that the two really are neck and neck. With around 16,000 global firms using Xero primarily, it may not have the numbers to match Quickbooks in terms of current licenses, but it has won the Forbs Innovative Growth Company award back to back, which is pretty impressive.

Getting Started with Xero

Now, when I think of accounting software, I think boring. Basically Excel on steroids, not that Excel isn’t an exciting program, but it’s as visually appealing as a slap to the face is seen as a sign of friendship. Such is not the case with Xero, as right from the login you get a nice Web 2.0 vibe that I can feel safe in assuming is due to a liberal smattering of CSS and JSON. If you’re new to the accounting game, you’ll also find the program littered with helpful videos on how to use the software and easy explanations of where to put what, from making contact forms to doing your first invoice. Each of the windows are easy to use, and customizing your invoices couldn’t be easier, allowing for a professional looking document in seconds. What was not fast however was trying to import a test group of accounts from .CSV over to Xero, which was a bit of a headache. And by headache, I mean pain due to tearing my hair out over having to reformat nearly everything to match their desired template. On the plus side, most of the options you start with after import are easy to work with, including connecting Xero to the company account for a better monitoring of your finances. Speaking of which, let’s take a look at their price breakdown. 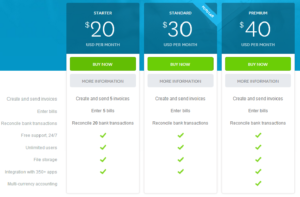 The price scheme of Xero is a little interesting. First, you’re given a free 30 day trial to see if you want to keep on board with the company, which is a good show of confidence. But after those thirty days, you’re given a few options. Are you a small company with a few big contracts a month? If so, then for $9 a month, you can get expense tracking, 5 invoices and bills, 20 bank transactions, and W2’s as well as 1099’s, if that’s your thing. For $30, you can get unlimited invoices and billing, direct deposit for employees and a payroll for 5 people. Next up for $70 is the premium service, where you can get all the aforementioned, plus payroll for 10 employees, and you can start working internationally with support for multiple currencies. From there, it increases to $90 for 20 people, $180 for 100 people, and each person after is $2 more a month. This means that Xero’s capabilities can grow with your business as you find new clientele and a need for new employees. One might notice that this is cheaper, but offers less features than say Quickbooks Online for the price until you start getting more employees under your belt. This can mean that “savings” ends up being limiting until you get to the higher plans where both plans and prices are superior. Now, while this is true for payroll, there’s one major price advantage to Xero: You can have unlimited users, meaning more or less full access to the program (which can be controlled by admins). This is about as rare as finding a unicorn in terms of accounting software, and just as appreciated. 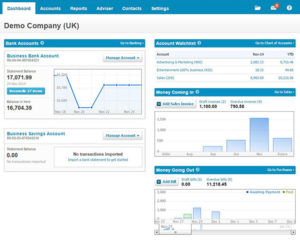 As mentioned above, Xero looks good and is easy enough to use. But what all can you do with it? In short, way more than Quickbooks. It appears that Xero really wanted to be a one stop shop no matter how big your shop happens to be. With the exception of Time Tracking and Multicurrency conversions, all features of the software are available at all levels of buy in, which include recurring invoices (with payment reminders), expense reports, Job Cost features, Inventory and Purchasing options. Basically, if you need it, it’s there as long as it has to do with finance. One feature I particularly liked is that under Payroll, one can not only take care of pay and time cards, but also handle taxes and time off requests within the same basic portals. This is improved as you can more or less use Xero as a scheduling app to make sure that people aren’t leaving the office empty, and can allow for management to approve time off within the program itself. Where it does fall a little short though is in the taxes section, which I had trouble working with in the state I was testing in. As it happens, not all 50 states are supported, and only 7 have direct payment options from the software, which leaves a lot to be desired. Hopefully this will be improved upon in the future. For bigger offices, a key option to have on hand default email messages that can be triggered for certain events, which is a pretty good deal as it can save a lot of time and repetition. There is also an API available to developers in case you have a techie who wants to play around with them, but I didn’t do anything more than a cursory look around in said API so I do not feel confident enough to comment on the potential quality. With regards to security features, Xero is pretty safe with two factor authentication, SSL encryption and regular penetration tests on their own systems to make sure things are as secure as possible.

All in all, Xero makes an excellent case for itself as to why it should be the Pepsi to Quickbook’s Coke. The price is right, the features plentiful, and the security is tight. The few gripes I did have with the system can reasonably be fixed (especially that tax issue; seriously shooting yourselves squarely in the kneecaps with that one), and hopefully will be soon. It’s far more appealing than most software of its type, and is easier to use than any I have previously encountered. For this reason, I’d give Xero an 8.5/10, and a hearty recommendation for anyone wanting to switch up how they do accounting.