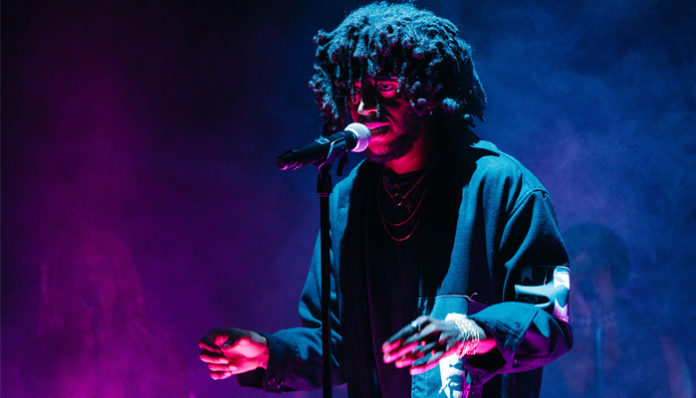 A young singer-songwriter from Atlanta, 6lack rose to fame with the release of his hit single, Prblms last year. Originally from Maryland, he signed with an independent label in 2011, after which he began to post his music online on Soundcloud. With his consistent and confident voice, he has won over thousands of fans over the past few years. Some of his earlier releases include the tracks, Summer Breeze, City is Bright, Photograph of You, and On & On.

Eventually signing with Interscope Records, the twenty something released a song titled, Ex Calling in early 2016. However, it wasn’t until later that fall that he was propelled to fame with the success of his next record, Prblms. His first charting single, the hit track has since gone platinum in the United States. Following his breakthrough, 6lack came out with his debut album, Free 6lack in November 2016, which was a success in itself.

How wealthy is the 25-year-old artist? According to sources, 6lack currently has an estimated net worth of $180,000. Where did such an amount come from? Let’s take a closer look at his career and find out.

How did 6lack Make His Wealth and Money? 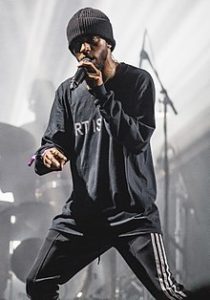 Born on June 24, 1992 in Maryland, 6lack (Real Name: Ricardo Valdez Valentine) spent the first few years of his childhood in Baltimore, before moving to Atlanta, Georgia with his parents at the age of five. Taking to music early on, he took up rap when he was still in elementary school. By the time he was in seventh grade, he was working on recording his own demo tape. Continuing with the hobby into his teens, he later got into battle rap in high school.

Eventually, he realized that battle rap simply wasn’t going to cut it- in his words, “the future wasn’t really promising in that.” Not wanting to have “a short-lived career”, the teen soon decided to learn how to make songs. After completing high school, 6lack went to Valdosta State University briefly, before leaving to pursue a music career. Signing with an unnamed independent label at the age of nineteen, he worked to perfect his sound over the next few years, uploading the results of his recording sessions onto his Soundcloud account.

Some of his early uploads include the tracks, Photograph of You, Summer Breeze, City is Bright, Knight Child, and On & On. Following a period of experimentation, 6lack landed a record deal with Interscope Records. Getting back to work at the studio, he later released his first single, Ex Calling in 2016. Though a decent effort, it wasn’t until his second record, Prblms that he garnered nationwide fame.

Made available as a digital download, 6black wrote most of the song, with help from Matthew Barnes and Jeryn Peters. A blend of alternative R&B and trap, the track contained a short sample from Irby Tremor, an original composition by Forest Swords. Produced by Nova, it peaked at number 72 on the Billboard Hot 100 and number 34 on the Hot Hip-Hop Songs. Within a month of its release, an official music video for the single was uploaded onto Youtube; to date, the MV has been viewed over 48 million times.

Nothing short of a breakthrough hit, Prblms has since gone platinum in the US with over one million domestic sales.

Then on November 18, 2016, the R&B artist released his debut album, Free 6lack via Interscope Records. Supported by the two above-mentioned singles, its production was handled by 6lack himself alongside Breyan Issac, Dot da Genius, Frank Dukes, Jared Gagarin, among a few others. Complete with 47-minutes of music, the project came with eleven tracks including Worst Luck, Luving U, Learn Ya, Never Know, Gettin’ Old, and Alone/EA6.

A decent hit, Free 6lack reached as high as 34 on the Billboard Top 200 upon its release. Within a few weeks, the album had also peaked at number 11 on the Top R&B Albums and number 5 on the Top Rap Albums.

Though it remains to be the only studio album that he’s dropped so far, 6lack has gone on to release a few singles including Loyal, Bless Me, That Far, and First Fuck, the last of which is a collaboration with American rapper, Jhene Aiko. Speaking of collabs, the twenty something has also worked with Malay, Syd, and J.I.D. in the past.

In support of Free 6lack, the rapper has been on tour since early January. His first worldwide tour, he’s already hit up dozens of cities across the globe from West Hollywood to Amsterdam, Netherlands. From the looks of it, 6lack will be continuing to perform into the fall- until November 29, 2017 in Tampa, Florida, where it’s scheduled to wrap up. For more information on his tour schedule, be sure to visit his official website.

Speaking of sites, fans are able to purchase an array of merchandise items via the Lvrn Store at shop.lvrn.com. From joggers to sweatshorts, there’s a little something for everyone- don’t forget to take a look if you’re a fan!

Though it’s unclear whether or not he’s currently married, it’s known that 6lack has been in a relationship with a woman, whose identity has not been revealed.

Does 6lack Have Any Children?

Yes- this past February, he welcomed a daughter named Rose Valentine into the family. Soon after he birth, the rapper posted a photo of her onto his Instagram account, which has since accumulated over 42,000 likes.

Did 6lack Go to College?

Before he decided to pursue a music career, 6lack attended Valdosta State University in Valdosta, Georgia. He later left the college after signing a record deal in 2011.

Where Did 6lack Get His Name From?

Allegedly, the rapper was given his current stage name from his OGS back in middle school. In his words, 6 “is a number that [has] followed [him] forever.”

Where Does 6lack Live? Pictures of 6lack’s House

The twenty something currently resides in Atlanta, Georgia. Unfortunately, specifics on his location are unavailable at this time.

Pictures of 6lbkac’s home have not yet been disclosed to the public.

Named “One of the 10 New Artists to Watch for” by Rolling Stone last year, 6lack has come a long way over the past couple of years. As of 2017, the rapper has already released a platinum single, as well as a charting album.

His newfound popularity in the hip hop scene has also allowed him to go on a worldwide tour this year.

How Much Did 6lack Make Last Year?

As mentioned earlier, the rapper is currently busy on the road for his first worldwide tour. For more information on the dates and venues, check out his official website at free6lack.com.