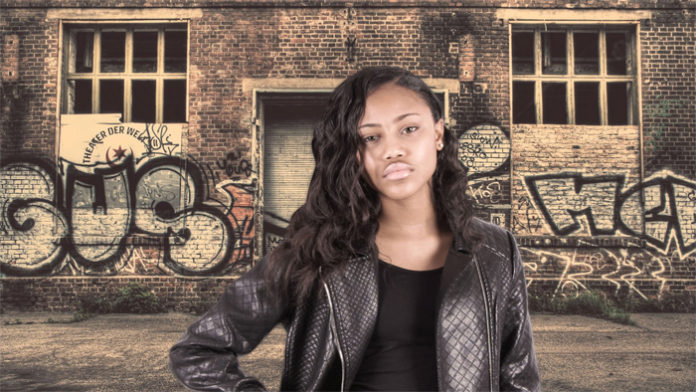 A multi-talented performer, Supa Peach’s popularity has been growing at an extraordinary rate on social media. A rapper, singer and model, the teen has amassed millions of fans around the world- on Youtube alone, she’s already reached the 230,000 subscriber mark. Aside from being active on the video-sharing site, the 14-year-old has also made herself known on several other platforms including Instagram, Twitter, and Facebook.

A singer ever since she was a young girl, Supa Peach dropped her first single, Why They Hatin Tho at the tender age of nine. Since then, several other titles have been released including Numero Uno, Run It, We Do What We Want, I Set Trends, and Cool With Me. More recently, her rise in fame landed her a spot on the Lifetime reality series, The Rap Game– a show on which she has the opportunity to score a record contract with So So Def.

As of 2017, how well off is the young rapper? According to sources, Supa Peach currently has an estimated net worth of $100,000. Where did the teen pull in such an amount from? Interested in finding out? Read on!

How did Supa Peach Make Her Wealth and Money? 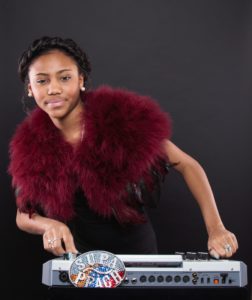 Born on March 7, 2003 in the Virgin Islands, Supa Peach resides in Puerto Rico with her parents and older sister, Precious Peach. Like many performers, she developed a love for singing and dancing at an early age- when she was still in grade school. When she was nine years old, she released her first song, Why they Hatin Tho online. Eventually going viral, the video for the track has since been viewed over 2.5 million times on the web.

That same year, Supa Peach had launched her own Youtube channel (with help from her parents) under the name, SupaPeachworld. Not only did she post her own songs, but she also uploaded a number of behind the scene videos including an autograph signing event at a local ice rink. Some of her early uploads include Supa Peach Performance in SC, Supa Peach & Friends Just Being a Kid, Supa Peach on the Young Jeezy, and Supa Peach (Performing Live @ DA Labor Day Bash).

As of September 2017, the teen’s subscriber count has grown to be over 230,000 on the site, with 52 million lifetime views. Assuming that she’s been monetizing her content (because who wouldn’t be?) through Google ads, she’d make a few dollars for every 1,000 views. To be more exact, Youtube pays its users anywhere from $2 to $5 for 1,000 monetized views; of course, they’d also take a cut from the total earnings.

While this may seem like a trivial amount, it can easily add up if you have enough views. For example, one million views on a video would roughly translate to a few hundred dollars in earnings. So, how much has Supa Peach banked from her Youtube channel? Let’s take a look- given that 40% of her 52.3 million views are monetized and that she’s paid at least $2 per 1,000 views, she would have already yielded over $40,000.

The way it is, the more subscribers she gets (e.g. more views), the greater her earnings become. According to statistics provided by Socialblade, Supa Peach’s Youtube channel has been growing slowly but steadily since 2016. On a daily basis, she currently gains upwards of 100+ new subscribers and 30K views across her videos. With time, it’s likely that she’ll end up making even more from Youtube.

Going back to the topic of her music, Supa Peach has released several singles over the past few years including the songs, Hot Check (Freestyle), Run It, Pretty Gang, I Set Trends, We Do What We Want, and Cool With Me.

Last year, her rise in fame landed her an opportunity to participate in the Lifetime reality series, The Rap Game (2016). Hosted by Jermaine Dupri, each season revolves around a group of aspiring artists who compete for a chance to sign with So So Def Records. One of the youngest contestants in the show, the competition gave her even more exposure as she made her debut on TV. Though she didn’t end up winning, she was able to collaborate on a track with the winner and other cast members.

Speaking of television appearances, Supa Peach has also appeared in a couple of episodes of Music & Murder (2017) this past year. According to IMDb, she will also be making an appearance in the upcoming film, Break Dance Revolution (2018), which will also serve as her movie debut.

As far as other sources of income goes, it’s likely that she receives a fair amount of endorsement offers on Instagram- considering the fact that she has over a million followers on the app. Constantly rising in popularity, her posts easily receive upwards of 10,000 likes each.

In terms of public performances, the teen hit the stage for the first time this past June at the Peabody Opera House in St. Louis, Missouri. For now, it doesn’t look like she has anything planned for the upcoming months.

At fourteen years old, Supa Peach is a little too young to be married- as far as relationships go, there have been rumors of her dating fellow The Rap Game star, J.I., though this has not been confirmed.

Where Does Supa Peach Go to School?

In her early teens, she is currently a high school student. We do not have any specifics on what school she is attending at this time.

Where Did Supa Peach Get Her Stage Name From?

The rapper’s stage name is derived from her real name, Peaches.

Where Does Supa Peach Live? Pictures of Supa Peach’s House

Unfortunately, we do not have any information on Supa Peach’s housing situation- having said that, it’s assumed that she currently resides with her parents (she is a minor after all).

Pictures of her house are unavailable at this time.

What Kind of Car Does Supa Peach Drive?

Supa Peach is currently too young to drive- check back in a few years!

At just fourteen years old, Supa Peach has managed to amass well over a million fans across the globe. Currently, she has one million followers on Instagram, 230K subscribers on Youtube, 40K fans on Twitter, and 35K likes on Facebook.

As far as her musical accomplishments go, she’s released several singles over the past little while including I Set Trends, Pretty Gang, We Do What We Want, Run It, and Numero Uno.

How Much Did Supa Peach Make Last Year?

Unfortunately, we do not have information on her 2016 earnings at this time.

As mentioned earlier, she had the opportunity to compete on The Rap Game last year.