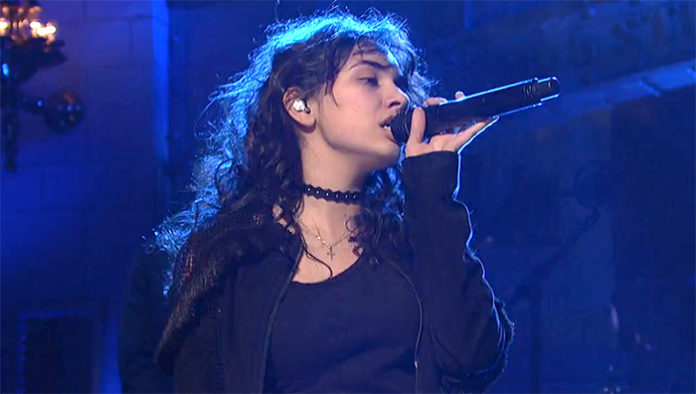 A singer-songwriter from Ontario, Canada, Alessia Cara has established herself in the music scene with millions of fans around the world. A musician since she was young, she landed a deal with Def Jam Recordings after posting a number of recordings onto Youtube during her teens. In 2015, she released her debut single, Here, a top five hit that later went multi-platinum in the United States.

Since then, the twenty something has released a number of additional songs, including Scars to Your Beautiful, Wild Things, and How Far I’ll Go, the last of which is from the Disney animated film, Moana. As far as full length projects go, Cara has dropped two- an extended play titled, Four Pink Walls and a studio album called, Know-it-All.

How successful is the 21-year-year old artist? For a lack of better words, how wealthy is she? According to sources, Alessia Cara currently has an estimated net worth of $4 million. How did she go about banking all of that? Let’s take a look, shall we?

How did Alessia Cara Make Her Money & Wealth? 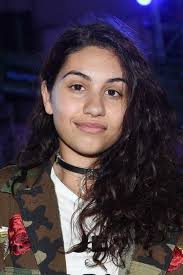 Born on July 11, 1996 in Ontario, Canada, Alessia Cara (Real Name: Alessia Caracciolo) grew up in the city of Brampton with her parents, both of whom are of Italian descent. As a child, she had always been enamoured with the performing arts; not only did she participate in theatre at a young age, but she also began to play the guitar when she was ten years old. Naturally inclined, she quickly taught herself how to play a few songs on the instrument.

A student at Cardinal Ambroizic Secondary School, Cara eventually launched her own Youtube channel at the age of fourteen, to which she uploaded a number of cover songs. Some of her earliest uploads includes her own renditions of Jessie J’s Price Tag, Adele’s One and Only, So Fly’s Elle Varner, and Amy Winehouse’s Stronger than Me. As word spread of her talent, her subscriber count soon began to grow.

With time, her presence grew and she was invited to perform at a number of radio stations including 104.1 FM WBMX. Then in 2014, she was discovered by EP Entertainment who after stumbling upon her Youtube channel, signed her to Def Jam Recordings- an event that marked the beginning of her professional music career.

On April 30, 2015, Cara released her debut single, Here through Def Jam Recordings. “A song about everyone who secretly hates parties”, it was written by Andrew Wansel, Warren Felder, Terence Lam, Robert Gerongco, and the artist herself. An alternative R&B song with elements of indie and soul, it was met with critical acclaim upon its release. Not only were the lyrics subject to much praise, but the song’s concept itself also received stellar reviews from critics.

One of the best singles of 2015, according to a poll conducted by Village Voice, Here ended up peaking at number 5 on the Billboard Hot 100; in addition to that, it also charted at the top of the Mainstream Top 40, Billboard Rhythmic, and Hot R&B Songs charts. Responsible for propelling her into fame, the single has since gone platinum three times in the US, with over 3 million domestic sales.

A few months after her debut on August 26, 2015, the Canadian artist released her first EP titled, Four Pink Walls. Produced by Pop & Oak, the project contained a series of bouncy pop songs and slow R&B jams- all of which were written by Cara herself. Preceded by the above-mentioned single, the tracklist consisted of four other tracks, Four Pink Walls, I’m Yours, Outlaws, and Seventeen.

An overall success, the extended play reached as high as number 31 on the Billboard Top 200; in her native Canada, it also peaked at number 11 on the Canadian Albums Chart. Well received, the EP earned many positive reviews including those from Rolling Stone and Exclaim! Magazine. By the end of 2015, over 12,000 copies had been sold in the United States.

Then on November 13, 2015, her debut studio album, Know-it-All was released. A follow up to Four Pink Walls, its production was handled primarily by Robert Eleazer and Tony Perez, with help from Malay, Kuya, Alessia Caracciolo, Pop & Oak, and Sebastian Kole. Upon its release, it peaked at number nine on the Billboard 200 with approximately 36,000 sales in the first week. Outside of the US, it also enjoyed success many other countries such as Canada, France, New Zealand, Norway, and the UK.

Lauded for being a “striking standout pop record”, Know-it-All boasted ten titles including, Scars to Your Beautiful, I’m Yours, Overdose, Stars, Wild Things, and Stone (Feat. Sebastian Kole). In support of the album, Cara also went on a two-leg concert tour, which came to an end in November 2015.

The next year, Cara recorded, How Far I’ll Go- one of the many songs included in Disney’s animated film, Moana (2016), which rocketed her back to the spotlight. Described as being “inspirational and sweet”, the uplifting track quickly gained popularity with the release of the movie in theatres. In the United States, the single reached number 56 on the Billboard Hot 100. Elsewhere, it also charted in Japan, Ireland, Canada, Belgium, Sweden, and New Zealand, among many other countries.

In addition to what she makes from record sales (which admittedly should be decent), the artist also banks a considerable amount from putting on concert shows. As mentioned earlier, she held a Know-it-All Tour (in support of the album) last year, where she performed well over 60 different shows across Canada and the United States.

More recently this summer, Cara returned to the stage for a few more concerts. Unfortunately, it does not look like she has any additional shows planned for later this year.

Aside from all that, Youtube is obviously another moneymaker for her, seeing as how she originally began her career on the site. Since she first created her personal account in 2010, Cara’s amassed over 480,000 subscribers with more than 37.2 million lifetime views. As of 2017, her number one video, the official audio for Wild Things has been streamed over 13.2 million times!

How much has she earned from her personal Youtube account? Typically, Google pays its partners (e.g. those who choose to display ads on their videos) upwards of a few dollars per 1,000 views (of course, the exact amount depends on a few factors such as location, audience, and content). To get a general estimation of her Youtube earnings, let’s assume that she makes at least $2 per 1,000 ad views, this would work out to be well over $20,000!

According to Socialblade, her primary Youtube account gains upwards of 25,000 views on a daily basis. As if that wasn’t impressive enough, her following also grows by a few hundred every day. Considering that, her ad earnings would easily go up with time.

But that’s not all- Cara also her her official Vevo channel on Youtube. Even more popular than her personal account, her subscriber count has already surpassed the 1.9 million mark! In total, her music videos have been viewed over 452 million times.

So there you have it- her $4 million fortune came from a mix of record sales, concert tours, and ad earnings from Youtube. Assuming that the 21-year-old continues to release new material over the next few years, it’s highly like that her overall net worth will continue to rise (just look at what Moana did for her!).

No, she is not married. Having said that, she is currently in a relationship with Kevin Garrett, a musician who has helped write music for Beyonce.

At this point in time, it’s unclear whether or not the two have any plans of tying the knot any time soon. Considering how busy she’s been with her music career, the guess is probably not anytime in the near future.

Does Alessia Cara Have Any Children?

No, Alessia Cara does not have any children that we know of.

Did Alessia Cara Go to College?

No, from what we can gather, the 21-year-old singer has not gone to college. She has been working on her burgeoning music career ever since she graduated from Cardinal Ambrozic Secondary School in Brampton, Ontario.

Is Alessia Cara Her Real Name?

Yes, and no. Her stage name is a shortened version of her real name, Alessia Caracciolo.

It’s assumed that Alessia Cara currently resides in Ontario, Canada, though this has not been confirmed. As this time, we do not have any pictures of the singer’s house to share with readers.

What Kind of Car does Alessia Cara Drive?

We do not have any information on Alessia Cara’s vehcie at this time.

At just twenty one years of age, Alessia Cara has five hit singles, all of which have received certification from the RIAA. For instance, her debut song, Here went platinum three times after charting at number 5 on the Billboard 200. More recently this year, her collaboration with Zed, Stay, also went platinum twice.

Over the past couple of years, the singer has received a number of industry awards including a Streamy Award (e.g. Original Song), a Juno Award (e.g. Breakthrough Artist of the Year), two Much Music Video Awards (e.g. Video of the Year, Best New Canadian Artist), among many others.

How Much did Alessia Cara Make Last Year?

Unfortunately, we do not have any details on Alessia Cara’s 2016 earnings at this time.

In addition to that, she’s also made a couple of guest appearances in the titles, Cuore Nerd, and The Other Side.