Bowery Kitchen Supplies Update — What Happened After The Profit 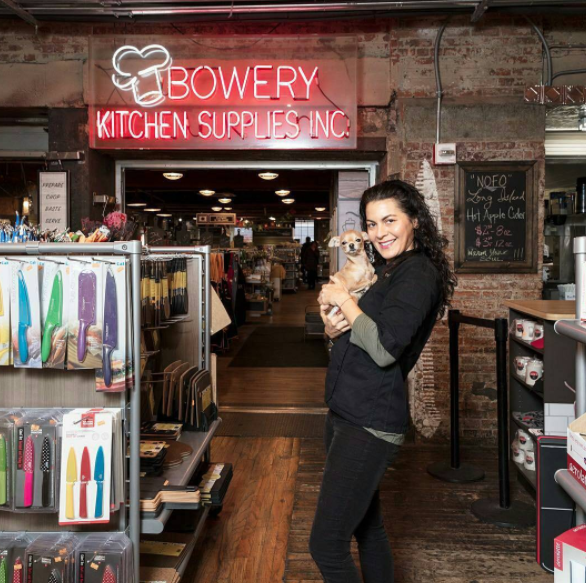 Bowery Kitchen Supplies Before The Profit

Established in 1997, Bowery Kitchen Supplies is a shop specializing in cooking gear used by pros and home cooks alike. Howie Nourieli brought his best friend, Robyn Coval, into the business together as a partner, and they’d soon partner in their private lives as well by getting married and starting a family. Eventually, though, the two would divorce, and the conflict would spill over into the business.

With the owners seemingly unable to agree to anything, the company’s profits dwindled to the point that they were no longer making any profit. Despite their reputation and an excellent location in Chelsea Market that generated lots of foot traffic, the business was in decline. Marcus Lemonis saw potential in the business thanks to its long establishment, its dual-channel business structure, and its appealing location, so he stepped in to see if he could help get it back on the right track.

Bowery Kitchen Supplies On The Profit 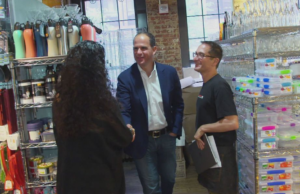 As Marcus made his first walkthrough of the store, he saw an impressive selection of knives but found the inventory confusing for potential customers. Items were arranged seemingly at random, walkways were tight and uncomfortable, and non-inventory items like empty boxes often littered the area.

Marcus talked to a couple of employees before finally meeting with Robyn and Howard. After hearing that this divorced couple were 50/50 partners, Marcus asked who was in charge. Robyn replied it was Howie since he started it first.

Marcus said the store looked “junky,” pointing out how there was no clear direction for the customer after entering. Howard showed off a couple of his most unique knives, including one with a real deer’s foot for a handle and a machete. They talked about the glass window and how they had previously put the glassware on display there, but Howard hated it so they moved it. Marcus asked if they sold more glassware when it was there, and both responded yes. The conflict between the two was showing as they spoke, and it was clear that Howard dominated the business decisions.

The company was doing around $3 million in annual revenue, of which about a third was from sales of knives, according to Howie. Marcus attempted to make a point about how the knives were clearly promoted as an area of expertise with an attractive display, so it was natural for them to sell more. Marcus felt the store wasn’t maximizing its sales potential for the amount of space they were using. Robyn commented that Howie bought a lot of things that weren’t selling so they had to put them somewhere, and that led to the chaotic arrangement they had. Howie couldn’t answer questions about managing inventory straight, and Robyn agreed their process needed a lot of improvement. Howie estimated about 600,000 items in inventory, and the general manager guessed 400,000.

Marcus talked privately with Laurie, the general manager, and asked what the biggest challenges were. Laurie replied that conflicting messages between the two owners was her top challenge. She also confirmed that Robyn was at the store more often. When Marcus asked where Howie was, she said he was often out with clients, or traveling. This seemed to conflict with the statements earlier that he was the one in charge. After inquiring with Howie privately, Marcus discovered that he was taking two months of vacation a year.

Marcus talked with the floor manager and found that Howie wants things done his way, even after disappearing for a while. Employees were frustrated with him and actually seemed to prefer when he wasn’t there. After Marcus felt he had a solid rundown of the business, he asked for the financials.

The business brought in over $3.1 million in revenue, and with the cost of goods at $1.3 million, the gross profit margin was comfortable. Expenses were dragging the business down, though, at over $1.9 million, netting a loss for the year. In addition, the company had nearly $500,000 in loans and liabilities and only $30,000 in cash. Robyn felt $185,000 of that, a loan from Howie’s brother, had been taken on without her knowledge or involvement.

After hearing everything, Marcus was ready to make his initial offer: $350,000 for 40% of the business. Howie and Robyn felt uncomfortable with an outsider owning more of their business than they did individually. They countered with an offer to be three-way equal partners, and Marcus accepted.

Marcus’s first objectives were to get merchandising in order and establish departments. He planned to develop a glassware brand for the company to help with the department development and, hopefully, to provide a platform for future expansion. Next, he’d be putting in a point-of-service system to properly manage inventory and liquidating any product that wasn’t selling to get more cash on hand.

Marcus started with a liquidation sale, letting products go at sharp discounts. The idea was to get an idea of what sells and how the customers flow through the store. Howie had objections to the items that were being liquidated and started to take things away, but liquidated items still weren’t moving.

Marcus brought in his contractors to handle the remodel, and a plan to liquidate the remaining inventory before that time was put into place. Marcus planned to meet with Robyn and Howie to discuss the direction of the new departments, but Howie was nowhere to be found. Marcus shrugged it off and put Robyn in charge. A good while later, Howie walked in late, and when Marcus updated him on Robyn’s ideas, he quickly dismissed them. Marcus pulled Robyn aside to let her know she needed to be firmer with her opinions, especially since she had some great ideas, and she obliged.

Marcus took Robyn and Howie to some suppliers for aprons and glassware for the new departments. After the liquidation was complete, he headed to the location to talk to Howie about some emails, but Howard was missing yet again. Howie was upset about not getting money to pay for payroll. After a discussion, it was revealed that Robyn had been hiding money from Howie to prevent him from spending it on unnecessary things.

As the remodel neared completion, the knife wall was still undone, and Howie was missing again. Marcus called him in once again to find that Howie had gone on vacation again, which clearly upset Marcus. An intense discussion followed between the three owners, and Howie finally seemed to concede that Robyn was important to the business and committed to working on the relaunch and being a better partner.

After the relaunch, the store looked remarkably better. Departments were distinct, products were clearly marked, and the interior design had a very home-like feel to it. The lighting was even themed around kitchen supplies like pots and strainers. The new layout added a new focus on the textiles and glassware sections, which Marcus projected could produce revenue twice or more than the old ones did.

Bowery Kitchen Supplies Now in 2018- The After ‘The Profit’ Update


Bowery Kitchen Supplies has done well since its relaunch. It maintains a Yelp review average of over 4 and a review score of over 4.6 on its Facebook page, which is pretty active. They also maintain an active Twitter account and Instagram page for showing off their wares.

In an interview with Gourmet Insider, Robyn noted that things have been flourishing since their appearance on The Profit. One of the biggest successes since the remodel has been the kids’ cooking section that she proposed, which she says has taken on a life of its own. She also noted that the owners and employees who appeared on the show have gotten some celebrity treatment, with some customers even wanting to take pictures with them.