George Wendt Net Worth- Just How Rich is He? 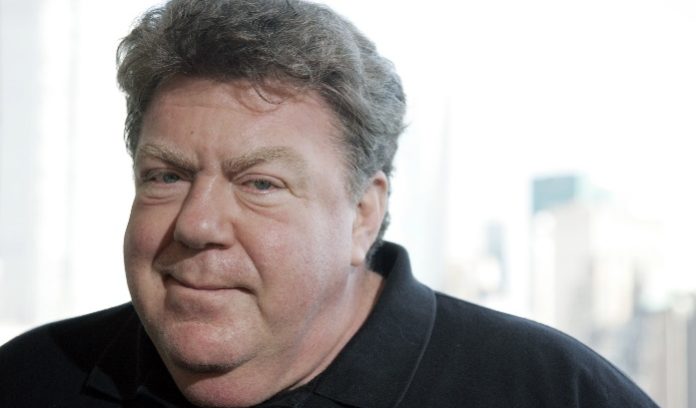 Norm! Been having a lot of fun with this series, Cheers is one of m favorite shows, even if I did come by it backwards. I watched Frasier first, and wanted to see where it all came from. George Wendt played Norm Petersen on every episode of the show, from 1982 to 1993, and the money he made then forms the backbone of his current wealth. The nice thing about being one of the stars of a long running popular sitcom is the checks don’t ever stop. But Wendt has more than Cheers under his belt, he has been working consistently for the last forty years, with a couple of projects on the go at all times. This year is is showing up in no less than three films and a handful of shorts. He is also an accomplished stage actor, and had a year long run in The Fabulous Liptones in the New Theater Restaurant in Overland Park, Kansas.

So let’s take a look through George Wendt’s life, see where he came from, where he made his money and where he might be going in the future.

How Did George Wendt Make His Money & Wealth? 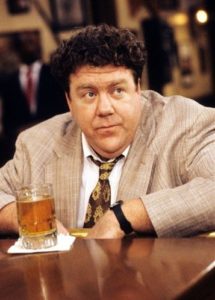 George Wendt was was born on October 17th 1948 in Chicago Illinois. Acting was far from the first thing on the younger George’s mind, he got his degree in Economics, eventually. He was expelled from Notre Dame after achieving a 0.0 GPA in his first year. He graduated from Rockhurst College in Kansas, Missouri with a BA. He never put the degree to use, as in 1975 he went to a viewing at The Second City, a Chicago based improv theater, and got a job there sweeping floors. It would be a another five years before Wendt got any role of note, with his 1980 performance in My Bodyguard. He began making a name for himself as a comedy actor, and landed a number of guest rolls on the sitcoms of the day, including Taxi, which Rhea Perlman also appeared, and showed up on the genre bending war show M*A*S*H* in 1982. 82 would be the year of Wendt, as by the end of it he had been cast as Norm Petersen, a major character on the now hugely successful sitcom Cheers.

Cheers was not a hit when it first aired. Critics loved it, in no small part due to how well the cast worked together, led by Ted Danson, glued by Shelley Long and helped along by George Wendt and John Ratzenberger. The critical acclaim, alongside the award nominations, helped secure a second season, and before too long the show was climbing the ratings ladder. The early days of the shows run would likely have only pulled in a couple of grand per episode for Wendt, when you consider the fact that it was the eighties, and the show was not yet popular, but by the middle of the run he was pulling in five figures per episode, and by the end six.

I cannot find concrete info on his income at the time, but working backwards from Ted Danson’s pay check, a cool $500,000 per by the end, and cross referencing that with how other shows paid their actors, before the advent of the power cast in Friends demanding equity, I think I have the estimate down. The new high profile brought to Wendt as a result of his Cheers fame allowed him to expand his horizons, and he appeared in a number of films, and a few guest spots on other shows, during Cheers’ run. Unfortunately, while his career has never really had a major slump, he never reached the same heights as his Cheers days, but he has put in a number of critically acclaimed performances on the stage. He even showed up in Hairspray on Broadway, a musical adaptation of the most consumer friendly John Waters flick.

Royalty checks are a major boon to a working actors career, and starring in a popular sitcom can set you up for life. Getting the role of Norm was a lucky break for George Wendt, and the fame and fortune he now has is largely down to the success of that show. Wendt has appeared in recurring character parts since Cheers, and they tend to pay pretty well, and his staffer position on Saturday Night Live no doubt increased his wealth further, but I feel I ma safe in saying that Cheers is the real money spinner.

He is. George Wendt married Bernadette Birkett in 1978 and the couple have remained together ever since. They have five children together, a daughter, two sons and two adopted kids.

Where is George Wendt from?

George Wendt is from Chicago Illinois. His family moved to Wisconsin before he attended High School, and he moved to Kansas Missouri for University, studying at a Jesuit College.

Why did George Wendt and John Ratzenberger go to the supreme court in 2000?

Paramount pictures, owners of Cheers, set up bars in a number of airports in the vein of Cheers, which included robots based on Cliff Clavin and Norm Petersen, characters played by Ratzenberger and Wendt on the sitcom. They claim to have created the characters, and were seeking ownership of them. There is a lot of truth to their claim, seen as Norm Petersen was originally George, and had only one line, with Wendt’s performance in the role the main reason for the expansion, while Cliff Clavin did not exist on the show until Ratzenberger suggested a bar know it all. The Supreme Court threw it out, and there has yet to be a conclusion to the proceedings.

How many different shows did George Wendt play Norm Petersen in?

He is one of only a few actors to play the same role on seven TV shows. He played the character on Cheers, The Simpsons, Wings, Frasier, The Tortelli’s, Family Guy, and St Elsewhere. His drinking buddy, Cliff Clavin, played by John Ratzenberger, shares the honor.