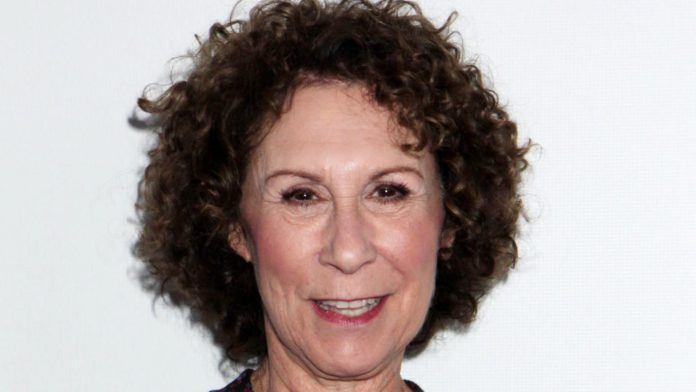 Rhea Perlman has been in the business for decades, putting in solid performances, and starring in a number of nigh profile productions. She got her start on the stage, where she met her future husband Danny DeVito, and that relationship would go on to pay dividends. Through her partner;s connections she got herself an audition for Taxi, a sitcom that DeVito starred in in the mid seventies, and landed the role of his girlfriend. That spring boarded her career to stellar heights and in the early eighties she starred in her most well known roll, that of Carla Tortelli in Cheers. The show was a huge success, and Rhea appeared on every episode. That role would form the basis of her fabulous fortune, and to this day she gets a check in the mail for syndication, as do the other stars of the show. Her film work in the 90s cemented her in my generations mind, notably Matilda.

Let’s take a long look at Rhea Perlman’s career, see where she came from, find out where she made the majority of her money and see where she might be going in the future.

How Did Rhea Perlman Make Her Money & Wealth? 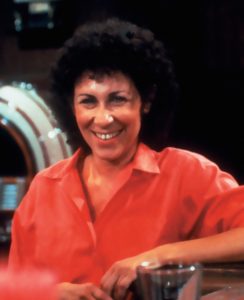 Rhea Perlman was born on March 31st 1948 in Coney Island New York. Rhea had always wanted to act, she studied drama from a young age, and graduated from Hunter College New York in 1968 with a BA in the Dramatic Arts. By the early seventies she was appearing in off Broadway plays, and met her future husband Danny DeVito, not a huge star at this point.She had a few film roles in the seventies, but it would not be until 1979 when she began to break through. Danny had landed the role of Louie De Palma on Taxi in 1978, and a year later they were casting his character’s girlfriend. DeVito suggested Perlman, and a good audition later she had landed the role. It was far from a major position on the cast, but five episodes for the three years she appeared isn’t bad, and is more than enough to spring board to bigger things.

Though she continued to appear on the stage, her big break would be on TV, when in 1982 she was cast as a major character on Cheers, alongside Ted Danson, Shelley Long and a whole heap of others. As an ensemble comedy they could all be said to be stars, and Perlman’s portrayal of the tough talking Carla won her fans all around the world. Eventually. You see, Cheers did not do well with audiences in its first year. The show was under threat of cancellation, but the high critical praise, the award nominations and the efforts of Brandon Tartikoff, then president of NBC’s Entertainment division, save the show. As we all know now Cheers would become one of the most well remembered sitcoms of the eighties, and I always get a kick out of going back to watch the run.

The money Perlman made on the show likely forms the backbone of her current wealth. Long running sitcoms go on generating income for the actors that appeared in them long after they have ended, so in this series looking at the cast of Cheers I expect to see a lot of $10 million+ bank accounts. In the early days of the show the actors would make a few grand per episode, but as it grew so too did the fee, with Danson topping out at $500,000, meaning that that the rest of the cast were more than likely in the hundreds of thousands per episode by the eleventh season. A solid foundation to build a fortune on.

Perlman leveraged the popularity of Cheers very well, and over the years has shown up in all kinds off places. Her film work in the nineties is where I remember her best, but she has also had recurring roles in a number of sitcoms over the last two decades, including The Mindy Project and Kirstie. While not huge money spinners, recurring roles net the actor in excess of $30,000 per appearance on average.Most recently she starred in Me and My Grandma, a YouTube Red show. The show has received modest praise, but seen as it also stars popular YouTube star Eva Gutowski, I imagine it is pulling in the cash.

Overall due to her time on Cheers, and a number of well paying films and TV shows Rhea Perlman is sitting on a lot of cash. I imagine going forward she is going to do whatever she wants.

She is married to actor Danny DeVito, but the pair have separated twice. First in 2012, before getting back together in early 2013. The couple separated again in 2017, on amicable terms. The couple have three children together.

Where is Rhea Perlman from?

Who many times has Rhea Perlman played Carla Tortelli on TV?

She played the character in five different TV shows, Cheers, Frasier, St Elsewhere, The Simpsons and The Tortelli’s.

She is, she is the author and creator of the Otto Undercover series. There have been six books in the series so far, with the last one released in 2007. The series is quite popular.

How many times has Rhea Perlman won The Primetime Emmy for Outstanding Supporting Actress in a Sitcom?

Rhea Perlman has won the award four times, tied for first place with Doris Roberts of Everybody Loves Raymond. Three of them were back to back too. She also ties for most nominations, with Loretta Swift, of MASH.

Who was Phil on Cheers?

Regular bar patron Phil on Cheers was played by Rhea Perlman’s father, real name Phillip Perlman. He moved to LA in the eighties to become an actor. He landed a number of small roles before Rhea got him work on the sitcom she starred in. He passed away back in 2015 at age 95.