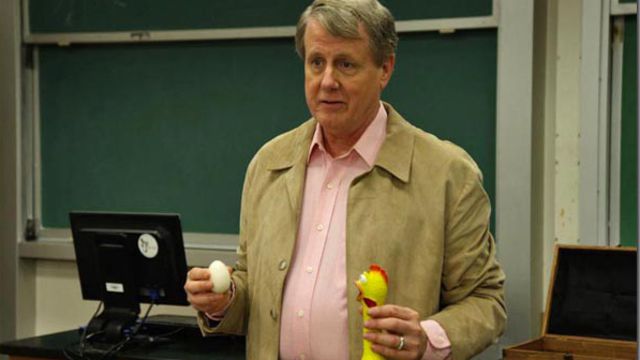 I had no idea who Harry Anderson was the first few times I watched Cheers. Don’t get me wrong, I loved Harry The Hat, but to me he was just a recurring character on the show. Since then I have watched most of his specials, a few of his Saturday Night Live performances and all of Night Court, and can safely say I am a fan. I’m rewatching Cheers as I write this, and not four episodes ago he showed up. Talk about the joy of recognition. Harry Anderson is a very talented comedic actor, in addition to being an excellent magician. I dabble in card tricks myself, and his stage act is well worth looking into, showing off a variety of tricks, sliding in a bit of mentalism, all under the guise of a conman, just top notch stuff. He was not a star on Cheers, and so the majority of his wealth did not come from the show, but Night Court was a major hit for him, he was the star and appeared in every episode, so that is where we will find the bulk of his fortune formed.

So let’s take a look at his life and career, see where he made his money and what he might be doing in the future.

How Did Harry Anderson Make His Money & Wealth? 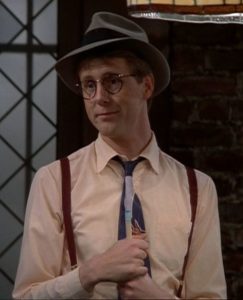 Harry Anderson was born on October 14th 1952 in Newport Rhode Island. His family moved to Chicago, and it was here that Anderson was introduced to sleight of hand magic. He became fascinated by the hustlers and card sharks he saw in The Pump Room, a restaurant in Chicago that his father brought him to. He worked on his craft throughout his teenage years, and he joined the Dante Magic Club. He would also frequent the magic castle, where he met and befriended Dai Vernon, legendary magician who lived there in his last years. He moved to San Francisco in 1969 where he made his money as a street magician.

He incorporated comedy into his patter early in his career, and was a regular at clubs in the seventies. By the early eighties he had made a name for himself, and joined the cast of Saturday Night Live in 1981. This would prove to be a spring board to greater things, landing a recurring role on Cheers in 1982. A quick special later and he landed his own show, Night Court.

Night Court was a major success for the young Anderson. He played the lead, Judge Harry Stone, who presided over late night cases in New York. The show ran for nine seasons, but unlike Cheers the shows dynamic did not move. The characters were the characters, and before too long it became stagnant. By the end of the shows run Anderson was pulling in a couple a hundred grand per episode, and actors salaries accounted for much of the production costs. It was cancelled in 1992.

Anderson’s career never hit those heights again. In the years since Night Court he has had only minor roles, and a few performances on talk shows. He continued to tour clubs with his conman character, and eventually bought a bar and club in New Orleans, where he did his act most nights. Katrina put an end to that, as his business was dependent on tourism, and he moved to Asheville not long after. His on screen career has almost completely stopped, with his most recent film, 2014 A Matter of Faith, being his last major credit. I was saddened to see him star in that, playing a straw atheist character for the enlightened creationist in the film to tear down. It is not known if Anderson shares the beliefs of the film makers, but it must be pointed out that he was married to an occultist for a while.

Overall, despite his early successes, Harry Anderson is not sitting on as big a pile of cash as one would expect. A shame, as he showed real promise early on.

Harry Anderson was married to Leslie Polack from 1977 to 1999. He then married Elizabeth Morgan in 2000. The couple are still together. He has two children.

Where is Harry Anderson from?

Is Harry Anderson a Creationist?

I don’t actually know. He did play a straw atheist in 2014’s A Matter of Faith, but he is a magician. There is a long tradition of Magician’s debunking charlatans, and it tends to lead to a more cynical person. It is more likely that he just needed the money, especially after losing his club. But his first wife was a self proclaimed witch, certified apparently, so what do I know.

Where did Harry Anderson get his start in Magic?

Anderson got his start with local card sharks who would often show off their sleight of hand skills to him. This kind of introduction is likely the main inspiration behind one of his most enduring characters, Harry The Hat. The conman character used a blend of cons and regular magic tricks, and a touch of mentalism, in his act. I have seen a fair number fo them, and they are always worth it. His variation of The Geek Trick, is hilarious, very much in the same vein, aha, as Penn and Teller’s gorier works.