The Best Routers for Comcast 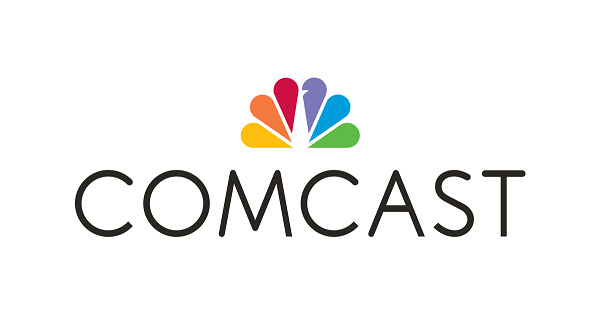 If you’re a patron of Comcast, you might be wondering what the best way to get your money’s worth from your network is. Fortunately, this is a list of five of the best routers available that are cheap and effective at getting you the fastest streaming speeds. Read on more to find out about what router is right for your Comcast network.

This router is actually a combination of a router and a modem. While it is a bit more expensive than some of the other models on this list at $76.60 from Amazon, this can save you money in the years to come yet. Typically, ISPs will require a modem and rent these out to the customer for anywhere from $5 to $10 a month. Your purchase of a modem will allow you to avoid these fees, which makes the SB6183 a much more desirable option. The most affordable model comes able to handle a bandwidth of 686 Mbps, which is more than your average consumer will have with Comcast.

The SB6183 is equipped with DOCSIS 3.0, making it compatible as a modem. The router is compatible with IPv4 and IPv6, which means that older devices won’t lose their connection as the world slowly switches over to IPv6 (which has more potential IP addresses.) On the back are four ethernet ports, which is pretty typical for your average router. Available for a low price, this modem is easily one of the best options, although it lacks any bells or whistles.

The TP-Link Archer C7 is just a router, but is a far beefier router than a modem/router combination could allow. The Archer C7 is dual-band and can handle 1.75 total gigabits per second. The two channels are 2.4 GHz, which runs 450 megabits per second, and 1300 megabits per second on the 5GHz channel. There are two USB ports which allow for files to be broadcast over the network, and even allow for files to be printed to a printer that’s on the network. There are additional functions, such as a guest network and IP-based bandwidth control, that really allow for a user to customize their router as much as they desire.

Keep in mind, the Archer C7 is just a router and does not include DOCSIS 3.0 software. This means you will either have to acquire your own router, or pay the monthly fee and rent one from Comcast. The Archer C7 is available for $79.91, or it can be bundled with the router for $150. Both of these prices were retrieved from Amazon.

Just like the TP-Link Archer C7, the AC1750 is equipped with a dual band Wi-Fi setup. It’s exactly the same; 450 megabits per second on the 2.4 GHz channel, and 1,300 megabits per second (or 1.3 gigabits per second) on the 5 GHz channel. However, Netgear is a bit more friendly in terms of device support and functionality. The Nighthawk AC1750 features Netgear’s Beamforming+ function, which allows for Wi-Fi signals to essentially focus on the router for a stronger network. NETGEAR also has their genie app, which allows for you to manage your network from any device in the world (so long as it has an internet connection.)

The back of the NETGEAR AC1750 has an input ethernet port (for supplying the network, obviously) and six output ports. There is also a USB 3.0 port, which can host files on your network. Available on Amazon is also a bundle with a 1TB external hard drive, which can be a perfect introduction into putting media on your own home network. The Nighthawk AC1750 is a bit more expensive than some of the other models on this list, coming in at 4 cents shy of $100 for a $99.96 purchase from Amazon.

The D-LINK AC1900 is a unique router thanks to its proprietary MU-MIMO software. Like the other two routers above, the AC1900 is equipped with dual band, although this speed is a little quicker. In the 2.4GHz channel, it can put out 600 megabits per second, and is capable of handling 1300 megabits per second in the 5GHz channel (a subtle 150 megabit improvement over AC1750 channels, although this is noticeable). UIt is equipped with MU-MIMO technology, which stands for “Multiple User/ Multiple-input Multiple-output,” which essentially is an intelligent routing function. The router will constantly view its own upload and download channels, and can adjust them accordingly based on how important it perceives your device.

The D-Link AC1900 is a router only, and will require renting or purchasing a modem. However, this is an extremely powerful router that is perfect for those looking to stream their own media within their own network. This is available for $120, although Amazon typically has deals on this specific brand of router that brings it down to $99.99 and eligible for Prime shipping.

Rounding out the list is yet another DOCSIS 3.0 equipped router and modem combination. Motorola is known for their networking utilities and devices, and I would place them a couple ranks below Cisco (still a very high honor). This router runs 32 channels, which means it’s capable of handling gigabit speeds without any issue. There is even a Broadcom modem chipset equipped on the MB8600 to monitor your own network, which can protect from and prevent/redirect denial of service attacks, better known as DDoS.

The MB8600 also comes with Active Queue Management, which allows for it to cache and reference any webpage or document. This allows for increased quality of life, such as faster webpage loading, lower latency, and a more stable connection. As mentioned, this is a router/modem combination, so this unit will cost a bit more at $160. However, you can expect to save upwards of $60 per year if your modem rental fee is $5 per month.

The AD7200 is also equipped with MU-MIMO technology, which virtually eliminates any lag (so long as there is enough bandwidth.) The Talon is powered by a 1.4GHz dual-core CPU, which makes it more powerful than some older laptops. The power and speed of the TP-Link AD7200 is unprecedented, but only for those willing to pay the high price.